The Bold and the Beautiful Spoilers: Zoe Buckingham Makes Herself A Target – Unaware Of Thomas’ Plans? 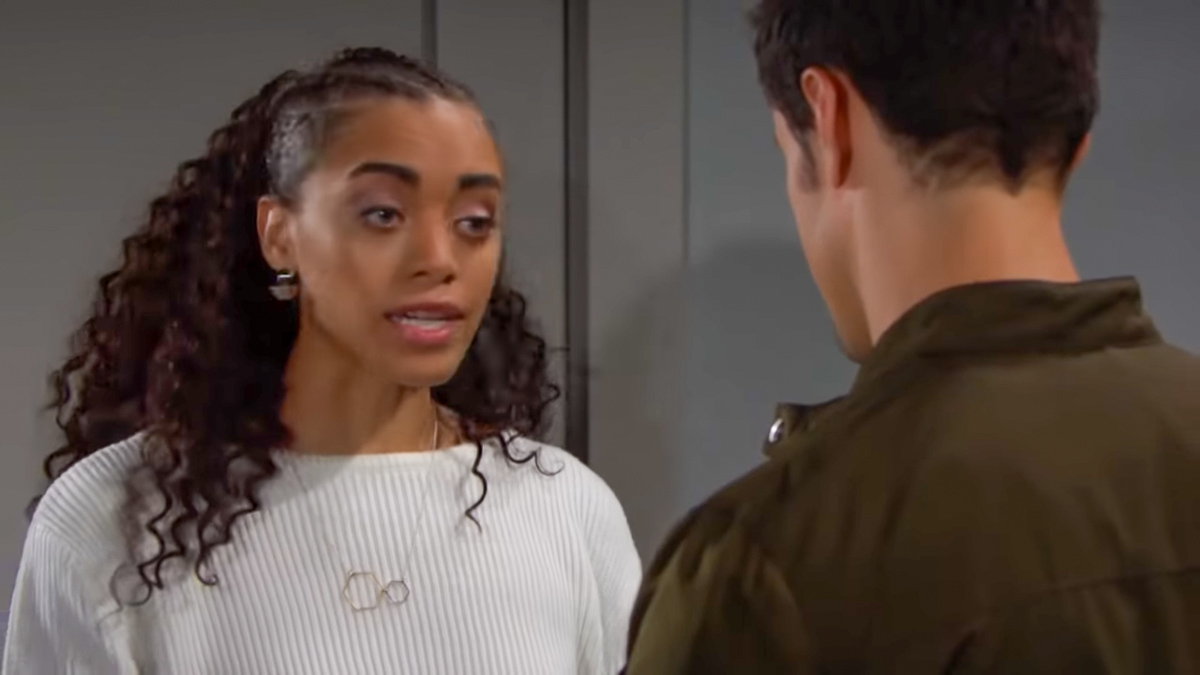 The Bold and the Beautiful spoilers tease that Zoe Buckingham (Kiara Barnes) appears to be overlooking Thomas Forrester’s (Matthew Atkinson) threats. They were made months ago and also impacted her then boyfriend, Xander Avant (Adain Bradley).

The kiss Zoe voluntarily gave to Thomas might make B&B fans reconsider if she happened to be in the same building as Atkinson’s character a few weeks ago. Is Zoe stalking Thomas like she did Xander in the past?

Assuming soapy circumstances wrote these characters together instead, then Zoe could either simply be using her contact with Thomas to restart her modeling career, as he recently promised, or she’s falling for him.

Thomas as convinced himself that Hope Logan (Annika Noelle) wants a relationship with him. That delusion is being fueled by Hope’s sudden turnaround, where she’s agreed to various private meetings with him.

While she pushes the topic back to Douglas Forrester (Henry Joseph Samiri) whenever Thomas revives his Thope fantasy, or a derivation of it, the essence of manipulation now exists within both characters, rather than just Atkinson’s.

While Hope told Thomas that she only sees him as a co-parent, she seems willing to walk on the edge in order to secure his signature on the adoption papers.

Zoe tried to tell Thomas that Hope isn’t interested in helping him and is purely aiming to adopt Douglas. He didn’t listen, instead choosing to continue believing that he’ll realize a future with Hope at some point.

This plot line feels like what it is. Zoe is out of work and sees potential in linking herself to Thomas.

Zoe seems to believe that she can become Thomas’ friend, serving as some type of sounding board. In return, he’ll use his regained access at Forrester Creations to plead her case for reinstatement.

However, like Hope, Zoe isn’t recognizing the deep danger she’s placing herself. Thomas is mentally unstable and has repeatedly demonstrated his heartless nature.

Yes, he does have moments of clarity. But following the death of Emma Barber (Nia Sioux), there’s no telling when he’ll strike again, or who his target will be.

The Bold and the Beautiful Spoilers: Thomas Sets A Trap For Hope – Throws Curve Ball Ahead Of Custody Battle https://t.co/vur6aCkODI pic.twitter.com/fNS7cGHunz

Bold And The Beautiful Spoilers – Dynamic Will Soon Change

Thomas would realistically be years away from ever gaining control at FC, which assumes that Steffy Forrester (Jacqueline MacInnes Wood) wouldn’t head the family company some day. So, some type of dynamic change will need to occur to not only supercharge the succession process, but to also neutralize Steffy.

Ridge Forrester (Thorsten Kaye) would need to suffer a health crisis, or be away from the company for at least a month in order for Thomas to gain the top spot. If Steffy isn’t neutralized, then Thomas will simply take advantage of his regained access to made some unauthorized decisions.

Of course, the Logan’s are still prominent parts of the company, which is something Thomas is seeking to change. It’s possible that the end of Bridge could spell upheaval. But much of the above has to play out for Thomas and his new ally, Zoe, to advance their plans.