Bold and the Beautiful Spoilers: Douglas Loses Thomas And Hope Is In Serious Trouble – Who Will Raise Him Now? 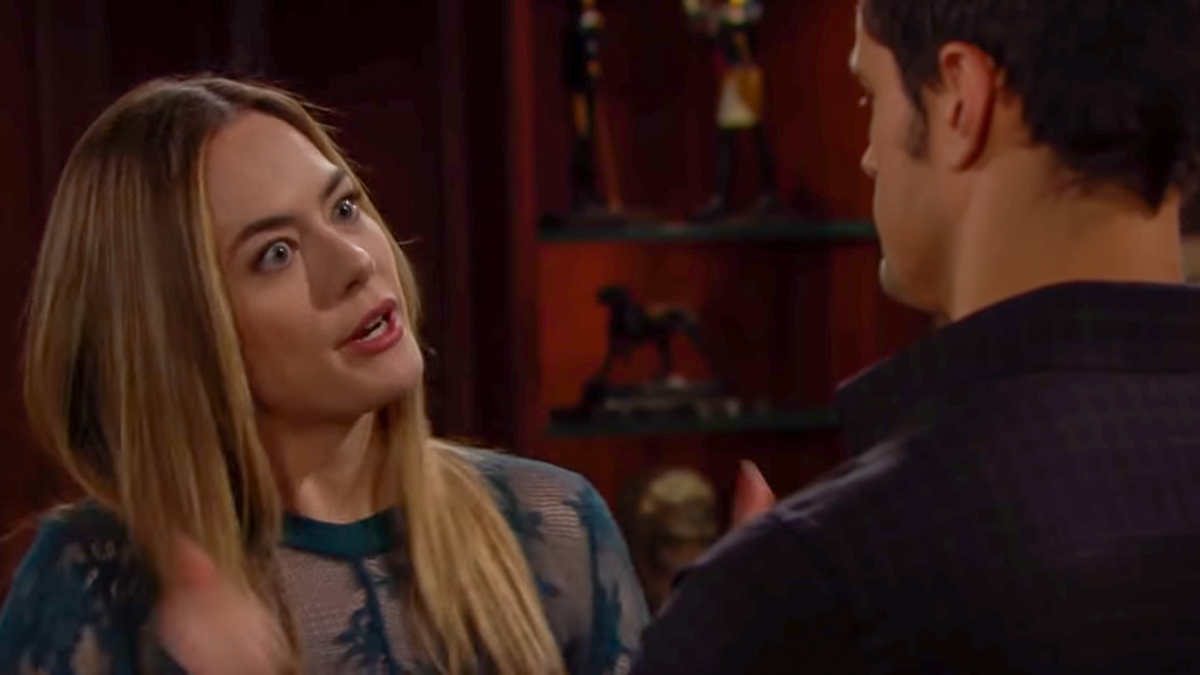 The Bold and the Beautiful spoilers tease that Hope Logan (Annika Noelle) was willing to take a great risk in meeting with Thomas Forrester (Matthew Atkinson) at Forrester Creations after work hours. She was told that Douglas Forrester (Henry Joseph Samiri) would be there and he was. He was the main reason why she went.

However, as B&B fans saw, Thomas took Douglas out of the main office after the spaghetti dinner was over. With Hope’s real focus gone, Thomas made another attempt to gain reciprocation for him agreeing to a creative adoption.

Brooke was also told by her daughter that this is simply the first intended step. After establishing a legal co-parenting arrangement, outside of the marriage that Thomas initially wanted, Hope plans to eventually pursue full custody of Douglas. That point has specifically been withheld from Thomas.

Thomas withheld what he knew about Beth Spencer (Madeline Valdez and River Davidson) being alive in the form of Phoebe Forrester for months. He even proceeded into marriage with Hope, allowing her to continuing grieving the perceived loss of her child with Liam Spencer (Scott Clifton).

No rational, honest person would act as Thomas did. So, it wasn’t surprising that Hope was horrified and felt justifiably betrayed when the Beth-Phoebe reveal happened.

However, Hope’s withholding of information, a form of lying, is the issue this time. Yes, Thomas is an unstable parent. But Noelle’s character is driving trouble through her actions now.

The Bold and the Beautiful Spoilers: Ridge Confides In Shauna About His Feelings For Her and Brooke @celebratesoaps #bb #boldandboldandbeautifulhttps://t.co/LSEfkpg5HO

Bold And The Beautiful Spoilers – Another Great Cliffhanger Projected

The appearance of Charlie Webber (Dick Christie) often is injected for comic relief. Such was the partial instance this time on B&B when the great character actor, Christie, was describing the use of hydrofluoric acid to Ridge Forrester (Thorsten Kaye).

The need for the dangerous chemical relates to FC’s washer materials needing to be thoroughly cleaned. Savvy soap fans instantly connected that development with the placement of Atkinson, Noelle, and Samiri’s characters in the building.

And so, the stage was literally set. After a scuffle, Thomas took a dip in the acid, and Hope naturally presumed he was dead.  One of two things could happen, Thomas could somehow survive and come back for revenge on Hope or Thomas could really be dead and Hope could be arrested.  Either way that leaves Douglas without his father, and replacement mother.

SOS is a leading source for everything linked to The Bold and the Beautiful. Check back regularly for B&B spoilers and news!