Coronation Street Spoilers: David Platt Gets Out Of Prison Thanks To Paul Foreman 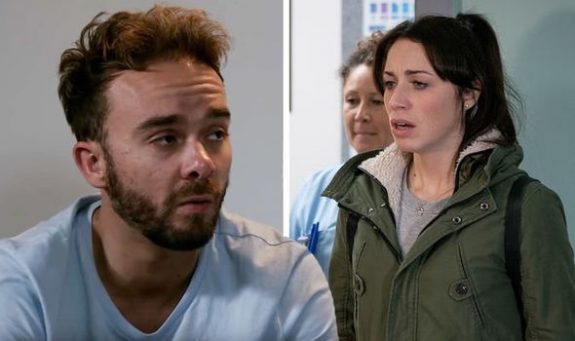 On the November 6 episode of Coronation Street, it seemed as if David Platt (Jack P Shepherd) would be realized from prison just in time to marry Shona Ramsey (Julia Goulding). Viewers may recall that he’s been in prison for stabbing Josh Tucker (Ryan Clayton). Billy Mayhew (Daniel Brockelbank) tried to convince Josh to come clean about the riot. However, Josh wants only to protect himself. He doesn’t want David to testify in court to prevent their past from coming out.

Billy confides in Paul that Josh raped David. The revelation was enough to convince Paul to do what needs to be done. He pretends to be a cleaner and he sneaks into Josh’s hospital room. Paul threatened Josh to change his statement and tell the truth.

Obviously, Josh doesn’t want to do what Paul says so the latter resorts to more threats. He said, he had connections in prison and if he doesn’t do what he wants, his remaining days will become “a living nightmare.” Paul continued to say that even if he did get out of prison, he’ll be waiting for him.

Scared of what might happen to him, Josh recants his story. David then learns what Josh did and called Shona to tell her the good news. He told her that he’s coming home and they could finally get married.

When Billy found out about the news, he immediately confronted Paul and asked if he, in any way, threatened Josh. Billy was furious, as expected, for putting himself at risk. But his anger melted away when Paul explained why he had to do it.

Coronation Street: Distraught Michelle Wants Robert To Fess Up – Will He Tell The Truth Or Run? https://t.co/onErXyZGnC pic.twitter.com/9cOwrZGW7u

Coronation Street Spoilers: Will David Make It To His Wedding?

As Shona prepares for the wedding, Bethany tells her she’s getting ahead of herself since David’s release hasn’t been confirmed yet. The question now is if David and Shona will finally get to say their I do’s.

Paul has helped turn things around for David but the people around the couple are becoming more skeptical. Will David make it on time or will he let Shona down once again?

Shepherd said, “It means everything to him to get married to Shona, but whether they can actually get married that day, he still doesn’t know.”

“Shona means the world to him. She really does keep David sane and stops him going off the rails. When his life looks completely miserable, he has to remember that he’s got her and two kids,” he continued.