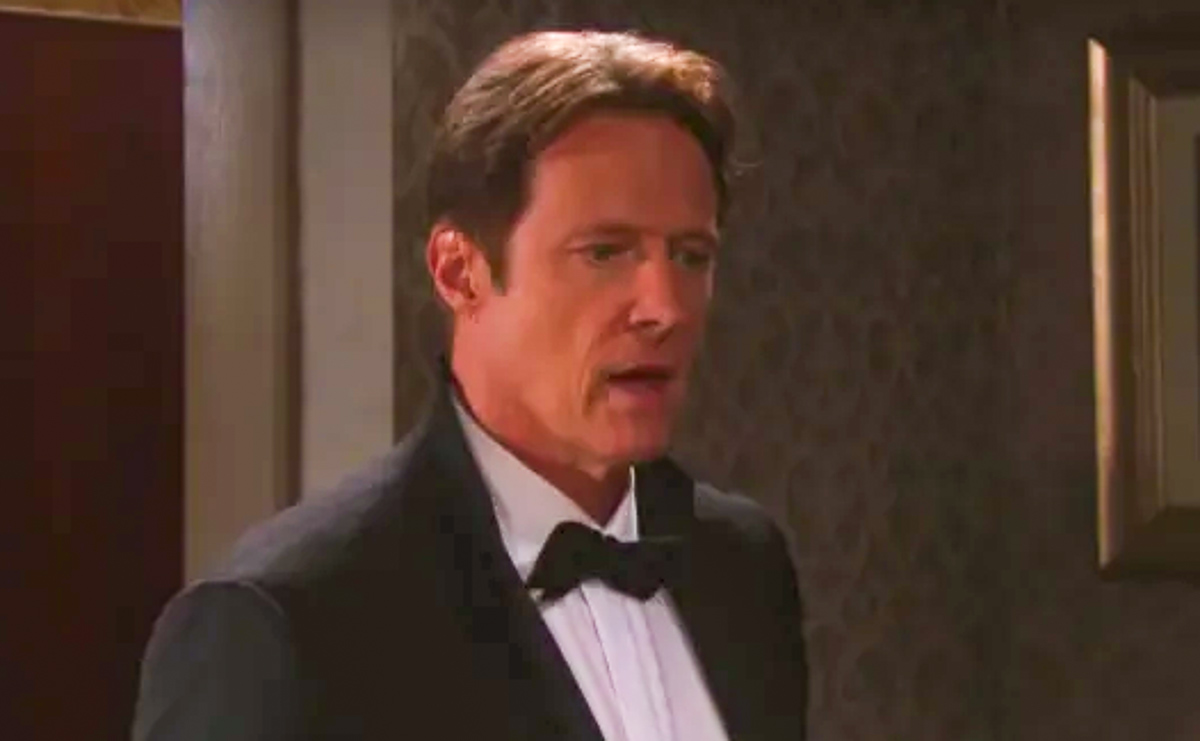 Days of Our Lives spoilers reveal that Jennifer Horton (Melissa Reeves) wakes up from her coma after the one-year time jump. Jack Deveraux (Matthew Ashford) shares some interesting news with her. The person responsible for her condition is in prison. However, that inmate isn’t Princess Gina (Kristian Alfonso), so who could it be?

The evening of Jack and Jennifer’s wedding, the bride came across some shocking information. The IT team at the Salem Spectator finally unlocked the flash drive. However, they did not look at the contents. This is what Jennifer was doing when Princess Gina showed up. Realizing that she discovered that Hope Brady had been transformed, Princess Gina admitted to it and then pushed the reporter off the balcony.

What made this even more tragic is that her body fell on the ground right in front of Jack and JJ Deveraux (Casey Moss). The fall didn’t kill her, but did put her in a coma.

Days of Our Lives spoilers tease that Princess Gina’s agenda that night was not to kill Jennifer. It was to retrieve the flash drive so her secret wouldn’t come out. However, when she got there, it was too late. Jennifer had already read the files and knew that Dr. Rolf was planning a transformation. While talking to Stefano DiMera’s (Joseph Mascolo) portrait, she admitted that she was not a violent person — but she was desperate.

Once Dr. Rolf discovered what Princess Gina had done, he will be filled with anxiety. The last thing he needs is anyone asking questions. That has already happened to Hope Brady aka Princess Gina. However, he doesn’t realize that Jack and JJ are on their way to find out if the mad scientist hurt Jennifer.

Days of Our Lives #DOOL Spoilers And Recap Friday, November 8 – Ben Finds A Body; Jennifer Wakes Up After A Year @celebratesoaps https://t.co/E3Wh5xMHCS

DOOL spoilers tease that at least two Salemites will be in jail when the time jump happens. Could one of them be Eve? Instead of Princess Gina being arrested, could Eve be blamed for pushing Jennifer off the balcony? It might be, especially since Eve made a drunken scene at the wedding and threatened Jennifer when speaking to Roman Brady (Josh Taylor).

Who do you think goes to prison for trying to kill Jennifer? Will Princess Gina remain free while an innocent Salemite is incarcerated for the crime?