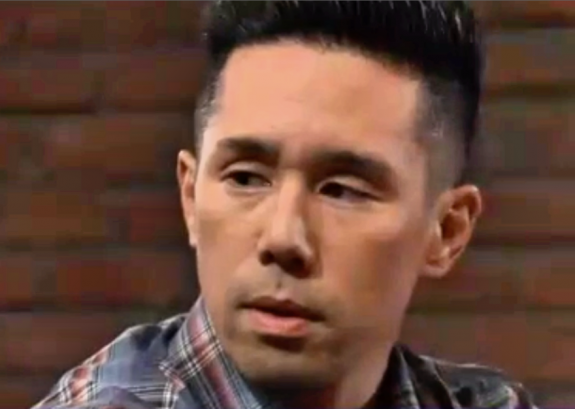 General Hospital spoilers tease that there are five key takeaways for GH fans to look for this week, from Monday, November 11 through Friday, November 15.

Dr. Hamilton Finn (Michael Easton), Hayden Barnes (Rebecca Budig) and Violet Finn (Jophielle Love) continue to work on being a family as Finn bonds with Violet, and Finn and Hayden finally discuss their own issues. It is a complicated subject as Finn tells Elizabeth Baldwin (Rebecca Herbst) that he and Anna Devane (Finola Hughes) will have a lot to sort out when she returns!

Hayden has plenty of complications herself, since she still has feelings for Finn, and she has told him, while at the same time she is still legally married to the not-so-dead Nikolas Cassadine (Marcus Coloma)! Later in the week, Hayden and Violet will have a visit that will be cut short; but why?

The aftermath of Charlotte Cassadine’s (Scarlett Hernandez) kidnapping by Cassandra Pierce (Jessica Tuck) plays out, as Valentin Cassadine (James Patrick Stuart) gets a disturbing phone call that may be from Cassandra, Lulu Spencer (Emme Rylan) panics when she realizes Charlotte is missing from Kelly’s, and Nina Reeves (Cynthia Watros) will be frantic!

Jason Morgan (Steve Burton) will visit Valentin, and this could have something to do with the search for Charlotte and Cassandra. Lulu and Valentin will find common ground, and Jasper Jacks (Ingo Rademacher) will be stretched to the limits of his patience when he finds out Nikolas is the one who helped Cassandra escape, and then she escaped from him!

Later in the week, Franco Baldwin (Roger Howarth) will make a decision whether to leave town with Kim Nero (Tamara Braun) as he had planned, or to stay in Port Charles. General Hospital viewers will recall from a recent episode when Scott Baldwin (Kin Shriner) told “Frankendrew” how Franco was sexually abused as a child for years by Jim Harvey (Greg Evigan) and protected little Drew, then called “Andy” from him and that led to “Andy” being taken out of Betsy Frank’s (Deborah Strang) home and put in a group home – for his own safety!

“Frankendrew” started getting tears in his eyes, and even though he may not opt to have his Franco memories and personality uncovered or restored, at least not right away, he may start feeling more protective of Elizabeth and her boys for “Bobby’s” sake, as the real Drew Cain (Billy Cain) did. This may make him decide to stay in Port Charles, and Kim will leave town probably because of this decision; Monica Quartermaine (Leslie Charleson) will be kind to Kim as she realizes what was before can never be again.

Lucas Jones (Ryan Carnes), after having a visit with ghost dad Tony Jones (Brad Maule) decides to shed Julian Jerome (William DeVry) for good after he admits to blackmailing Brad Cooper (Parry Shen) and creating the scenarios that caused Lucas to think Brad was cheating on him!

That will be the straw that breaks the camel’s back as far as Lucas is concerned and he disowns his birth father. Later, Brad will confront Julian. Brad may panic after Liesl Obrecht (Kathleen Gati) asks him how he covered his tracks and contact Julian for help but Julian’s not helping Brad anymore!

Sam McCall’s (Kelly Monaco) bench trial will start, and Attorney Diane Miller (Carolyn Hennesy) will defend her masterfully! Sam did the right thing when Cassandra escaped in front of her from the work detail by clobbering a guard over the head with a shovel!

She stayed with the guard and assisted as best as she could, calling for help, although she only had the guard’s walkie talkie; and once Jason Morgan (Steve Burton) arrived, looking to see her, he called 911 and Detective Harrison Chase (Josh Swickard) promised to testify in Sam’s behalf at her trial. Jason will also make a statement.