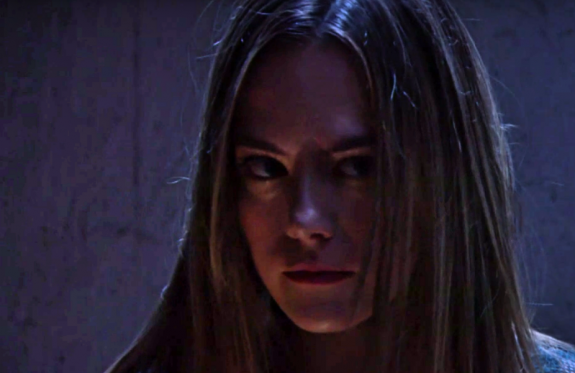 The Bold and the Beautiful spoilers for the week of November 11-15 reveal a lot is going to happen. Hope Logan (Annika Noelle) will feel guilt over a suspected death. Ridge Forrester (Thorsten Kaye) fumes at the Logan women. Plus, it’s full “Steam” ahead when one former couple shares a tender moment.

B&B spoilers tease that Hope will fear the worst as she can’t find Thomas. As fans recall, on Friday’s episode, she saw him fall into a tub containing a dangerous chemical. Does this mean that his body disappears? It is possible that Hope assumes that Thomas is dead and that the hydrofluoric acid dissolved his body.

The Bold and the Beautiful Spoilers: Jealousy Takes Hold of ‘Lope’ – Hope Chooses Douglas Over Liam and Baby Beth

It is revealed that Steffy Forrester (Jacqueline MacInnes Wood) has a lot to say to her father. She has a very real conversation with Ridge about what Brooke Logan Forrester (Katherine Kelly Lang) is capable of.

The Bold and the Beautiful spoilers for Wednesday tease that Liam Spencer (Scott Clifton) is shocked to learn that Hope is the legal mother of Douglas Forrester (Henry Joseph Samiri). This means that he is stretched even thinner when it comes to parental responsibilities. He already barely has time for the two children he shares with Steffy and Hope.

Bold And The Beautiful Spoilers: Ridge Forrester Gets Into A Rage

On Thursday, expect Ridge to go into a rage when he learns that Hope manipulated the situation with Thomas. He isn’t happy that the two now share custody of Douglas. In fact, Ridge will lose his temper and accuses Hope of using Thomas’ feelings to hand over his child. Also, Hope will feel guilty when she is told that Liam is returning to Spencer Publications.

B&B spoilers reveal that on Friday, things will come to a head between Ridge and the Logan women. The tension between the two families reaches epic proportions. While Ridge rages, Brooke tries to diffuse the situation by covering for Hope. However, the truth is always exposed on soap operas, even if it is years later.m It is only a matter of time before Hope’s actions are revealed, along with Thomas’ true fate.