The Young and the Restless Spoilers: Billy’s Dark Side Emerges Again While Adam Sparks Trouble 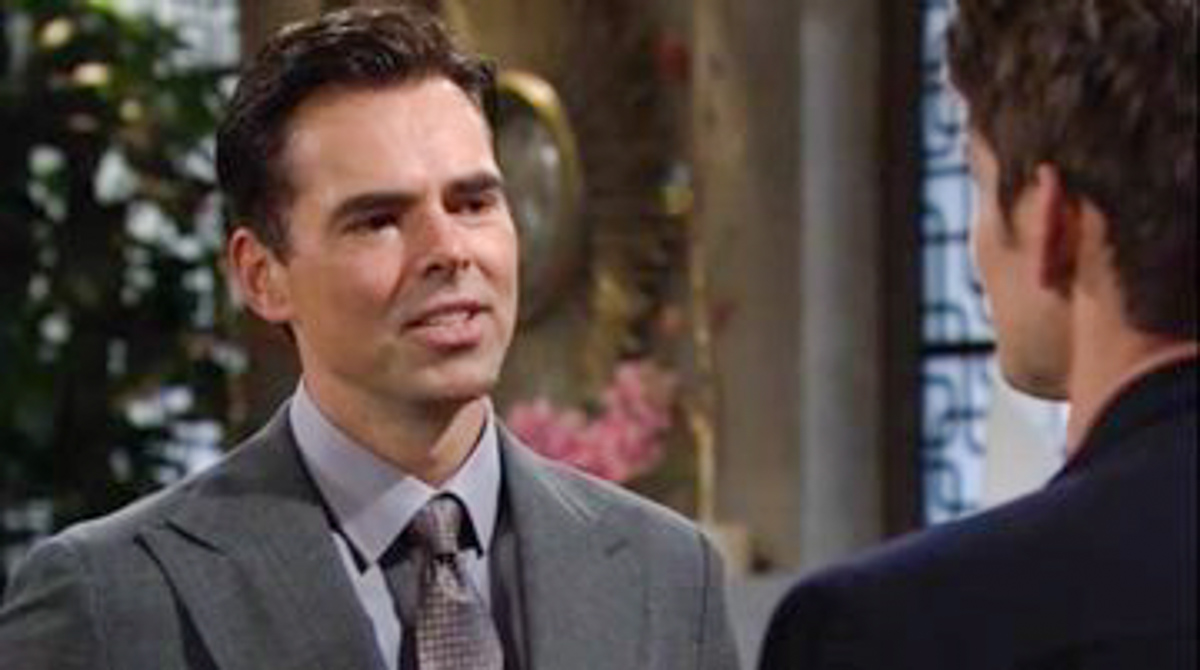 Billy Abbott (Jason Thompson) weaved his feelings about one topic into another on ‘The Young and the Restless’. Kyle Abbott (Michael Mealor) was listening to what his uncle said about Theo Vanderway (Tyler Johnson) and the link that was made to Cane Ashby (Daniel Goddard).

The thrust of what Billy was saying didn’t involve the debunked belief that Cane was his brother and that Theo might not be Kyle’s cousin. DNA evidence has confirmed that Johnson’s character had a deeper purpose after all, he’s Dina Mergeron’s (Marla Adams) grandson.

It felt too easy. The extended lead-in to Billy’s mental disintegration resolved within days at the boat house?

Chloe Mitchell (Elizabeth Hendrickson) and Vickie served as Billy’s therapists and poof, his problems were gone. That seemed like a push under the plot rug for later use, with that scene time being revisited now.

Yes, Billy’s alternate personality hasn’t been quashed. Oh, he’s doing all the right things in seeking therapy and sticking to his routines at home and work. But Adam Newman (Mark Grossman) is in town and whenever Billy spots his mug the flame in his mind reignites.

Adam ran into Billy at The Grand Phoenix recently. The foes talked and decided to call a truce. Each would stay out of the other’s way.

Billy lost Delia Abbott (as then played by Sophie Pollono) six years ago last month. She was struck in a hit and run, still presumably believed to involve Adam.

Adam was nearly stuck by a car on the same, infamous Route 7 earlier this year. But he didn’t die, as Chloe pushed him out of the way just in time.

Knowing that each could destroy the other, both men verbally opted to move forward. Whether they do will remain in question.

‘The Young and the Restless’ Spoilers: Kyle Is His Own Worst Enemy – Theo Deserves A Chance https://t.co/ZxtAhqwra5 pic.twitter.com/Tafy2xncEd

Young And The Restless Spoilers – Past Revisited Once More

Clearly, these battles aren’t over. The plural use in the last sentence means the battle Billy is fighting with himself and the one he’s suppressing against Adam.

It would be worthwhile for Y&R to revisit the night Delia died. Doing so could clarify if Adam actually accidentally struck her, or it was the other driver, who’s face was never shown.

Billy could get past his feelings about Adam if Grossman’s character is revealed to be innocent. If that development is actually written, Adam’s persona would be altered as well.