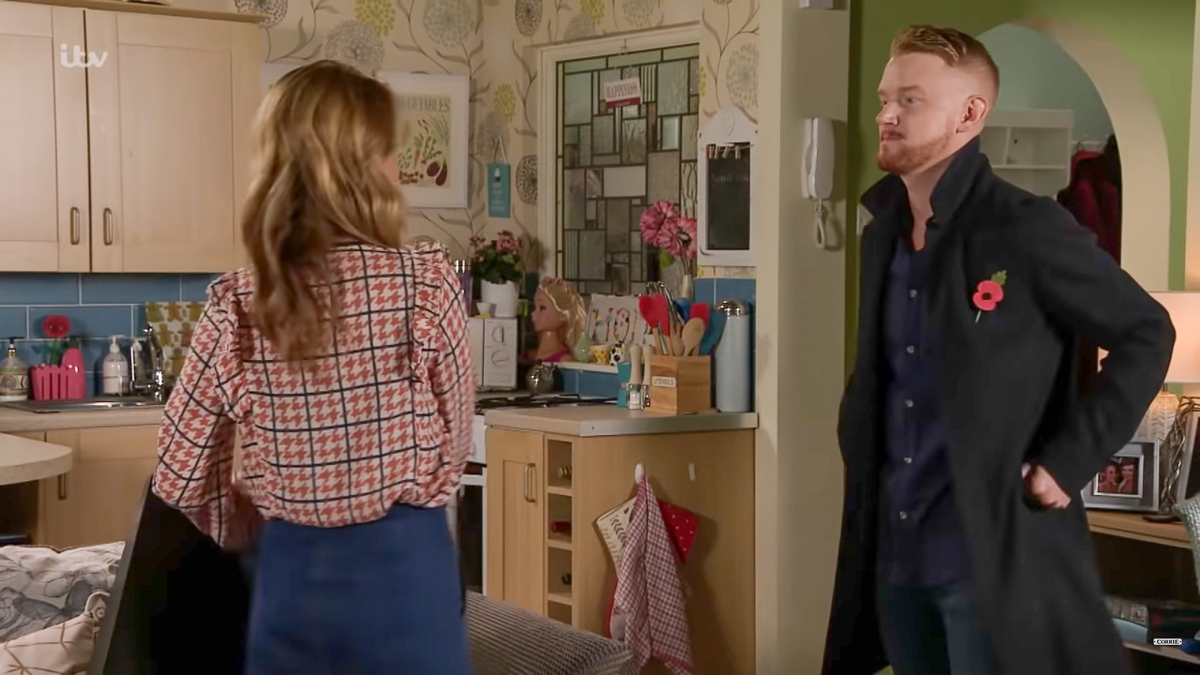 On “Coronation Street,” Ali Neeson (James Burrows) and Gary Windass’ (Mikey North) feud over Maria Connor (Samia Longchambon) is just getting started. This time, Ali tries to take Gary on by threatening to expose that he’s a loan shark, to Maria. However, Gary gets the upper hand. He takes out Ali’s phone from his pocket and plays his message from Toyah about his drug addiction. What could Ali’s fate be? Will he be Gary’s next victim?

Gary is the cobble’s newest villain and he’s getting his own way these days. He gets what he wants regardless of the how. Now, the ruthless local has his eyes on Maria and has no plans of sharing her with anyone.

Ali could very well be the only person that stands in the way of him being with Maria. He likes to keep his newfound relationship with the latter. However, Gary feels uncomfortable knowing that Maria may still have some feelings left for Ali.

Because of the threat that Ali poses, Gary has done some digging and found out his addiction to painkillers. Ali’s brother, Ryan Connor(Ryan Prescott) was quick to warn him not to cross Gary. He’s been beaten by the loan shark so he is the best person to tell him to steer clear of Gary.

Coronation Street Spoilers: David Platt Gets Out Of Prison Thanks To Paul Foreman

However, Ali is not backing down. As he heads to the furniture shop to confront Gary, he finds his ledger, which makes him realize that Gary is working as a loan shark. When he comes face to face with Gary, Ali threatens to expose his shading activities with Maria. However, Gary is not someone who takes threats lightly. He forces Ali to hand over the ledger by playing a Toyah’s message about his drug addiction.

Viewers may recall that Gary was responsible for the factory roof collapse that led to the death of Rana. Then he had a violent showdown with loan shark Rick and Gary eventually killed him.

Corrie Spoilers – North Says It’s All Because of Sarah Platt

In an earlier interview with Metro.co.uk back in July, North attributed the significant change in Gary’s personality to losing Sarah.

“I still maintain that Sarah is the reason why he went out and did a lot of the stuff in the first place. He really did love her and he never meant to hurt her or drag her into this…Now he’s lost her as well he’s got nothing to lose and that makes him quite dangerous,” North said. Could he finally turn over a new leaf once he finds out that Maria is pregnant with his child? Or will he get rid of Ali, first?