General Hospital Spoilers: Sam’s Freedom On The Line – Will Diane Lose This Case For Her? 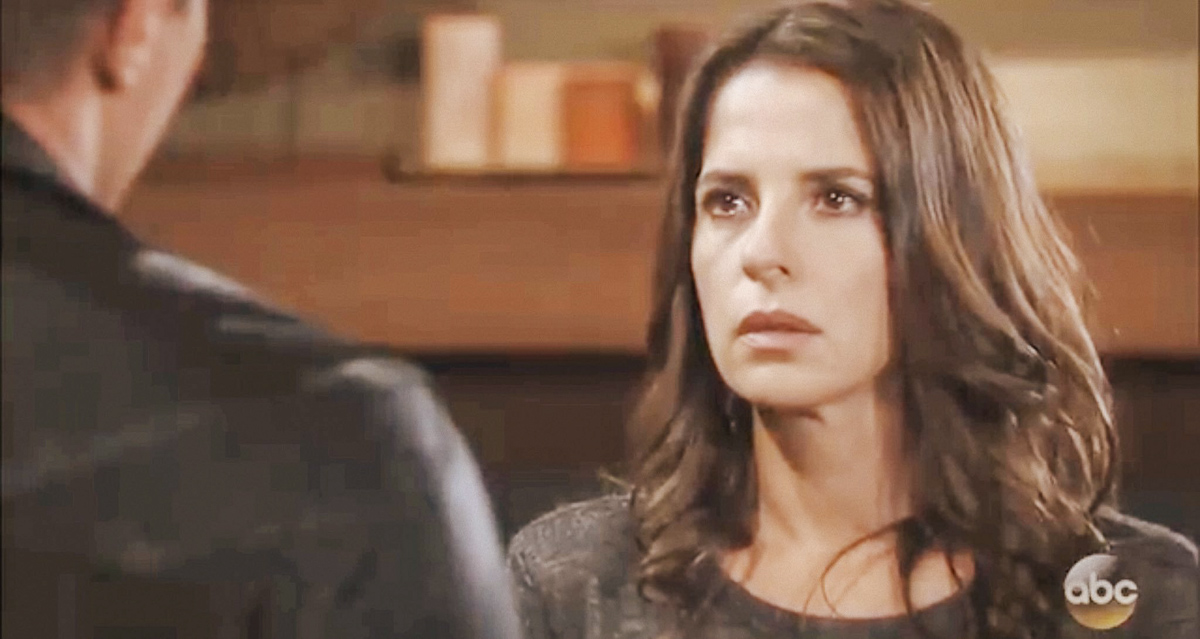 Other General Hospital spoilers say that Attorney Diane Miller (Carolyn Hennesy) will defend Sam masterfully, which does seem to imply a win in the courtroom. General Hospital viewers will recall that when Sam was in Rice Park on work detail, along with Cassandra Pierce (Jessica Tuck) who escaped with the help of Nikolas Cassadine (Marcus Coloma) that Sam helped the guard who Cassandra clobbered in the head with a shovel, the best she could, and had attempted to call the other guard who took another group of inmates to another part of the park on a walkie talkie to get help, but apparently they had gone out of range.

However, Jason Morgan (Steve Burton) arrived in the nick of time, and was able to call 911 and the guard will be okay. When Detective Harrison Chase (Josh Swickard) and another police officer arrived in response to the 911 call, along with the paramedics who had already arrived, Chase told Sam that her helping the guard and the fact that she didn’t run for it with Cassandra should look good on her and that he would testify in her behalf at her trial concerning this.

GH Spoilers – This Is A Bench Trial – There Will Be No Jury, Only The Judge Presiding

As discussed earlier by Diane when she was laying out options and ideas for Sam and Jason, a bench trial only has a judge who will make the decision; bench trials are assigned dates more quickly than jury trials, and Diane assured Sam that a judge she knew would be fair and rule without prejudice would be on circuit for the next few weeks. The judge Diane had hoped would preside over Sam’s trial will be presiding and Diane is pretty sure that she can get Sherri Cottle’s (Jerin Forgie) testimony thrown out as hearsay. Besides, Sam and Jason were recorded without their knowledge and so that may be inadmissible as well.

Diane will enter all the evidence that originally got Sam’s charges dropped with the PCPD, before Bryce Henderson (Brian Gross) gave phony testimony which the Feds jumped on and took over the case. Now, the Feds will still have their prosecuting attorney in the court, so Diane may not be working with District Attorney Robert Scorpio (Tristan Rogers) she’ll be working with whoever the Feds have as a prosecutor. But the judge will still be someone in Port Charles’ circuit since this will not be tried in a Federal court.

There is only one possible way that Diane could lose the case, but it would involve the Feds trying to get it moved to Federal court, and getting the case thrown out of local court. This seems unlikely, but since they got the jurisdiction moved because of the crime happening on the ocean, it is possible! However, if that were to happen there would be no verdict, because they would have to wait on a date and a federal judge!