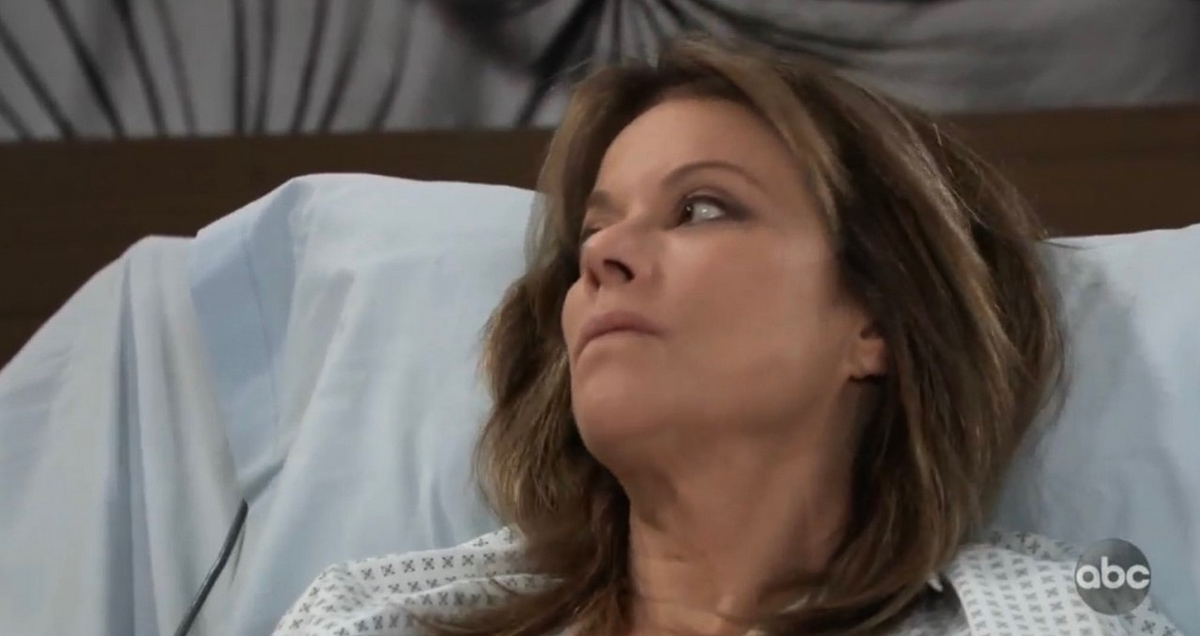 Alexis Davis hasn’t seen Neil since he brought Chinese food for them to eat and she became ill. She was taken to General Hospital by her youngest daughter, Molly Lansing-Davis (Haley Pullos) when she found her nearly unresponsive on her couch Halloween morning. Dr. Hamilton Finn (Michael Easton) put her through a battery of tests to find out what was wrong and how to treat her but so far to no avail. Alexis soon developed painful rashes on her hands and feet and then started losing clumps of hair! Alexis probably doesn’t want Neil, a man she is interested in and has been dating, to see her in that condition, but he will pay her a visit anyway!

As General Hospital viewers know, Alexis has been poisoned by her personal trainer, Kendra Lennon (Michelle Argyris). Kendra, in all likelihood a former Dawn of Day member (the cult dissolved upon the incarceration of the head of the Beechers Corners location and the death of the founder) was contacted by Shiloh Archer (Coby Ryan McLaughlin) shortly before his death.

Even though he knew he could not use the information in Kristina Corinthos-Davis’ (Lexi Ainsworth) pledge since she lied in it and Alexis had already been tried and gotten community service for the hit and run of Kiefer Bauer (Christian Alexander) years ago, he could put Kiefer’s much older sister, Kendra, onto Alexis and where she lives, which he did! Now Kendra has put some kind of poison in Alexis’ nutritional drink, which is part of her training protocol. Viewers will recall Kendra visiting Kiefer’s grave and telling him she would get revenge for his death!

Neil of course is very concerned for Alexis, and especially when he finds out the doctors don’t know what is wrong with her and she is getting worse rapidly. If Finn, an infectious disease specialist, hasn’t been able to get a diagnosis yet, then Neil knows it has to be something bad, and possibly something rare!

He is not a medical doctor but as any psychiatrist is, he does have some medical training or he would not be able to prescribe medicines. At this point Alexis may be afraid that she could die from this condition before it can be diagnosed, although she will do her best to hide it and cram her feelings down when Neil is visiting her. However, psychiatrists are also trained to spot mental and emotional states by looking for signs such as body language, tensing up, and emotions showing up in their patients’ eyes. Alexis won’t be able to fool Neil by putting on a brave face!