The Young and the Restless Spoilers: Chance Saves Adam Before Simon Kills Him? 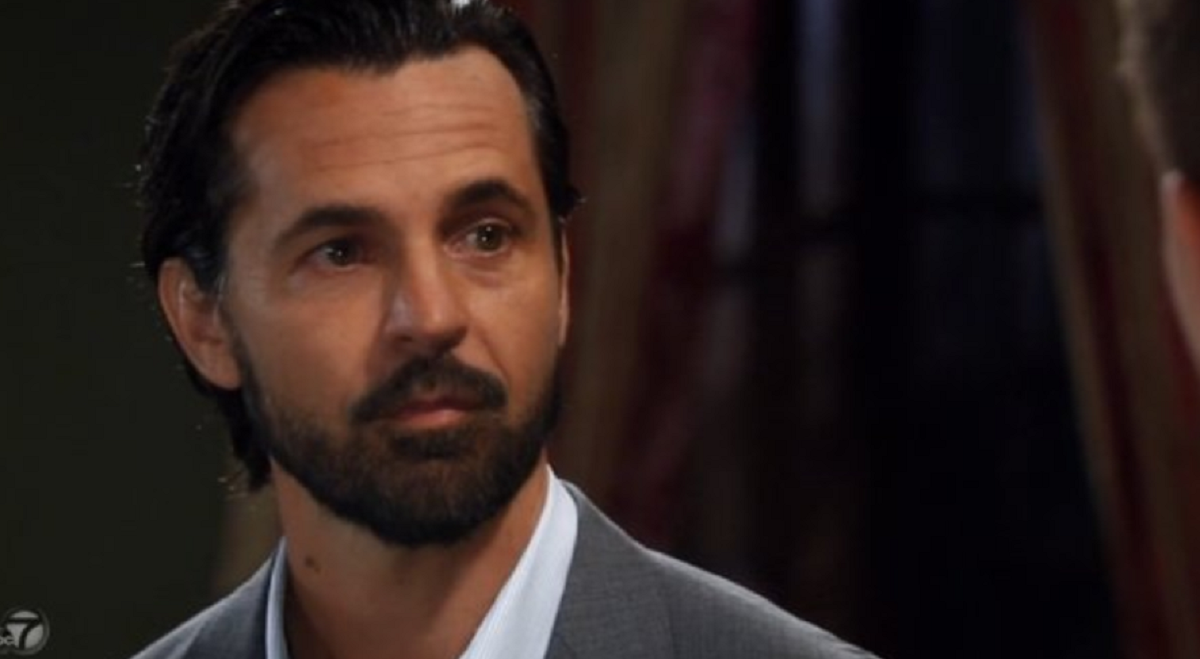 The Young and The Restless spoilers tease that Chance Chancellor (Donny Boaz) has come to Genoa City because he has been tracking Simon Black (Jeffrey Vincent Parise) and unknown to those involved in the hostage situation, is crawling his way through the ductwork towards Simon!

At the Grand Phoenix, Adam Newman (Mark Grossman) is in a standoff with the sleazy and very dangerous Simon, after he pulls out his gun and wants everyone gone except Abby Newman, (Melissa Ordway) Chelsea Lawson, (Melissa Claire Egan) and Connor Newman (Judah Mackey). Abby cries that Simon has to let him go, and it sounds like Connor has run into danger named Simon! Adam tells him that he is not leaving the hotel without his family, and Simon will have to shoot him before he’ll move! Simon pulls his gun and gets close and personal with Adam, pointing his gun towards the area of Adam’s heart as Abby screams!

Meanwhile, in the security room, Phyllis Summers (Michelle Stafford) and Chance have been doing surveillance together, after Chance gets a text from the agent downstairs, who has a gun which Simon notices. At this point is when Simon orders everyone out of the room and the standoff with Adam begins. Phyllis, as the Grand Phoenix head of security, plots a trap and discusses it with Chance. She accesses the schematics and plans for the hotel heating and air conditioning system which shows where the ductwork runs and where the access points for the ductwork are.

Chance looks where all the ductwork runs and thinks he can squeeze into them and make his way to a location within the ductwork where there is a large vent near the location where Simon has been spotted with the hostages. Chance agrees with Phyllis that going through the ductwork might be the best plan! He can army crawl through the ductwork to just the right spot to where he can get a shot at Simon, possibly from the overhead vent.

The Young and the Restless Spoilers: Phyllis Plots To Take Down Chelsea https://t.co/cProjZTTPn pic.twitter.com/tkQCFv4Ud3

Elsewhere, at Crimson Lights, Genoa City Police Chief Paul Williams (Doug Davidson) and Detective Rey Rosales (Jordi Vilasuso) notify a shocked Nick Newman (Joshua Morrow) and Jack Abbott (Peter Bergman) of the hostage crisis at the Grand Phoenix. Nick is upset, exclaiming that Abby and Chelsea are there! Other Y & R spoilers tease that Paul will handle a crisis, so he and Rey may head over to the Grand Phoenix to try and negotiate with Simon.

That, of course will not work; Adam pretty much was doing the same thing. Then, as Simon is ready to kill Adam and Abby is at the bar screaming, a shot rings out! Did Chance get a chance to shoot Simon before he shot Adam? Or did the agent with the gun, or Paul or Rey sneak up behind him and save Adam’s life?