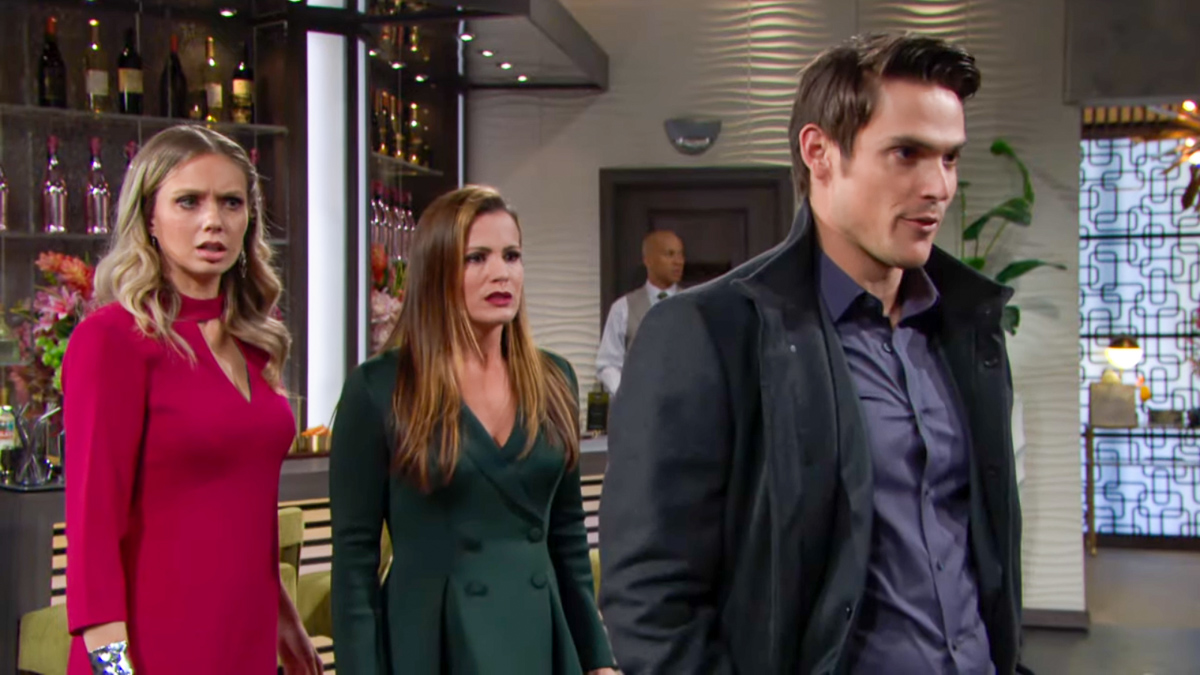 Chelsea Lawson (Melissa Claire Egan) didn’t want to tell Adam Newman (Mark Grossman) what was happening on ‘The Young and the Restless’. So, she tapped her inner con instead and invented a story.

Adam was asked to take their son, Connor Newman (Judah Mackey), to his mother’s Kansas ranch. After some questioning, Hope Wilson’s (Signy Coleman) only child agreed.

Thankfully, Adam chose to stop by The Grand Phoenix, so Connor could say goodbye to his mom before the intended trip. When they did, sleazy Simon Black (Jeffrey Vincent Parise) was waiting with a gun on his hip.

Simon is some type of underworld figure who claims to have been associated with Calvin Boudreau (John Burke). Chelsea hasn’t been able to pull the truth from Parise’s character. Instead, he’s threatened her and Connor if she doesn’t turn over the money that’s supposedly owed to him.

Chelsea believed that the millions of dollars she inherited was Calvin’s last gift. But the bounty has turned out to be trouble, as Kevin Fisher (Greg Rikaart) wasn’t able to launder it through the bank he normally deals with.

Kevin’s inability to get Chelsea’s money back led to Simon’s threats and then, her request for Adam to take Connor to the farm. But that plan is halted, as viewers see.

Y&R Spoilers – Nick Newman Kept Out Of The Loop

As Adam admitted at the penthouse, he’s just learning to trust Chelsea again and vice versa. Nick Newman (Joshua Morrow) is the man Chelsea feels safer with at this point in her life because Adam’s instability isn’t what she wants for her life. However, she allowed Nick to go to Las Vegas, Nevada, to bring Adam back so he could help Connor and then allowed Mackey’s character to move in with Adam.

Nick recently decided to run for public office. With that and in wanting to also maintain trust with the other love of her life, Chelsea hasn’t told him about Simon.

The call to Adam may have been a subconscious nod. Chelsea sensing trouble and knowing that Connor was dragged into danger by Simon, contacted the man who she knew might be needed to help fix the problem, if necessary.

Young and The Restless #YR Spoilers: Billy's Alter Personality Returns, Can Anyone Save Adam From Him? @celebratesoaps https://t.co/5bA1sixcPA

Young And The Restless Spoilers – Chick For Now, But Chadam Again

Sure, because of Connor and other factors, Chelsea and Adam may be together again at almost any point in the future. But the intrigue within this developing storyline lies in how that might happen and when.

Nick won’t like that Chelsea kept this important information from him, but will keep in mind that he recently withheld Victor Newman’s (Eric Braeden) death hoax from her. So ‘Chick’ exists with these trust issues for now.

At the same time, Adam will also feel that Chelsea should have told him exactly what was happening because his son’s life was at risk. Along with that, Grossman’s character will sense that ‘Chadam’ remains possible.