Days of Our Lives Spoilers: Sonny Gets To Know The New Nanny Evan – What Does This Mean For Will? 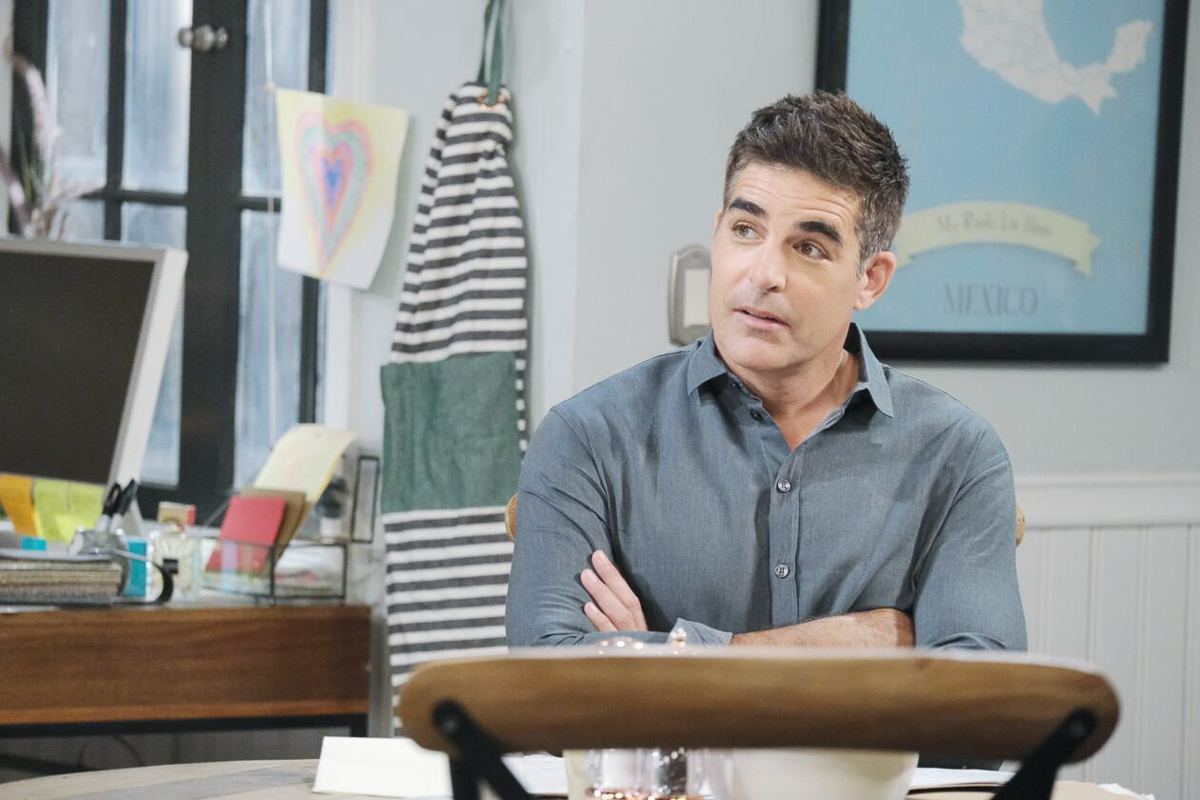 Days of Our Lives spoilers tease that Sonny Kiriakis (Freddie Smith) will get acquainted with Rafe Hernandez’ (Galen Gering) new nanny, or “manny” Evan (Brock Kelly) in an upcoming episode of Days of Our Lives!

It would appear that after the one year time jump that Rafe Hernandez (Galen Gering) still has custody of David Ridgeway (currently Jaxton and Dexter Ellis, but expected to be played by an older child actor whose name has not yet been announced) but as a two year old toddler he is a bit more of a handful than as a little baby. Rafe has hired a “manny” – a male nanny – to care for the tot when he’s not there, so the implication is that Evan may be a live-in nanny.

Sonny, who according to other Days of Our Lives spoilers, may be having some problems in his marriage to Will Horton (Chandler Massey) will encounter Evan somewhere out and about, and get acquainted with him. That’s not to say that Sonny will leave Will for Evan, they appear to be going through a rough patch after the time jump and Evan may just become a friend to lean on for Sonny. They are just getting acquainted so time will tell.

With Jordan Ridgeway (Chrishell Hartley) dead, and her brother Ben Weston (Robert Scott Wilson) likely in prison for her murder, David for all intents and purposes would be an orphan, and it is quite possible that by this time, one year down the road, that Rafe has officially adopted little David. Rafe is likely not in the market for another romantic relationship and his sister Gabi DiMera (Camila Banus) would likely not want to move in back home after having lived in the DiMera mansion, where she may still be living in a year since other Days of Our Lives spoilers tease that she will be worried about Chad DiMera (Billy Flynn) plotting against her.

Her faking Charlotte DiMera’s (Chloe Teperman) paternity test to make Stefan DiMera (at that time Tyler Christopher) the father instead of Chad is a ship long sailed, so this plotting she’s worried about is probably concerning the business. If she is still involved in running the company as Stefan’s widow in any way she may still be living in the mansion.

However, she and Will and Sonny likely still share custody of Arianna Horton (most recently Harper and Sydnee Udell) so Sonny may have brought Arianna over to visit David and that might be how he meets Evan. However they meet and get acquainted, Days of Our Lives spoilers tease that Evan and Sonny will hit it off and become at the very least fast friends! The new manny might even help out with Arianna once in a while, and with all the new babies in Salem he might get some side jobs as well!