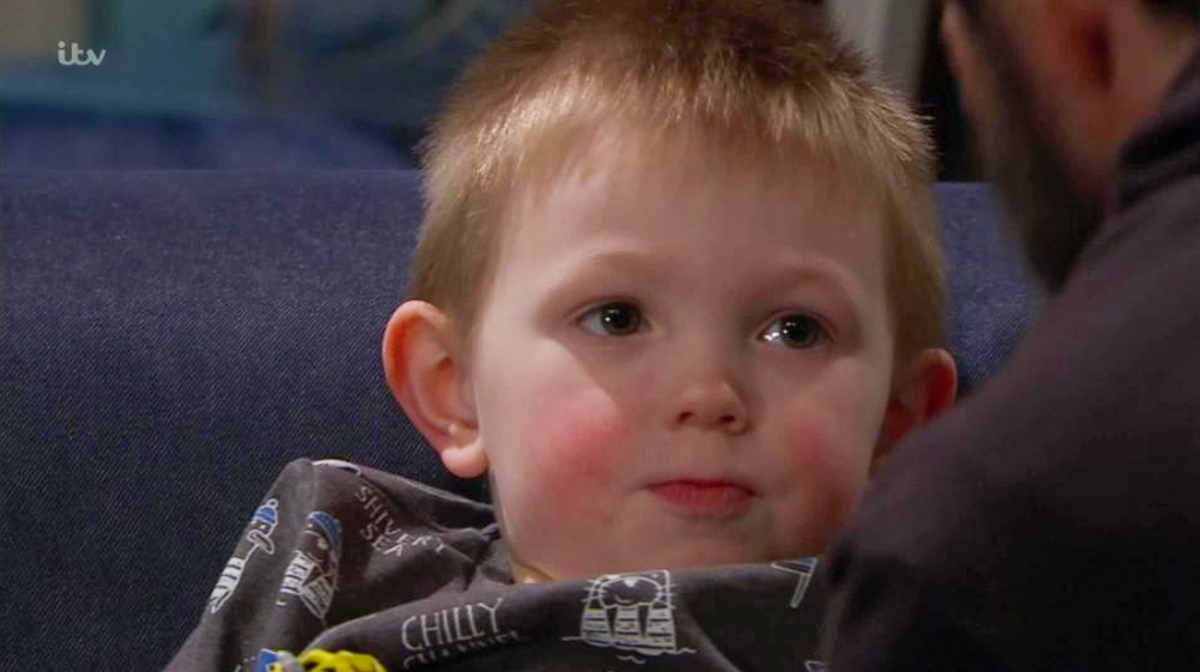 Later, viewers will see Cain come face to face with a stranger named Sean, who’s a member of the gang he and Aaron stole a car from. The pair managed to organize a buyer from the stolen car. They head off with the little tot, without knowing that Sean is lurking behind the shadows.

What they didn’t expect to happen was for Moses to be kidnapped by Sean. Aaron and Cain receive a call about Moses’ current predicament. Sean’s only condition for Moses’ safe return is for them to give back the car.

When Charity Dingle (Emma Atkins) finds out about it, she immediately confronts the two. However, Aaron and Cain’s apologies aren’t enough for her. She ends up directing her fury at Chas when the latter tries to defend Aaron. This results in a huge rift between Charity and Chas.

Charity isn’t in a good place given what’s happening with her relationship with Vanessa Woodfield (Michelle Hardwick). Aaron and Cain are also in a bad place in terms of their romantic relationship. Aaron was left broken-hearted with Robert Sudgen (Ryan Hawley) while Cain tries to recover after he found out that Moira Barton (Natalie J Robb) had an affair with Nate Robinson (Jurrel Carter).

Over at Laurel Thomas (Charlotte Bellamy) and Jai Sharma (Chris Bisson), Arthur Thomas (Alfie Clarke) and Archie Breckle (Kai Assi) are not getting along. Arthur will continue to grieve over the death of Ashley Thomas (John Middleton) and he’ll become violent towards Archie.

Laurel arranges a picnic to commemorate Ashley’s birthday. Arthur is not pleased to learn that Jai Sharma (Chris Bisson) will be joining them along with his son Archie.

Laurel asks him to show Archie inside the pirate ship. But instead of becoming friends, Arthur tells Archie that he’s ruining Ashley’s birthday. He then hits Archie, leaving him unconscious. Laurel and Jai rush to see what happened and assume that Archie just fell over. However, they notice other bruises which makes them believe that Jimmy King (Nick Miles) is beating the poor kid.