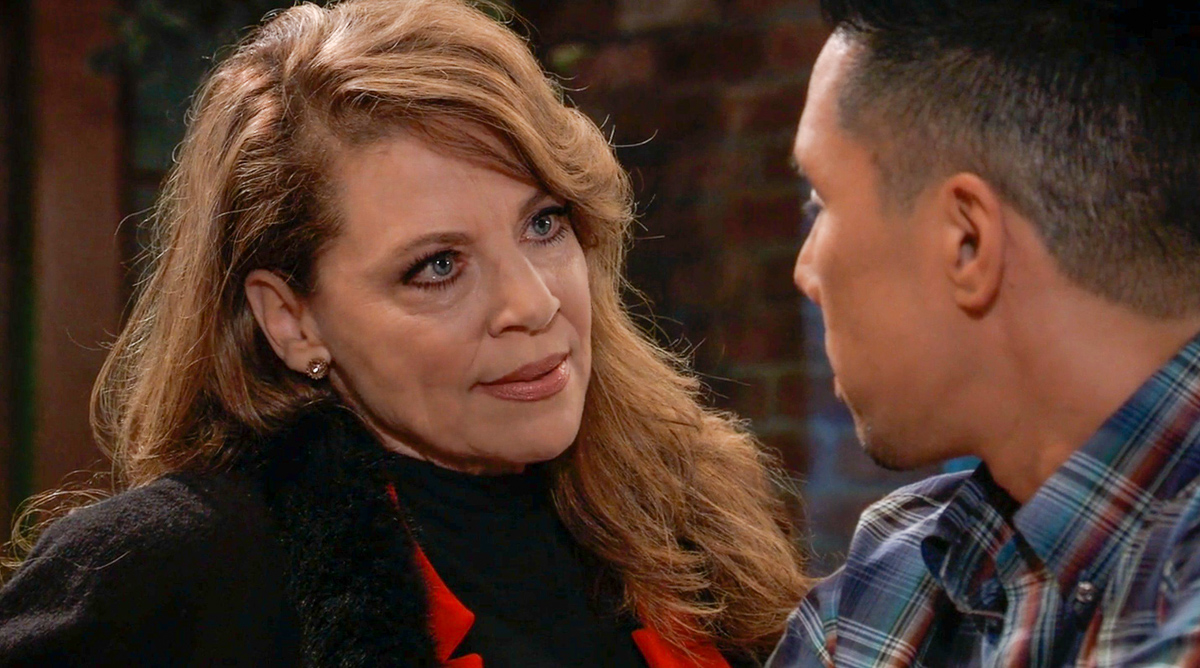 On a recent episode of General Hospital, viewers will recall that Liesl cornered Brad Cooper (Parry Shen), wanting to know what he had done to cover his tracks. Obrecht and Brad go back several years with “favors” for each other, and cover-ups. This particular time she may have been more concerned about if he was blowing her cover to maintain his own, which is entirely possible!

Curtis Ashford (Donnell Turner) had the DNA tests that showed Sasha Gilmore (Sofia Mattsson) and Nina Reeves (Cynthia Watros) run again, and since the DNA submitted was that of Nina and her dead mother Madeline Reeves (Donna Mills) which Valentin Cassadine (James Patrick Stuart) had obtained from her body while she lay in her coffin, of course it was going to show mother-daughter relationship. That particular situation is resolved, and also the time Obrecht had Brad make sure DNA tests would match that Maxie Jones (Kirsten Storms) had brought to the lab after obtaining fingernail clippings in a set-up manicure trip. No more worries with the Sasha situation, but Obrecht still has something on Brad; she knows about the baby swap secret because she delivered the baby now known as Wiley Cooper-Jones (Erik and Theodore Olson) and knows he’s Jonah Corinthos! She also knows he tried to kill her by pushing her over the side of the Haunted Star, thanks to some cell phone photos that he showed up in the background of!

GH Spoilers – Brad Cooper Is Rapidly Spiraling Out Of Control

As General Hospital viewers know, Brad is rapidly spiraling out of control; his husband Lucas Jones (Ryan Carnes) has moved out with the baby, and his once confidant and helper in covering up his crimes, Julian Jerome (William DeVry) has been framing him for having an affair, which he told Lucas but it didn’t help. Now Lucas can’t trust either Julian or Brad and Brad can’t trust Julian either. Brad has shown he can be dangerous when pushed, and even though he doesn’t walk around packing a gun like his Wu birth family relatives might, it doesn’t mean that he may not buy a gun or do something else a lab tech would have expertise to pull off – poisoning someone with something that won’t show up on blood tests, for instance! Brad will also confront Julian the same day that Obrecht feels cornered; it sounds like Brad is not only spiraling, he is becoming more dangerous! Lucas disowned Julian when he admitted that Brad had told the truth about the frame-up of Brad, so Julian is not likely to be receptive to anything Brad has to say let alone help him with anything, and that will make Brad like a wounded animal; ready to strike at the least provocation! If Liesl says one thing or gives one threatening word to Brad, he is a ticking time bomb and there is no telling what he might do to her! Will he back her into a corner and hold a gun or a syringe on her?