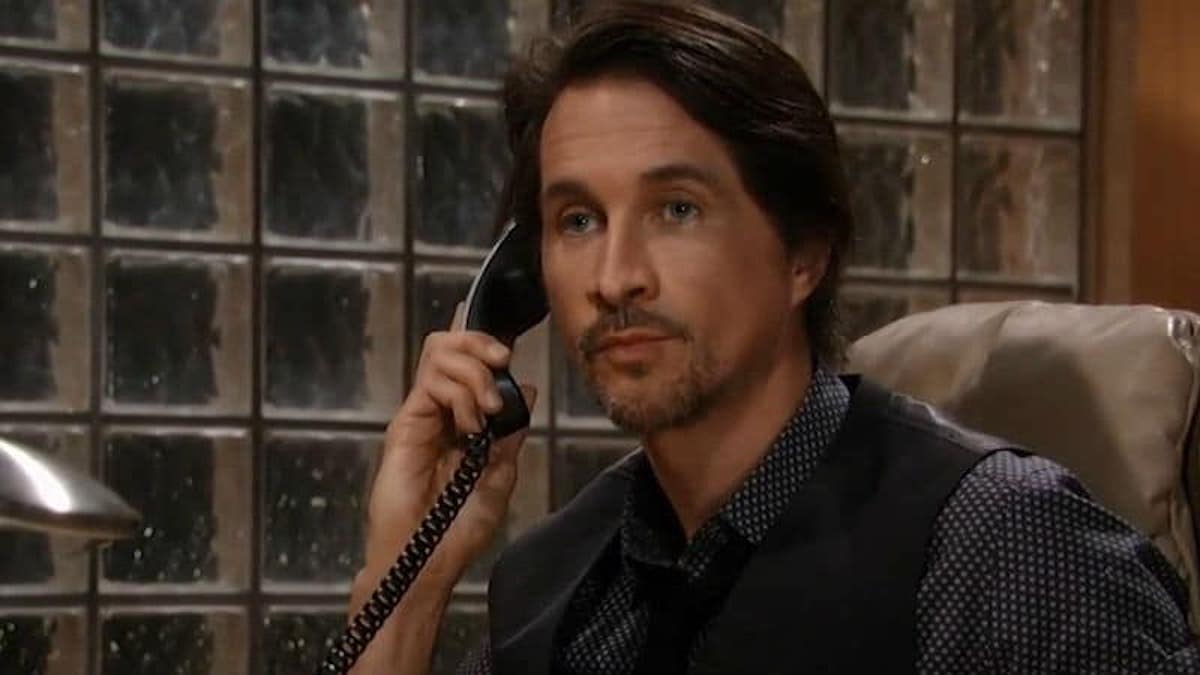 General Hospital spoilers tease that Dr. Hamilton Finn (Michael Easton) and Anna Devane (Finola Hughes) will have a lot to sort out when she returns, and he will lean on Elizabeth Baldwin’s (Rebecca Herbst) shoulder and talk about it!

Anna will be returning soon from her extended mission to find her twin sister Alexandra Devane Marick (Finola Hughes) and hopefully have found some answers to their memory mess and know for sure if she or her sister is really Peter August’s (Wes Ramsey) mother. However, there will be another mess that she will return home to – and not one that her fiancé, Finn, intended whatsoever or even knew about until recently; if she had taken the time to return his calls, even if she could not return to Port Charles like he asked, at least she would have had a little advance warning! But since she hasn’t and Finn did not want to leave detailed messages, she will return home to find that Hayden Barnes (Rebecca Budig) and Finn have a little girl together!

Anna Devane Has Been Gone For A Long Time

Anna has been gone for a long time, and she and Finn may have grown somewhat apart on both sides; Anna’s not returning his calls is a telltale sign, and his asking her to call has concerned him somewhat with her having been kidnapped that last time she went off somewhere and he couldn’t reach her! Anna can get wrapped up in her spy work to the point of distraction, but she should know from years of experience in relationships that maintaining contact, especially when apart from a loved one, is very important and crucial to maintaining a relationship!

Finn himself may be torn emotionally, quite possibly having Hayden baggage that he did not realize until she admitted she still loved him and he found out about little Violet Finn (Jophielle Love) and met and got acquainted with her. Finn obviously will wonder whether Anna would accept him even co-parenting Violet with Hayden, but then again, he may have found he still has some tender feelings for Hayden after all this time and be struggling with himself over whether he wants a future with Hayden and their little girl, or with Anna.

Of course he has no idea that Hayden has to get divorced from Nikolas Cassadine (Marcus Coloma) but it’s a better than even possibility that Nikolas is the reason Finn got left at the altar so suddenly; Hayden may have heard from him and with his staying below the radar until he could get himself settled and in a position to take down Valentin Cassadine (James Patrick Stuart) there has been no time to get a divorce – especially since she had Nikolas declared dead, and now that declaration becomes null and void but it would have to be formalized with the proof that he is alive! She can’t divorce a dead man!

Elizabeth Baldwin Is The Perfect Shoulder To Lean On

Elizabeth is the perfect shoulder to lean on since she is in the know about Violet and of course, Hayden. Violet and Hayden now both live with Elizabeth and her boys and she’s easy to talk to and very understanding. Listening to someone else’s problems and helping them work through them is therapeutic for her also, getting her mind and heart off, if only temporarily, her untenable situation with her husband Franco Baldwin (Roger Howarth)!