The Bold and the Beautiful Spoilers: History Repeats Itself For Ridge And Brooke – But This Time There Are Deadly Consequences 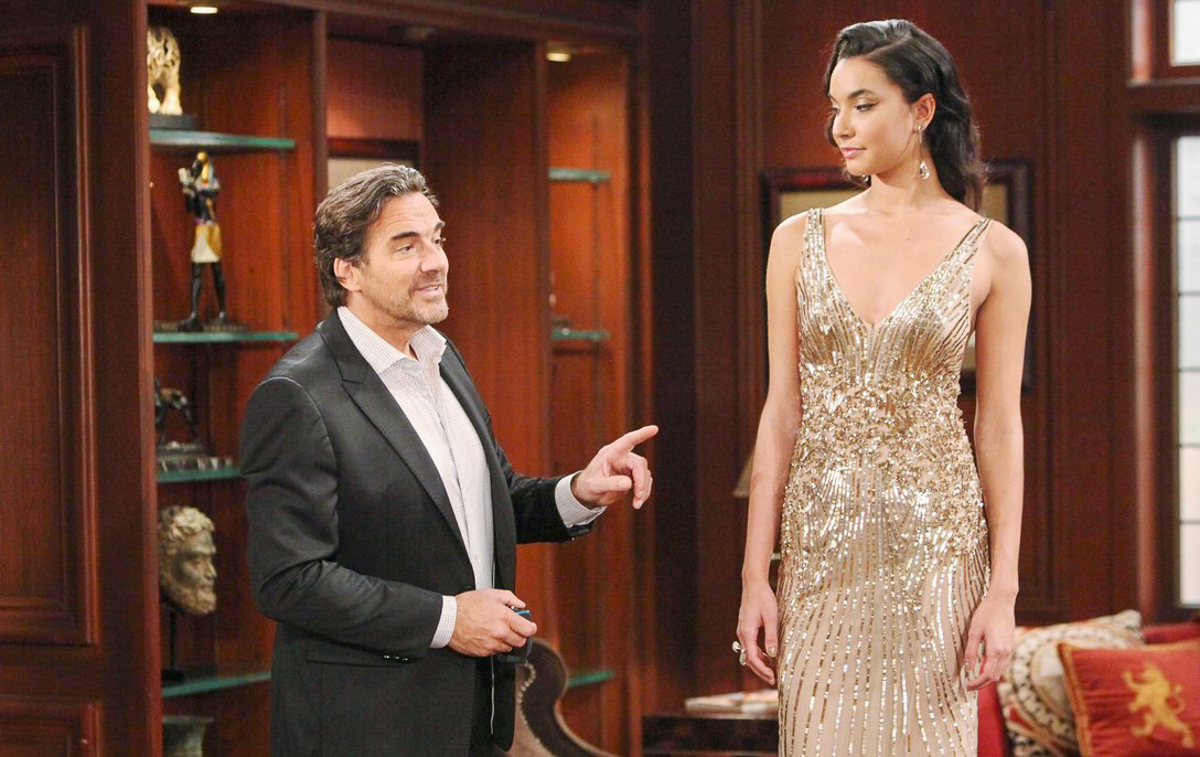 Brooke Logan Forrester (Katherine Kelly Lang) and Ridge Forrester (Thorsten Kaye) remain trapped inside the swirl of problems their children created on ‘The Bold and the Beautiful’. History is repeating itself, as the Logan’s and the Forrester’s drama plays out in this fictional version of Los Angeles, California.

Everyone could see Thomas laying down on the hard sand. That came after Brooke stepped in between him and her daughter, who appeared to be fighting him off.

In reality, Thomas was trying to apologize to Hope in Steffy Forrester’s (Jacqueline MacInnes Wood) back yard, which is at the foot of a cliff. As viewers witnessed, Thomas stumbled and took what actually came to be the first infamous fall.

His remarkable survival was coupled with a quick recovery. While Thomas’ body seems impenetrable, his mind is still broken. That’s why Hope’s overly risky involvement with him in early November sparked B&B’s second cliffhanger, with Thomas plunging into a vat that was filled with hydrofluoric acid earlier in that episode. The event took place while he was having yet another dispute with Hope.

In an open reversal of the recent plot line, Brooke and Hope pledge secrecy in what appears to be Thomas’ death. Hope comes to believe that Thomas’ fall into the vat led to his demise, so she and her mother agree to remain mum about the drama that took place in Forrester Creations mechanical room.

The developing storyline is played as Thomas possibly getting his just due. Though without a body, or some type of confirmation of his demise, savvy soap fans are wisely awaiting Thomas’ return.

Brooke’s maternal instincts mimic Ridge’s choice to stymie legal justice when refusing to fight Flo Fulton’s (Katrina Bowden’s) immunity deal. In this instance, Brooke is encouraging Hope not to report her direct knowledge of the circumstances surrounding what appears to be Thomas’ death.

Ridge has been defending Thomas’ recent bad behavior (and crimes) for years. In 2019, Kaye’s character convinced himself that family unity and attentive, rather than tough, love would heal his son’s wounds.

Now, with his son seeming to have disappeared, he’ll grill Hope for information as she was the last known person to be with Thomas. Hope will talk around the pointed questions, with Brooke also running interference.

Damage to ‘Bridge’ is clearly being furthered as a result of the above. While Brooke and Ridge continue to love each other, the distrust two of their children have for each other has driven a firm wedge between one of B&B’s all-time couples.