The Bold and the Beautiful Spoilers: Hope’s Obsession Makes Liam Turn to Steffy 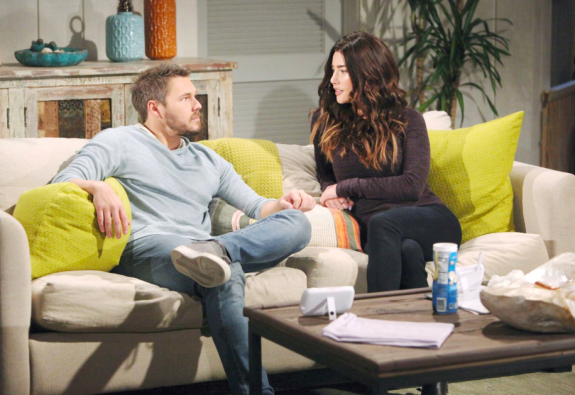 The Bold and the Beautiful spoilers reveal that Hope Logan’s (Annika Noelle) obsession with Douglas Forrester (Henry Joseph Samiri) is ruining her relationship. Due to her inability to focus on anything else, she is inadvertently pushing Liam Spencer (Scott Clifton) to his ex.

B&B spoilers teased that Hope’s determination would reach dangerous levels. That proved to be true on Friday’s episode of the CBS soap opera. However, she now has Thomas Forrester’s (Matthew Atkinson) signature on the adoption papers. But that will have negative consequences for many relationships, including Liam and Hope’s.

In fact, Hope’s desperation began affecting her romance before she even met Thomas at Forrester Creations to sign the documents. Things were tense between the couple for a while, but it was never anything that was verbalized.

However, that all changed on Halloween night, when she went to Eric Forrester’s (John McCook) estate for a party. She claimed to be there for Douglas, but she never called or texted Liam that evening. She was also alone with Thomas during that time.

That desperation led to obsessive thoughts. When Liam tried talking to her about Bill Spencer’s (Don Diamont) offer, she didn’t hear a single word. Then, she left Liam and baby Beth once again to meet with Thomas.

The Bold and the Beautiful spoilers tease that Steffy Forrester (Jacqueline MacInnes Wood) has been there for Liam and baby Beth. She was there on Halloween and again when Hope went to meet Thomas at Forrester Creations. She has been a person who has been supportive of Liam, a listening ear for him to vent and someone who is actually there for him.

It is revealed that in the near future, Liam and Steffy will share a tender moment. Some fans are wondering if a “Steam” reconciliation is inevitable. It seems possible, especially since Hope is pushing Liam away. It appears that it is only a matter of time before Liam leaves Hope and goes back home to Steffy.