The Bold and the Beautiful Spoilers: Wednesday, November 13 – Hope Feels Intense Guilt Over What Happened To Thomas – Brooke Urges Her To Keep It Secret 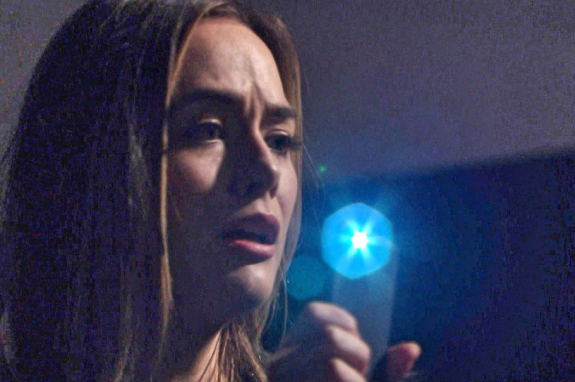 The Bold and the Beautiful spoilers for Wednesday, November 13, tease some major drama. We should note that CBS is currently planning to preempt Wednesday’s episode of B&B due to the impeachment hearings, but in the event the episode is aired, the following is a summary of what you can expect.

B&B spoilers say that Brooke Forrester (Katherine Kelly Lang) will be stunned by what she’s just learned from Hope Logan (Annika Noelle). Of course, Hope has just told Brooke all about what happened at Forrester Creations with Thomas Forrester (Matthew Atkinson). As B&B viewers know, Hope thinks she killed Thomas by pushing him into a vat of hydrofluoric acid.

This will absolutely stun Brooke, but she’ll quickly take steps to protect her daughter. B&B spoilers say that she’ll tell Hope to keep what she did a secret from everyone. Brooke will probably figure that since no one else knows what happened, there’s no reason to think that Hope will get caught. In addition, she’ll tell Hope that she shouldn’t feel guilty about what happened, and she’ll probably try to convince Hope that Thomas brought this on himself.

The Bold and the Beautiful Spoilers: Hope’s Obsession Makes Liam Turn to Steffy

According to B&B spoilers, Hope will feel terribly guilty about how she ended things with Thomas. Deep down, she’ll know that she was just trying to defend herself and didn’t intend to harm Thomas, but still the thought of what she did will haunt her. And perhaps the worst part is that she’ll have to try to go on with life as usual, knowing that Thomas is likely gone for good.

According to B&B spoilers, things will get really challenging for Hope when Liam Spencer (Scott Clifton) starts asking questions about what happened that night. At Brooke’s urging, it seems that Hope won’t disclose to Liam what happened with Thomas and the acid, but she will tell Liam that she’s now Douglas Forrester’s (Henry Joseph Samiri) legal guardian and that Thomas signed the adoption papers.

B&B spoilers says that Liam will be shocked to hear that Hope is now Douglas’ adoptive mother, and he’ll probably have a lot of questions about how that came about. Of course, B&B viewers know that Liam wasn’t happy about the idea of bringing Douglas into his family with Hope and Beth Spencer (River Davidson and Madeline Valdez), so he may have some mixed feelings about Hope’s news.

Completely oblivious to Hope’s big secret, Liam will share with Hope that he’s decided to return to Spencer Publications to work with his dad Bill Spencer (Don Diamont). That will be a surprising development for Hope, and B&B spoilers say that she’ll feel guilty when she hears the news. She might feel that she hasn’t been present for Liam as he’s been faced with making the decision about whether or not to go back to Spencer.

But mostly, Hope will be consumed with guilt about what she believed happened to Thomas. It should weigh heavily on her mind going forward, and according to B&B spoilers she’ll struggle with whether she should come forward with what happened, while Brooke continues to urge her to keep the secret.