Days of Our Lives Spoilers: New Time Jump Promo – Stefano Is Back But Lani Price Is Gone! 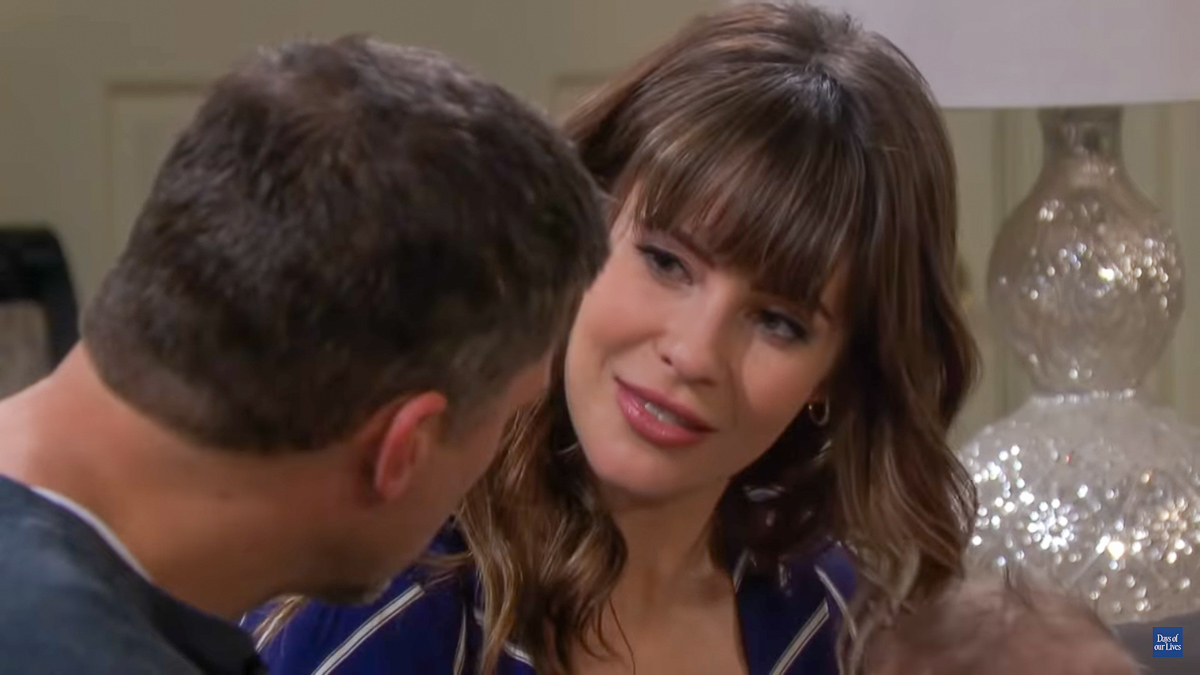 Days of Our Lives spoilers reveal a lot will be different after the time jump. A new extended promo has been released. It teases everyone’s lies and changed lives. The video clip also gives clues as to what to expect.

Days of Our Lives Spoilers – Danger Lurking Around the Corner

A man pops from around the corner and he is aiming a gun. It was teased that the time jump would include a major catastrophe. Is this what they have been talking about?

It is suggested that Stefano DiMera (formerly Joseph Mascolo) could return in some form. The actor who played the legendary character is no longer with us. It was stated before they wouldn’t recast the part. So, it’s possible we will never see the new face of “Stefano.” It is also likely that Dr. Rolf (William Utay) has done something to bring back his former boss, perhaps brainwashed another Salemite.

Chad DiMera (Billy Flynn) admits to having contact with his father. He also is convinced that Stefano is back. Then, Princess Gina (Kristian Alfonso) calls a man “Steffy.” All that is seen is a chess board, cigar and a ring — all things that are Dimera-esque.

Days of Our Lives spoilers tease that some Salemites will have a change in their profession. Abigail DiMera (Kate Mansi) is a reporter. Kate Roberts DiMera (Lauren Koslow) is waiting tables at the Brady Pub. This causes Dr. Kayla Johnson (Mary Beth Evans) to give Kate a surprised look.

As for Xander Cook (Paul Telfer) and Nicole Walker (Arianne Zucker), it appears they might be working together. Ciara Brady (Victoria Konefal) will still be working for Titan, but she is now a powerful executive.

Jennifer Horton (Melissa Reeves) remembers her identity and her loved ones. However, she doesn’t seem to recall the night of her accident. With her daughter’s help, they go to the scene of the crime. Jennifer has a revelation that someone pushed her.

Days of Our Lives Spoilers – Lani Price is Gone

The extended promo for the time jump also hints that some characters will be missing. One is Lani Price (Sal Stowers). Abe Carver (James Reynolds) talks to Eli Grant (Lamon Archey). Only half-interested, the commissioner asks how his ex-fiancee is doing. Abe informs Eli that “Lani is gone.”

However, that could mean a lot of things. It is possible that she may have been forced to leave town in order to keep Julie Williams (Susan Seaforth Hayes) alive. In the promo, Lani’s voice can be heard saying, “I hope she burns in hell.”

DOOL spoilers confirm that Kristen DiMera (Stacy Haiduk) has her baby. Brady Black (Eric Martsolf) is there for the birth. As for Eric Brady (Greg Vaughan) and Sarah Horton (Linsey Godfrey), they are playing with their little one. Eric makes a comment about the little girl being beautiful, just like her mother.

A man’s hand touches Kayla’s shoulder and we don’t think it’s Steve “Patch” Johnson (Stephen Nichols). In fact, later in the clip, Kayla pokes her head in a room where Santa is waiting. She asks,, “Steve? Is that you?”

It is also teased that Gabi Hernandez DiMera’s (Camila Banus) revenge is far-reaching. It seems she has taken the commissioner for herself. The two kiss and she suggests they take a bubble bath together. However, something is off about Eli’s face. He doesn’t seem all that into it. Could he be forced to be with Gabi in order to keep his grandmother alive?

DOOL Spoilers – Where is Will Horton?

Also, Sonny Kiriakis (Freddie Smith) is sitting on a bench with Ari. However, they are spending time with a man that is not Will Horton (Chandler Massey). DOOL spoilers reveal that Sonny admits he “misses him.”

Ben Weston (Robert Scott Wilson) is in prison and he encounters his father, Clyde Weston (James Read). Also, Eve Donovan (Kassie DePaiva) is incarcerated, too. She reacts with shock when Hattie Adams (Deidre Hall) tells her she’s the best friend she has in there.