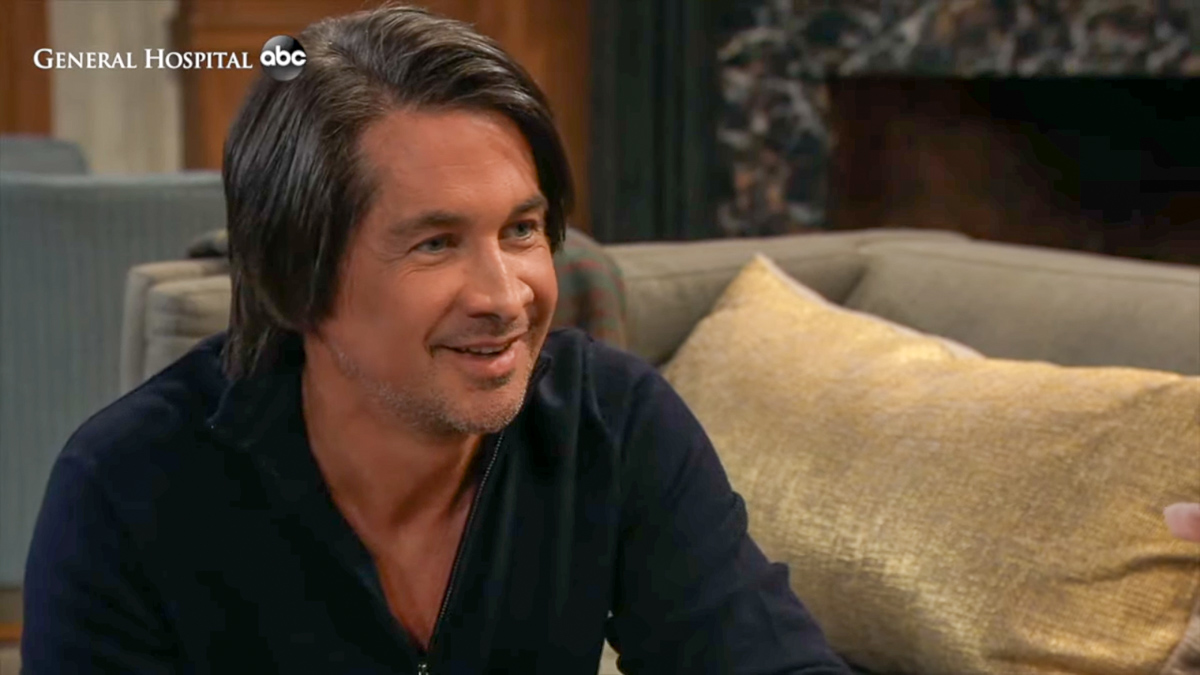 General Hospital (GH) spoilers tease that Robert Scorpio (Tristan Rogers) could wind up really messing things up for Hamilton Finn’s (Michael Easton) relationship with Anna Devane (Finola Hughes). As GH viewers know, Finn has recently found out that he has a daughter with Hayden Barnes (Rebecca Budig), and he’s still trying to process that development. He seems to have immediately fallen for little Violet Barnes (Jophielle Love), but he and Hayden have a lot to figure out still. Finn wants to be a part of Violet’s life, but exactly how that’s all going to work out remains to be seen.

Of course, this would all be difficult enough, but then Finn’s got Robert breathing down his neck about how he should be treating Anna. As GH viewers know, Robert now knows that Hayden and Finn share a daughter, and he seems to think that he has the right to intrude in Finn’s relationship with Anna, as Anna’s champion and protector. Robert wants Finn to tell Anna about Violet immediately. But is that really the right thing for Finn to do?

One could argue that Finn doesn’t really owe Anna an over-the-phone explanation about what’s going on. After all, Anna just up and left without giving Finn a real sense of when she’d return, and Finn even asked Anna to return at one point, which Anna didn’t do. It seems like Finn should be able to decide for himself how and when he tells Anna about Violet, yet Robert is right there getting in his face about the whole thing and threatening to tell Anna about Violet himself.

Really, Robert needs calm down and let Anna and Finn deal with their own relationship as they see fit. Anna has told Robert in the past that she’s happy in her relationship with Finn, but instead of letting Finn and Anna figure out their own way, Robert has involved himself in their relationship from the start. Really, nothing that Finn does seems to be good enough for Robert. GH viewers will remember that he even got involved in how Finn proposed to Anna and ended up holding Anna’s ring hostage for a while.

Of course, all of this intrusion on Robert’s part seems to come from a good place. Robert and Anna had a great love story at one point, and he obviously still cares for his ex-wife. And he does have a point that Anna should know about the important things that are going on in Finn’s life – after all, the two are engaged to be married. But Robert seems to have forgotten that Anna voluntarily left Finn for an extended period of time. It’s not like Anna is right there in Port Charles and available to be Finn’s confidante.

Plus, telling your fiance that you just found out that you have a daughter with your ex doesn’t seem like a conversation that you have over the phone, and Finn has stated his intention to tell Anna about the news in person. Yet that doesn’t seem good enough for Robert, either, and he strongly insinuated that he would tell Anna about Hayden and Violet if Finn didn’t. This just doesn’t seem right, and perhaps it’s time for Robert to just butt out and let Finn and Anna deal with their relationship on their own.

Of course, it could be the case that, at some level, Robert really wants to cause problems between Anna and Finn. Could Robert want Anna back deep down? Perhaps Robert is trying to push Finn into Hayden’s arms so that he can have a chance with Anna again. He might not admit it at this point, but this could be part of his motivation – that, and the fact that he’s a bit of a control freak.

At any rate, Robert is clearly right that Anna should know that Finn has a daughter with Hayden. But doesn’t Finn have a right to tell Anna about his daughter in his own time? While that may be the case, it looks like Robert may force Finn’s hand and actually get him to tell Anna before he’s ready, which would be unfortunate. But Robert seems determined to push the issue, so Finn may not have a choice.

When do you think that Finn will end up telling Anna about his daughter with Hayden? Stay tuned to the ABC soap and don’t forget to check back often for the latest General Hospital spoilers, updates, and news.