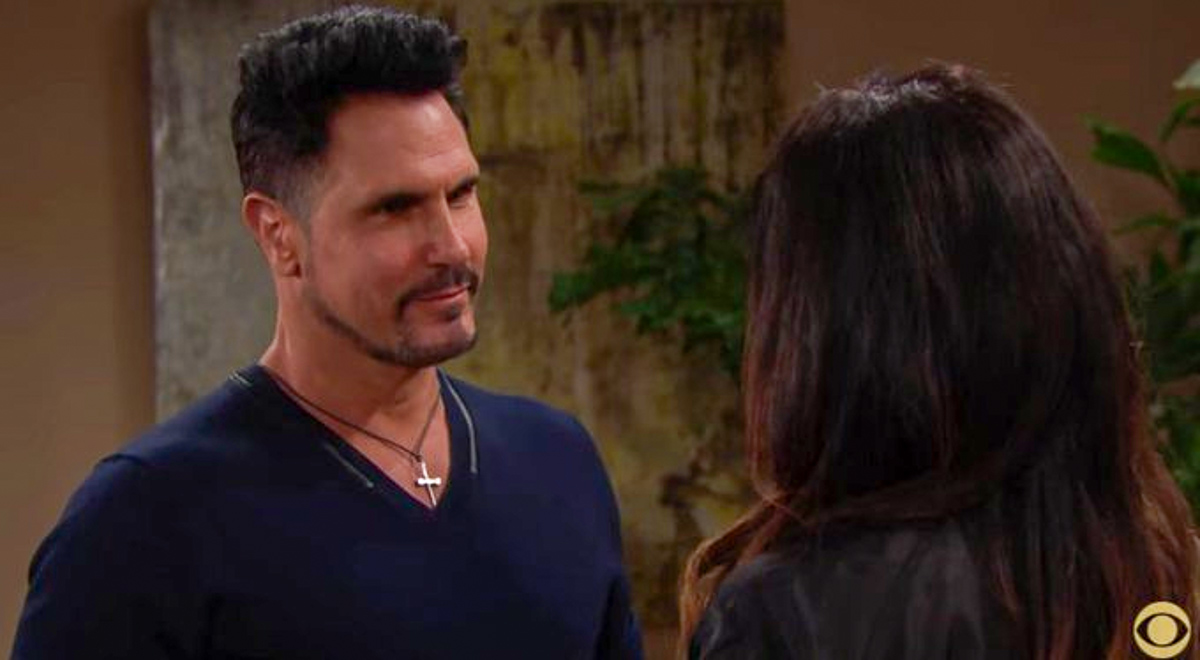 The Bold and the Beautiful spoilers reveal that Bill Spencer (Don Diamont) is trying to heal his family relationships. It occurred to him not to waste any moments after nearly losing Katie Logan (Heather Tom). Find out everything regarding the offer to bring Liam Spencer (Scott Clifton) back to Spencer Publications.

B&B spoilers indicate that a lot has happened between Bill and his sons during the past few years. However, Bill is now a redeemed man. Realizing how important family is after Katie’s health crisis, he is taking a major step with his children, especially Liam.

“I really appreciate that the writers took their time with this relationship. I don’t quite know what the forgiveness threshold is when your dad sleeps with your wife, but this did not come easily for either of them.”

As viewers recall from a recent episode of the CBS soap opera, Bill paid Liam a visit. He asked him to return to Spencer Publications. Liam was surprised by the job offer and didn’t know what to say. He even tried talking to Hope Logan (Annika Noelle) about it, but she was lost in thought. She was so distracted by Douglas Forrester (Henry Joseph Samiri) that she didn’t hear a word he said.

The Bold and the Beautiful spoilers confirm that Liam accepts his father’s offer. Now that baby Beth Spencer is home, Liam is excited to get back to business. In fact, his father has changed a lot and the young man feels positive about their relationship.

He has mentioned this a few times when discussing Thomas Forrester (Matthew Atkinson) and his son. It’s the main reason why he doesn’t feel that taking away Thomas’ son is the best decision. Because he knows that fathers can change and become better.

The actor also explained that this offer didn’t come out of nowhere. It is an earned moment and Liam is happy to return to Spencer Publications. It’s where he feels that he belongs.