The Bold and the Beautiful Spoilers: Thomas Sees Brooke and Logan Sisters as ‘Family-Destroying People’ 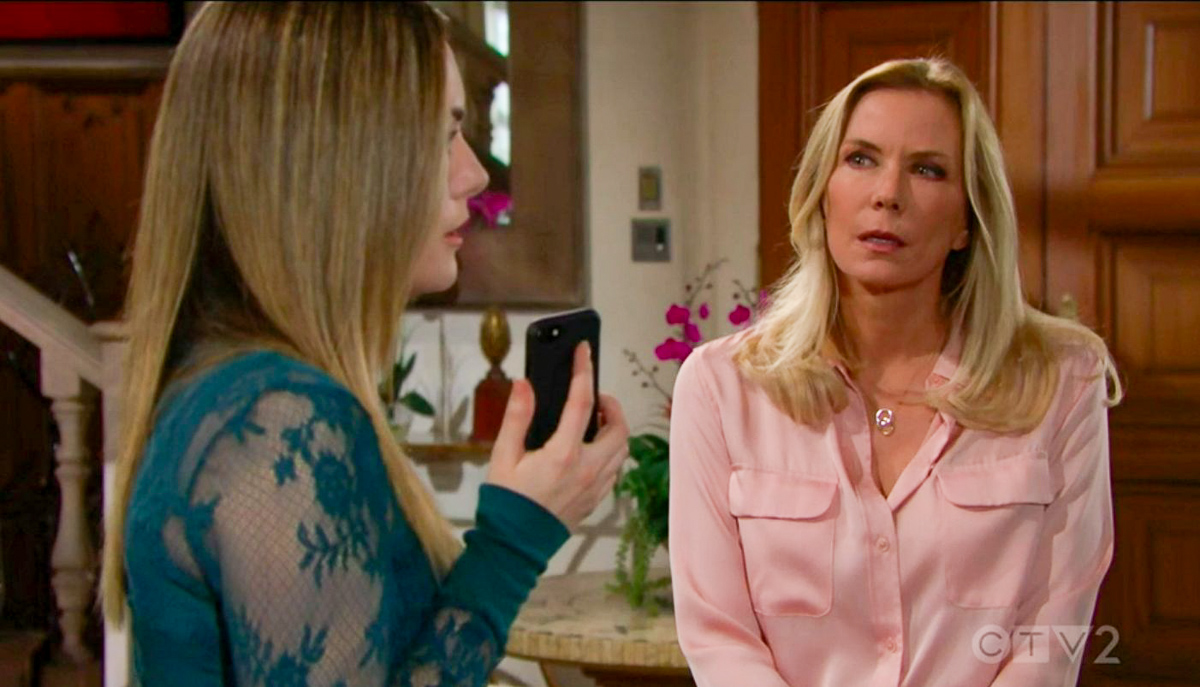 The Bold and the Beautiful spoilers reveal how Thomas Forrester (Matthew Atkinson) sees Brooke Logan Forrester (Katherine Kelly Lang) and her family. During an interview with the actor, Atkinson said the villain views the Logans as “family-destroying people.” He also gave an inside look at Thomas’ mind and motivations.

B&B spoilers indicate that Thomas always had issues with Brooke. During an interview with Michael Fairman, Atkinson explained the storyline. Fans already knew that Thomas hated Brooke for destroying his family. The actor elaborated on how Thomas views Brooke and her sisters.

“…[Brooke] came in and kind of giggles her way into his dad’s life and flirted with him and destroyed his entire family. Thomas sees her and all of her sisters as these air-headed women who are kind of just family-destroying kind of people. They come in, they do whatever they can to get what they want…”

Fans have seen how far Thomas will go to get the object of his desire. Unfortunately, his obsession wasn’t a passion, sport or work. It was a person, specifically Hope Logan (Annika Noelle). When dissecting his character, Atkinson explained that obsession isn’t always bad, as long as it has an appropriate target and it is handled correctly.

Atkinson said that some of the smartest people are obsessive about things. However, Thomas isn’t focusing on the right things and that’s where things get complicated, messy and possibly dangerous.

The Bold and the Beautiful spoilers suggest that When Thomas is focused on fashion and designing, the results are amazing. However, Thomas hasn’t gotten over his obsession with Hope. He genuinely loves the young woman, but it is a love from the heart or just a need for Douglas Forrester (Henry Joseph Samiri) to have a mother? Based on what the actor said, it seems like it might be a bit of both.

It seemed that after Brooke pushed Thomas off a cliff, he might have realized the impact of his negative behavior. Ridge Forrester (Thorsten Kaye) certainly was fooled by his son’s response and so were some fans. It wasn’t made clear that he was still the same man until last week. That is when his true nature came out, as Hope learned the hard way.

B&B spoilers indicate that many characters end up getting redemption. However, there are times when a person has done so much that redemption is impossible. The actor touched on this and mentioned how Thomas’ storyline is definitely a plot twist. How much more damage can he cause and if there is no chance of redemption, then how does it get resolved?

What do you think of what Matthew Atkinson said about Thomas Forrester? Do you believe he is past the point of redemption? Are Brooke and Hope innocent targets or do they deserve a bit of what they are getting?