Days Of Our Lives Spoilers: JJ Blows Up At Brady: Goes Gunning For Him? 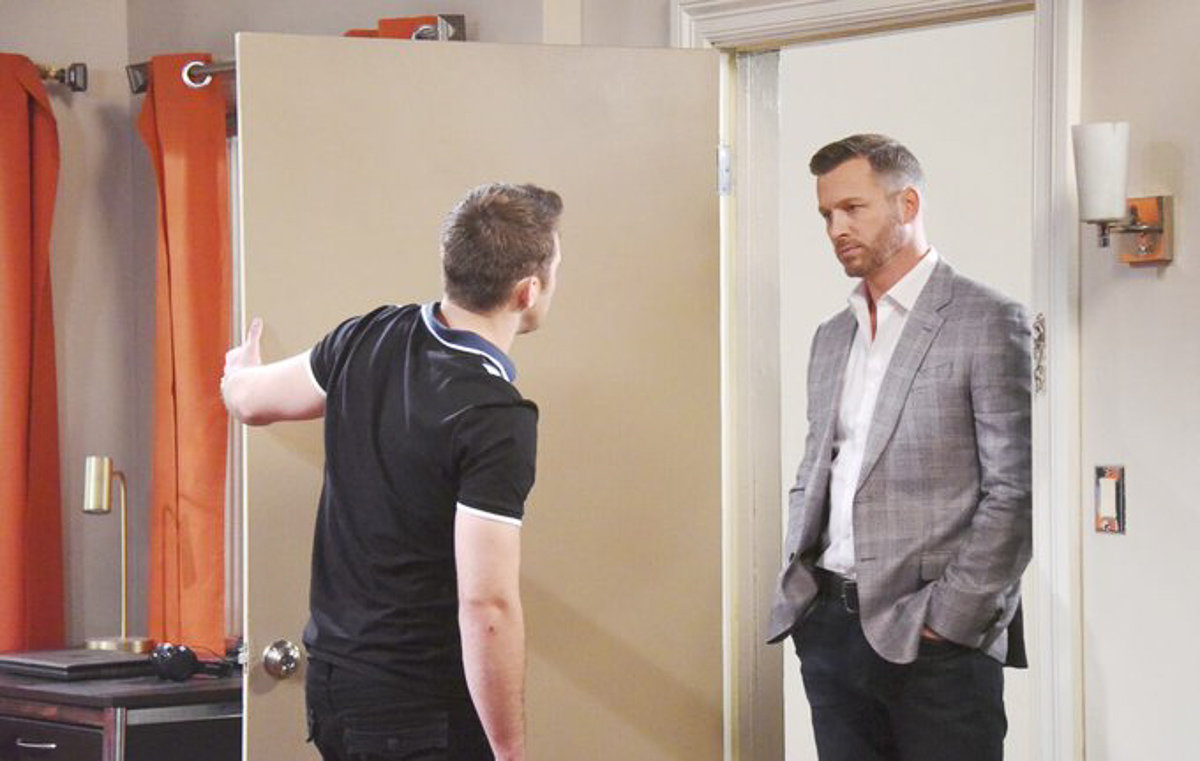 Days of Our Lives spoilers tease that JJ Deveraux (Casey Moss) will blow up at Brady Black (Eric Martsolf); will he be so off the rails that he goes gunning for him?

Days of Our Lives Spoilers – A Disheveled JJ Deveraux With A Gun!

The Days of Our Lives “Day Of Days” spoiler video, called “Salem Flashes Forward” has a very disheveled looking JJ looking cornered and pointing a gun! He appears to be coming out of the darkness past a statue of a cherub, and he just doesn’t seem like the JJ that Days of Our Lives viewers are used to! What could have happened to cause him to go postal? Remember, going forward, or should that be flashing forward, scenes will either new scenes a year ahead or flashback scenes from the year that was skipped. This scene is in black and white, and that could indicate it is a flashback!

Brady will have gone through struggles in the intervening year, although it seems he will have come through okay. There are scenes in the promo where he and Kristen DiMera (Stacy Haiduk) are holding a very tiny baby girl, obviously newborn although with her being that small she may be a preemie. They are happy, and then there is a scene where Brady is obviously upset and crying, hugging Nicole Walker (Arianne Zucker)! Could this be related to JJ and the gun? Could JJ have gone gunning for Brady and someone else be hit and either seriously hit or even killed instead? Eric Brady (Greg Vaughn) also notices JJ is high; could that be related to the scene where JJ is gunning for someone?

Days of Our Lives Spoilers – What Happened To JJ Deveraux?

It would seem that JJ being high might relate to JJ looking disheveled and gunning for someone. The question is, why is he high? What could have happened over the intervening year? His mother, Jennifer Deveraux (Melissa Reeves) has just come to from being in a year-long coma, but was she in danger of death? He had all the emotional support in the world to help him through; his father, even though he was at his mother’s side most of the time; and his girlfriend Haley Chen (Thia Megia). Or did he? Where’s Haley? This doesn’t look like a simple case of getting addicted to pain medication, which he may have gotten addicted to over the year – Jordan Ridgeway (Chrishell Hartley) definitely caused a head injury, but he seemed to have recovered from it and it didn’t seem to be too serious.

Brady, being a recovering alcoholic may have tried to intervene in JJ’s addiction and taken on more than he could chew. He may be working with Eric trying to get JJ clean and sober, but JJ may become desperate and he could blow up at Brady and go after him! There is definitely something desperately wrong with JJ and it’s more than Brady and Eric can handle; unfortunately, the promo also shows that for whatever reason, Dr. Marlena Evans (Deidre Hall) is gone! Drug addicts do become desperate and dangerous sometimes and Brady may put himself in danger trying to help!