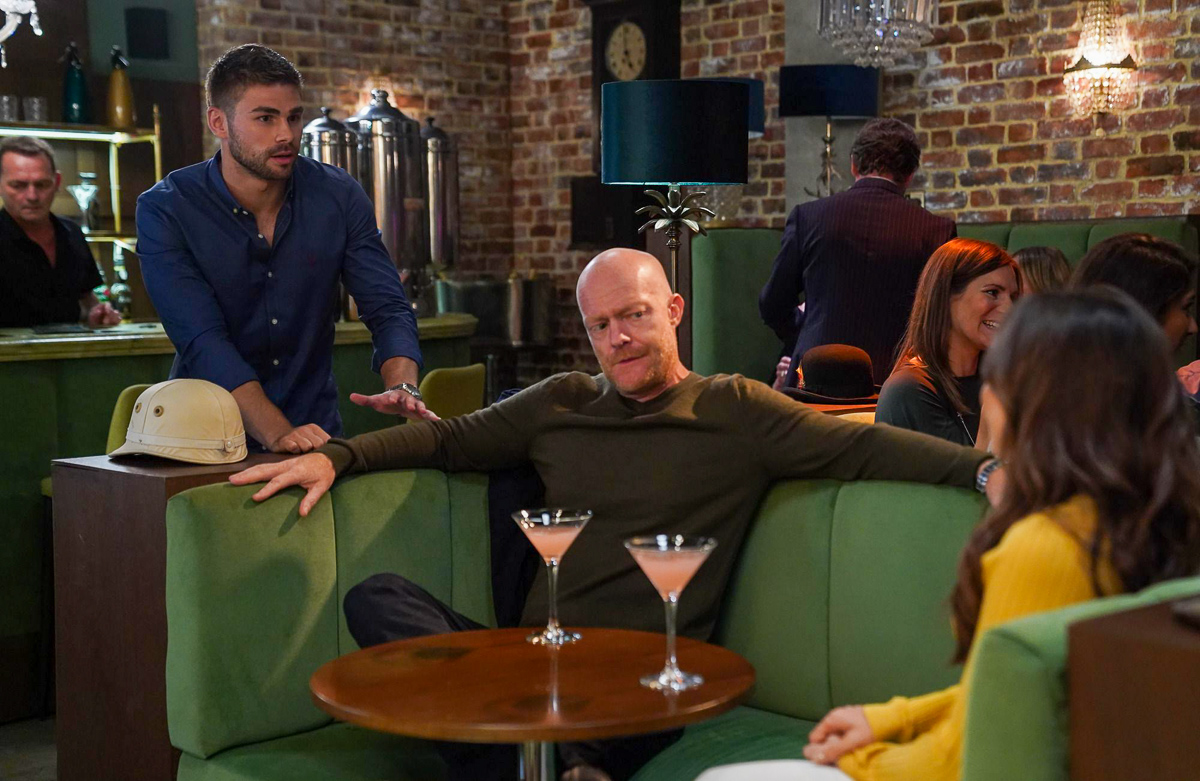 Next week on “EastEnders,” Max Branning (Jake Wood ) will make a shocking move as he impulsively offers a marriage proposal to Ruby Allen (Louisa Lytton). The pair recently rekindled their romance, which happened earlier this year.

Viewers may recall that there was chemistry between Max and Ruby back in July when he offered his help in dealing with her work accounts. He asked her out and they two eventually had a fling.

Fans saw how their relationship evolved. Max was 21 years older than Ruby and he had a hard time keeping up with Ruby’s partying and busy lifestyle.

Max tries his best to keep up with Ruby’s hectic lifestyle but gets humiliated in the process when a customer mistook him as her dad. His humiliation didn’t end there. He had to endure Jack Branning’s (Scott Maslen) teasing and Jean Slater’s (Gillian Wright) crass comment about their age gap. Tired of all this and wanting to prove that he’s serious, Max will propose to Ruby.

He pops the question in style with a bit of encouragement from his brother and some help from Bobby Beale (Clay Milner Russell). Max wants it to be intimate, but Ian Beale (Adam Woodyatt) overhears his plan and makes sure that everyone witnesses his planned proposal. Max realizes Ian’s plan but it’s too late. How will he propose in public?

Viewers know that Max had sex with at least 14 women on “EastEnders.” He’s not the hottest guy in the Square but women still go to bed with him for good reason.

The latest woman he got into bed with is Ruby Allen. He seduced her in record time after offering to help her with her work. In 2018, he was with Rainie Cross (Tanya Franks). They got married but eventually separated after Rainie got involved in drugs. She ended up moving with Phil (Steve McFadden) and struggled when she was forced to deal with her addiction.

In 2017, he was Fi Browning (Lisa Faulkner). Max proposed to her but she refused, leaving him alone in the pub. He also seduced Carmel Kazemi (Bonnie Langford) as part of his plan to have the Square demolished to build luxury flats. She hoped they’d get married but her hopes were dashed when she found him snogging Fi.