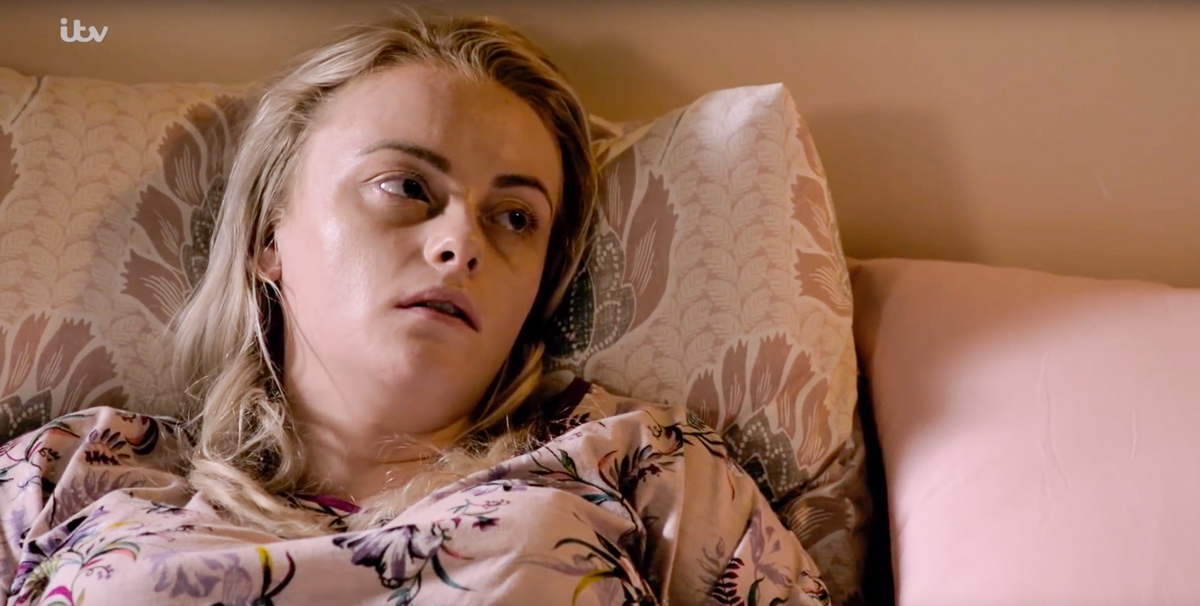 Coronation Street spoilers reveal that Sinead Osbourne (Katie McGlynn) made videos for her baby boy, Bertie.. These clips were stored on a laptop, which Daniel Osbourne (Rob Mallard) discovers has been stolen. He goes on a search, which leads not to the thief being arrested, but puts Daniel himself in handcuffs.

Preview photos posted on ITV’s official website, the network which airs the TV show, reveals that everyone is saying their final goodbyes. It almost seemed like Daniel wouldn’t make it to his wife’s funeral in time. However, he did end up arriving to bid an emotionally devastating farewell to Sinead.

However, it was previously teased that there would be drama surrounding Sinead’s final days. The series has shown that this includes the funeral planning. According to Coronation Street spoilers, the preview images hint that Daniel will be hit with another blow.

As fans recall from earlier episodes, Sinead wanted to be sure her baby knew that she loved him more than anything. She decided to make video clips talking to Bertie and saved them on a computer. Unfortunately, someone has swiped the laptop, which could forever erase Sinead’s final wishes and Bertie’s knowledge of his mother’s love. That is, unless Daniel can find the laptop and the person who took it.

It is revealed that Daniel decides to investigate the crime in an attempt to recover the priceless video mementos. He starts by visiting the local pawn shops. However, things take a downward spin when he starts throwing around accusations. The widow blasts a shopkeeper, insisting that he is handling stolen goods.

Corrie spoilers suggest that Daniel may have an intense rant and rave session as he still is in the midst of mourning. It can cause people to have extreme reactions, which we have already seen from Daniel. Well, this outburst could cost him more than just embarrassment.

The police end up coming down to the shop to diffuse the situation. A preview picture shows that Daniel is in handcuffs. However, it doesn’t appear that he is arrested.

Based on information provided on the network’s website, Daniel is later found crumpled on the ground sobbing his heart out. However, the one person that has been the most unforgiving toward him after Bethany Platt’s (Lucy Fallon) turns out to be his savior.

Beth Tinker (Lisa George) ends up coming across Daniel. Instead of spewing a verbal assault at the young widow, she gets on the ground and holds him close. Could Daniel’s emotional collapse and Beth’s comforting embrace be the start of these two rebuilding their relationship? Let’s hope so because that is what Sinead would have wanted.