General Hospital Spoilers: Dev Admits To Trina He Has Feelings For Joss! 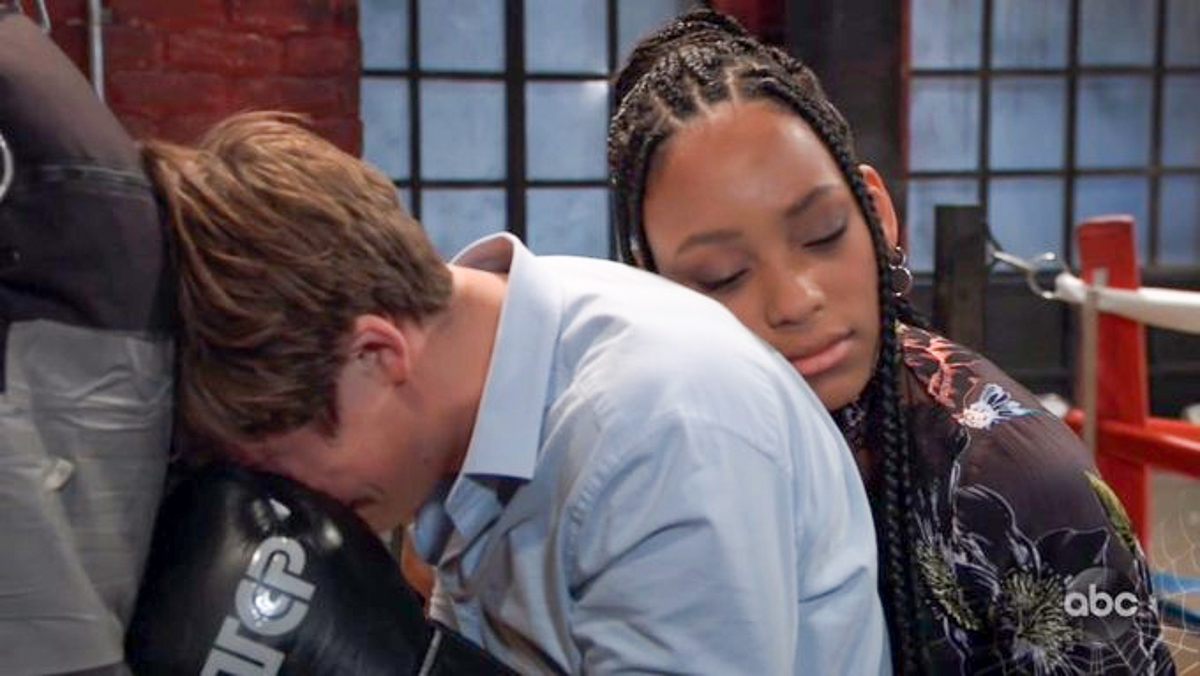 General Hospital (GH) spoilers tease that Trina Robinson (Sydney Mikayla) will soon corner Dev Cerci (Ashton Arbab). At the recent Halloween dance, Trina confessed her romantic interest to Dev, but Dev said he only though of her has as friend. Trina wanted to know if Dev had feelings for someone else, but he didn’t really give her a straight answer. A lot happened that night, with their friends Cameron Webber (William Upton) and Josslyn Jacks (Eden McCoy) getting caught with alcohol, so Trina didn’t really get a chance to press.

But it’s doubtful that Trina will just let this go. She suspects that Dev is interested in Joss, so look for her to confront Dev again. But does have feeling for Joss, and if he does, will he be willing to admit them to Trina. Dev knows that Joss is still mourning the death of Oscar Nero Quartermaine (Garret Stitt). Joss doesn’t need or want to be romantically involved with anyone right now, so the situation is tricky. And if Trina tells Joss, it might ruin anything Dev and Joss could have down the road.

GH Spoilers – Dev Cerci may also suspect that he has competition

Cameron may also think of Joss as more than a friend, and Dev may realize that once Joss is ready, Cameron might be the one to win her heart. That’s likely the reason Dev is so tight-lipped right now. He might want to see what happens between Cameron and Joss. It’s probably also why Dev is trying so hard to find ways to make money, as he is trying to make something of himself before he tells Joss how he feels.

General Hospital Spoilers – There is still a possible danger

Add this to fact that Dev might be eventually be in danger if the cartel in Turkey tracks him down. Sonny Corinthos (Maurice Bernard) has done as much as he can to protect Dev, but Dev’s true identity could still come out, and Dev would certainly not want to put Joss in danger just because she is involved with him.

What do you think? Does Dev feelings for Joss? IS he just waiting for circumstances to change so that he can tell her how he feels? Will Trina ruin everything by telling Joss herself? Only time will tell, but watch General Hospital weekdays on ABC to find out! And don’t forget to check back right here for all your General Hospital news, information and spoilers!