The Bold and the Beautiful’ Spoilers: Ridge Infuriated By Brooke’s Action – Bridge Marriage In Crisis 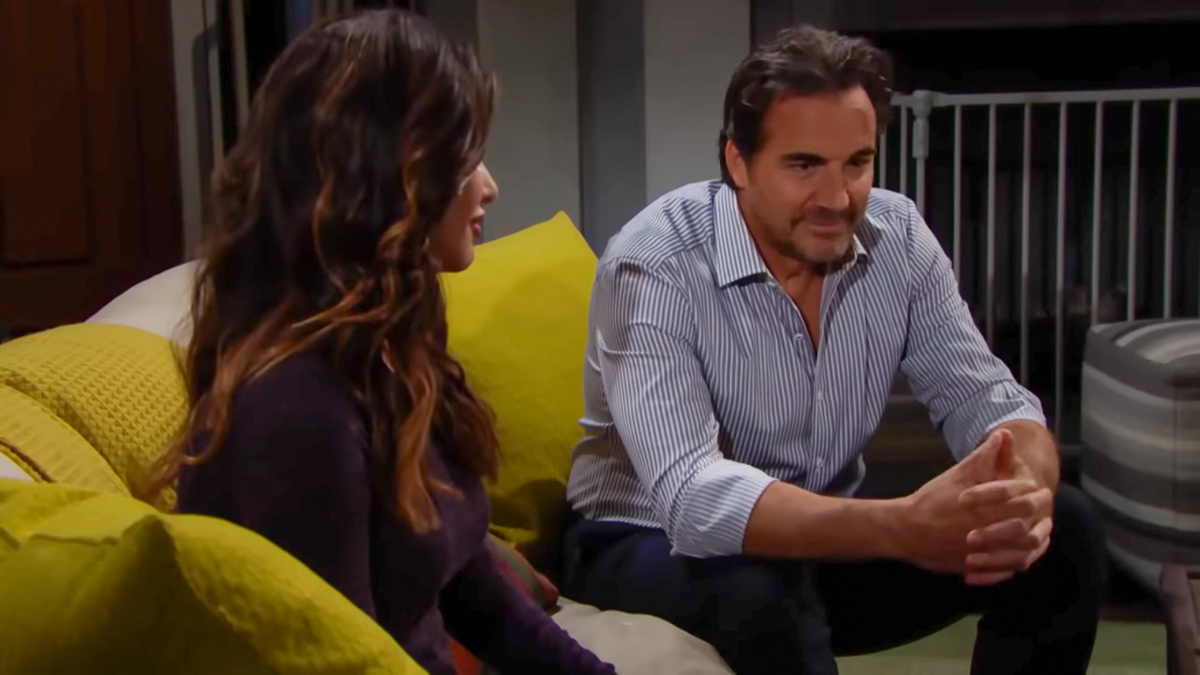 What started out as problems centered on their children and bled into Shauna Fulton’s (Denise Richards) availability to Ridge, has now circled back to the ongoing Thope battle.

Bold And The Beautiful Spoilers – Thope Is A Current Danger

Thope, being the nickname for Hope and Thomas Forrester (Matthew Atkinson), can be referenced in the present tense because savvy fans are assuming Atkinson’s character survived his fall into the vat. The dramatic events that led to Hope’s confrontation with Thomas in Forrester Creations storage room resulted from panic that ensued when she believed Douglas was put in danger by his father. The dynamic between Thope has long been dysfunctional, remaining so through today.

In reality, Hope is right. Thomas is a danger to his son. Improperly treated mental health issues are allowing Thomas to remain unstable. Ridge refuses to admit that his son his needs professional treatment, instead relying on a patchwork remedy that involves his love, the support of Queric at the Forrester estate, and phone calls from Taylor Hayes (Hunter Tylo), who’s in Europe on an unexplained and sustained stay.

Brooke first referenced the adoption issue in the form of a threat to Ridge. That was before she decided to kick Ridge out of her home.

Lang’s iconic B&B character told her husband that she wasn’t going to allow Douglas to remain under Thomas’ care. Ridge couldn’t believe that Brooke would take that type of aggressive stand. Thomas and Douglas weren’t related to her by blood, yet she appointed herself as the little boy’s defender.

Ridge intervened when Brooke made an initial push in having adoption papers created. Hope gave them to Thomas, he was affected by them and sought his dad’s input.

Thomas’ fall into the vat of hydrofluoric acid took place minutes after he signed Hope’s compromise adoption agreement. He agreed to share custody with Hope, while not relinquishing his own parental rights.

For a short while, Thomas will be assumed dead. Hope will therefore believe she is Douglas’ sole legal parent, further deepening Bridge’s dispute. But that reality will only hold until Thomas returns to reclaim his rights and possibly to exact revenge against Hope and Brooke, who may, or may not remain Ridge’s wife.