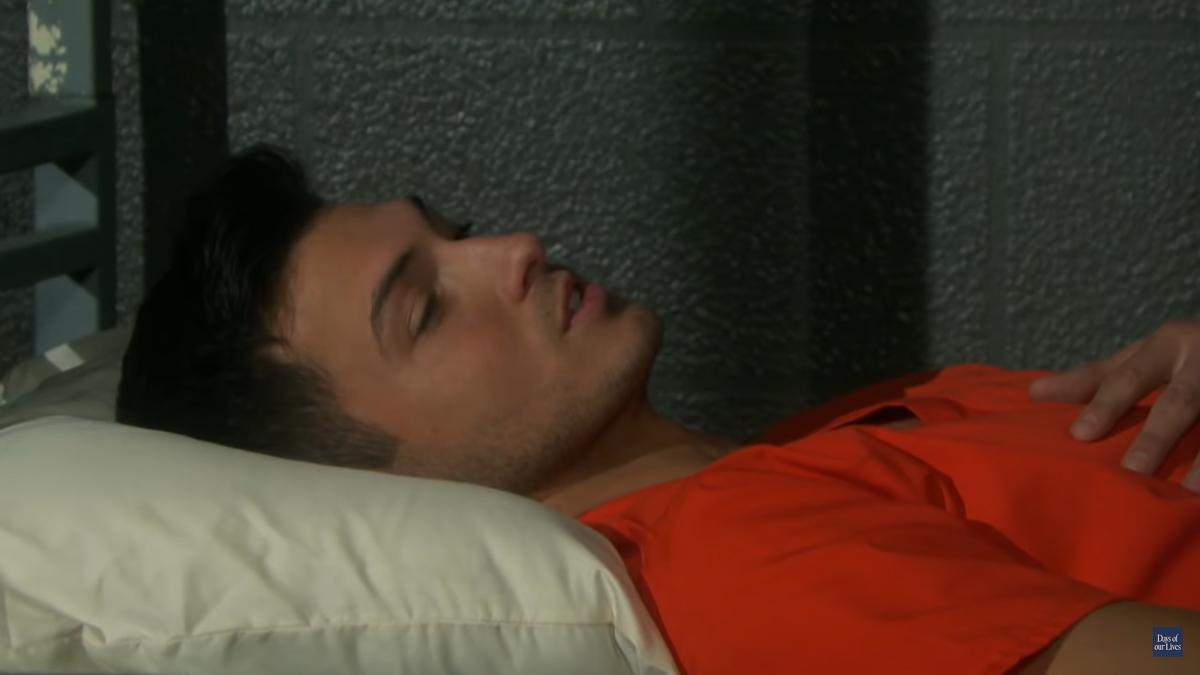 Days of Our Lives spoilers reveal that Ben Weston’s (Robert Scott Wilson) prison predicament is worse than fans thought. He wasn’t sentenced to several years or even life in prison. The innocent Salemite is on death row and Ciara Brady (Victoria Konefal) is running out of time.

When Ben discovered Jordan Ridgeway’s (Chrishell Hartley) body, he knew that the police would blame him for her death. DOOL spoilers tease that it wasn’t just his history that would make him a suspect. Jordan’s body was found at Ben’s house and things were tense between the siblings. However, the nail in his coffin the fact that Jordan was strangled with a scarf.

Back when Ben was the Necktie Killer, he murdered his victims in a similar fashion. Plus, Ben made the mistake of picking up the scarf, which led to his fingerprints being all over the murder weapon.

It seems that Ben’s situation is more dire than fans predicted. The Salemite was given the death penalty. That’s right, he is sitting on death row, which means that Ciara doesn’t have forever to find the real killer and clear Ben’s name.

Days of Our Lives spoilers indicate that she is working hard to quietly investigate Jordan’s death. She knew from the start that her grandfather, Victor Kiriakis (John Aniston) was involved. Despite her recent apology, Ciara still suspects the Kiriakis patriarch had Jordan killed and framed Ben for the crime.

However, Victor wouldn’t do his own dirty work. Someone else did it for him. Ciara needs to find out who killed Jordan and come up with the evidence to prove it beyond a reasonable doubt.

It is suggested that Ciara could end up saving the day. Victor had Xander Cook Kiriakis (Paul Telfer) do the double dirty deed. He was able to get the reformed bad boy to agree by offering him Brady Black’s (Eric Martsolf) job, CEO of Titan.

However, it is teased that in two weeks, Xander gives his confession to Hope Brady (Kristian Alfonso). Ciara is now in a position of power at Titan and she is learning to use it to her advantage. Does she get Xander to confess the truth to authorities in exchange for a sweeter deal? It appears that might be the case, which means “Cin” will be saved.