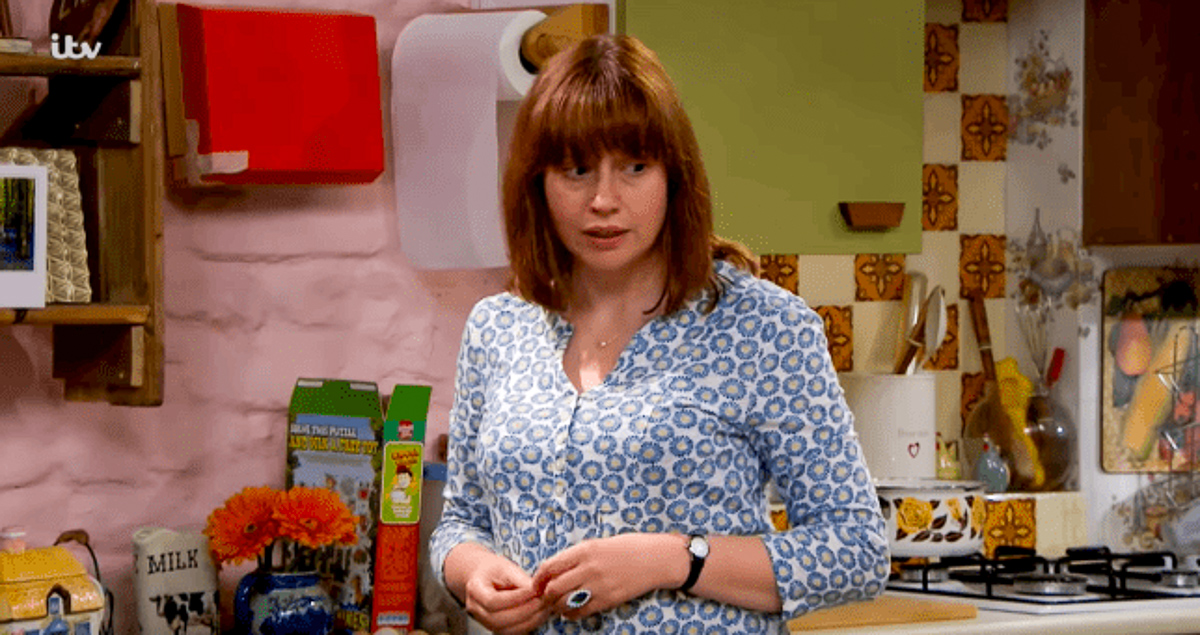 Emmerdale spoilers reveal that Lydia Hart (Karen Blick) receives more than one shock next week. She ends up coming face-to-face with her mother, Agatha Finn (Judith Barker). The woman is supposed to be dead, but there is Agatha, very much alive. However, that isn’t the only stunner that Lydia will receive. She learns about her father’s diagnosis, which suggests the possibility that the young woman could also have the disease.

All of this time, Lydia thought her mother was dead. Imagine her shock when she found herself standing in front of Agatha, who is actually alive and well. At the Dingle residence, the young woman listens to what her mother has to say. She braces herself to receive more surprises, but nothing could prepare her for Agatha’s revelation.

Emmerdale spoilers confirm that Agatha’s news isn’t pleasant. She explains that Lydia’s father died from Huntington’s Disease. Since it is a genetic disorder, there is a strong chance that the young woman inherited the disease. Unfortunately, the condition is fatal and symptoms often begin in the 30s and 40s.

If Lydia does have Huntington’s disease, this is an overview of the condition provided by the Mayo Clinic:

“… causes the progressive breakdown (degeneration) of nerve cells in the brain… broad impact on a person’s functional abilities and usually results in movement, thinking (cognitive) and psychiatric disorders.”

It is indicated that Lydia has a dilemma. Does she go to a doctor and find out if she has the condition? Or should she skip the testing for Huntington’s disease? There are pros and cons to each.

Early diagnosis wouldn’t really extend her life by much or prevent her from having debilitating disabilities. However, it could allow her to make medications to manage the symptoms. But that will only help her for so long and eventually, the fatal disease would take over her mind and body.

There is also another aspect to Lydia’s decision — would knowing she had the disease affect the way she lives life? While for some it could make them cherish every moment, others would constantly be plagued with thoughts of their impending doom.

Emmerdale Spoilers: Charity Devastated Over Split, World Crashing In On Her – But Vanessa’s Suffering Too https://t.co/nAzTb7gHzM pic.twitter.com/N29JpofitL

Being tested isn’t the only difficult decision Lydia will have to make in the upcoming week. Emmerdale spoilers also reveal that she has to think about her mother. Does she really want to have a relationship with Agatha? Or would it be better if they kept their distance from each other?

What do you think Lydia Hart should do about the health revelation? Should she get tested for Huntington’s disease? Should she consider having a relationship with Agatha Finn or would that be a bad idea?