General Hospital Spoilers – Is Carly Getting Too Close To Jax? Sonny Suspicious 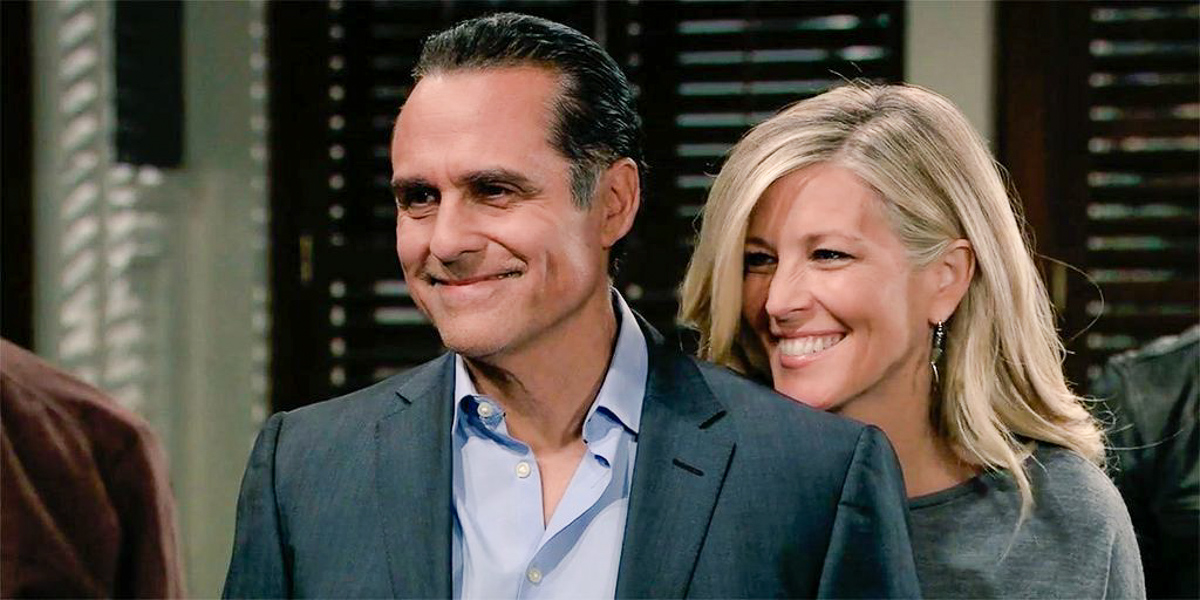 General Hospital spoilers tease that Sonny Corinthos (Maurice Benard) might become suspicious that his wife Carly Corinthos (Laura Wright) is having an affair with her ex-husband, and his rival, Jasper Jacks (Ingo Rademacher) because Carly won’t allow Josslyn Jacks (Eden McCoy) to move in with her dad!

As General Hospital viewers know, Carly was put in a spot by Nikolas Cassadine (Marcus Coloma) and Jax when she went over to Jax’s house in a recent episode to talk to him about why he backed out of letting Josslyn move in. Joss wants to move in with her dad for a while because there, she can get away from painful memories of her late boyfriend Oscar Nero Quartermaine (Garren Lake Stitt). Nikolas, who was on the back deck and heard the conversation, came inside and explained his situation, after which he got an earful from Carly about letting his mother, sister and son know he is alive and well! He then went on to explain his fears that Valentin Cassadine (James Patrick Stuart) would harm them as leverage over him if he didn’t neutralize him first!

GH Spoilers – Sonny Corinthos Wanted To Know What The Problem Is

Sonny, of course, wanted to know what the problem is with Joss moving in with Jax! Carly had to think quick to come up with an excuse to give Sonny without busting Nikolas! She told him that she thought that Jax may be seeing someone even though he also told her that renovations were taking place in the upstairs where the bedrooms were – Josslyn already saw what would be her room and so she knew hers was ready, but thought whoever Jax is seeing was someone he wanted to keep secret! Perceptive General Hospital viewers noticed a look of suspicion on Sonny’s face as he went upstairs and looked down at Carly in their living room! Might he be thinking that Carly herself is the girlfriend that Jax wants to keep secret?

General Hospital Spoilers – When You Think About It, Carly Corinthos Starting An Affair Now Would Be Ridiculous

When you think about it, Carly starting an affair now would be ridiculous! She just very recently gave birth to Donna Corinthos (Emma and Ella Hulen) and probably hasn’t even had sex with Sonny yet! It takes some time to recover from a caesarean section birth! The baby is newborn, and even though they have a nanny, we don’t know if Carly is bottle feeding or nursing her, although there are ways for a mother who nurses her baby to handle the situation if she works outside the home, which Carly does.

Jax certainly wouldn’t start an affair with Carly now when she has a newborn baby! SONNY wouldn’t even start an affair with such a new mother! However, Sonny doesn’t always think rationally, although before his diagnosis with bipolar disorder and his taking medicines for it he was much, much worse with irrational thinking and impulsivity. General Hospital viewers will recall that he didn’t trust Jax when he first came back to Port Charles and had intentions of buying Kate Howard’s (Kelly Sullivan) old house, and made a big to-do about not wanting Jax so close to his family – mainly meaning Carly!

Will Sonny realize his suspicions are ridiculous or will he snoop around or have one of his men snoop around Jax’s house and discover Nikolas alive himself? Stay tuned to General Hospital and keep checking General Hospital spoilers frequently for all the latest news, updates and developments!