General Hospital Spoilers: Jax Grills Nina About Valentin, Tries To Break Up The Couple – Wants Her For His Own? 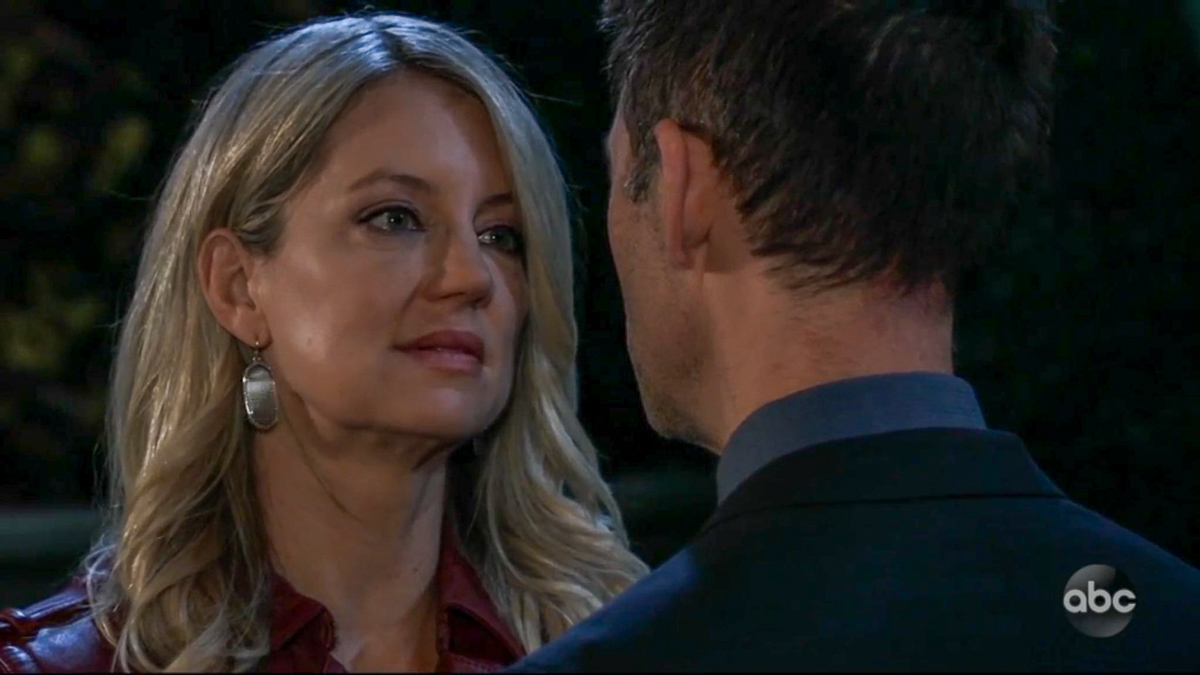 Nina will be confronted by Jasper Jacks (Ingo Rademacher) once again as to why she is staying with Valentin. General Hospital viewers will recall conversations in recent episodes by Hayden Barnes (Rebecca Budig), Jax, and Nikolas Cassadine (Marcus Coloma) where they had made a deal to help Nikolas find the codicil to Mikkos Cassadine’s (John Colicos) will that disinherited Valentin, in exchange for Nikolas helping them with certain things.

Jax may be telling some people, namely Carly Corinthos (Laura Wright) about Nikolas’ offer to sell him Cassadine Shipping Lines, but in that prior conversation Nikolas mentioned that Jax wanted Nina, and to get Nina, Valentin had to be out of the way!

General Hospital viewers will recall when Jax first came to town and attended the Nurses Ball; and the hot chemistry between Jax and Nina when they first met. Whether Jax confronts her at Crimson or elsewhere about leaving Valentin remains to be seen, but it sounds like possibly he may convince her to think about it and take a night away.

Nina won’t want to leave Charlotte because she is like a daughter to her, and so it may be difficult for her to make a decision to leave Valentin, because if she leaves him, she loses Charlotte in the process and there is still the deep desire to have her own child that she cannot get rid of!

General Hospital fans will wonder if Nina could spend another night with Jax thinking things over. It’s possible, but this time would have to be in the Metro Court because of Jax’s secret houseguest, Nikolas. Unless Nikolas were to reveal himself to Nina, as he did to Carly, it would be difficult for Nina to stay at Jax’s house again like she did the night of her would-be wedding.

Then again, she would have to make some kind of excuse to not be at Wyndemere, unless she and Valentin had a huge fight – which is possible, but unlikely, considering the supportive way she has been treating Valentin lately.

There is always the slight possibility that Cassandra Pierce (Jessica Tuck) actually survived the explosion of her escape boat set up by Valentin. Nikolas was on the docks with a gun, and he could have rescued her. She would have had to have jumped from the boat before it exploded but it didn’t look like she had time to do so. But if her body is not found in upcoming General Hospital episodes, there is the slight chance that she could have survived.

After all, she still hadn’t given Nikolas what he needed to take down Valentin, but of course he doesn’t know that she was playing the two Cassadines against each other. Cassandra was trying to tell Valentin about Nikolas shortly before the boat exploded, and he didn’t care. IF she survived, she may kidnap Nina and Nina may get away from her and return to Valentin and Charlotte.

Stay tuned to GH and keep checking General Hospital spoilers frequently for all the latest news, updates and developments