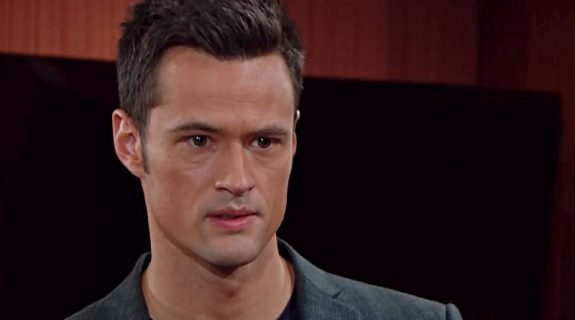 The Bold and the Beautiful spoilers reveal Hope Logan (Annika Noelle) plans to tell Ridge Forrester (Thorsten Kaye) that she killed Thomas Forrester (Matthew Atkinson). However, it won’t make sense, as Ridge and Steffy Forrester (Jacqueline MacInnes Wood) saw the vat being emptied. When Thomas reappears, he gives a different version of what happened.

Hope is struggling with her role in Thomas’ death. Brooke Logan Forrester (Katherine Kelly Lang) wants her to keep quiet. However, Hope can’t handle the guilt and constant flashbacks. She knows that she has to tell Ridge what happened to his son.

The Bold and the Beautiful spoilers tease that Ridge will find out about the incident one way or another. For one, he is already concerned about Thomas suddenly disappearing. Steffy is already worried since she hasn’t been able to reach her brother since that fateful night.

Due to the fact that Thomas is not really dead, he will eventually show up. Either Hope informs Ridge what happened that night or he will hear it from the villain. But don’t expect the details to match, as Thomas and Hope see things very differently.

Hope believes that Thomas was aggressive and she pushed him away so she could find Douglas Forrester (Henry Joseph Samiri). She will explain that she went back with the intention of saving Thomas, but was ordered to leave the restricted area.

In Thomas’ eyes, Hope shoved him and walked away after he fell in the acid. She never called for help or stopped to make sure he wasn’t injured or dead. By the time she returned, the body was gone. Even when she believed the body dissolved in the acid, Hope still didn’t call 911.

B&B spoilers tease that Ridge is already furious about Brooke and Hope trying to sever the bond between father and son. Once he learns about the catwalk, chemical bath and his son’s “death,” Ridge will explode. He is the type of man that wants to know the whole truth, but with Thomas and Hope having different details, who will he believe?

There is also the question of what happens after the big reveal. Will Ridge decide that Hope needs to pay for attempted murder and leaving the scene of a crime? Or will he side with Thomas, who is painting himself as an innocent victim?