The Young and the Restless (YR) Spoilers: Theo Invades Kyle’s Territory, How Will He React? 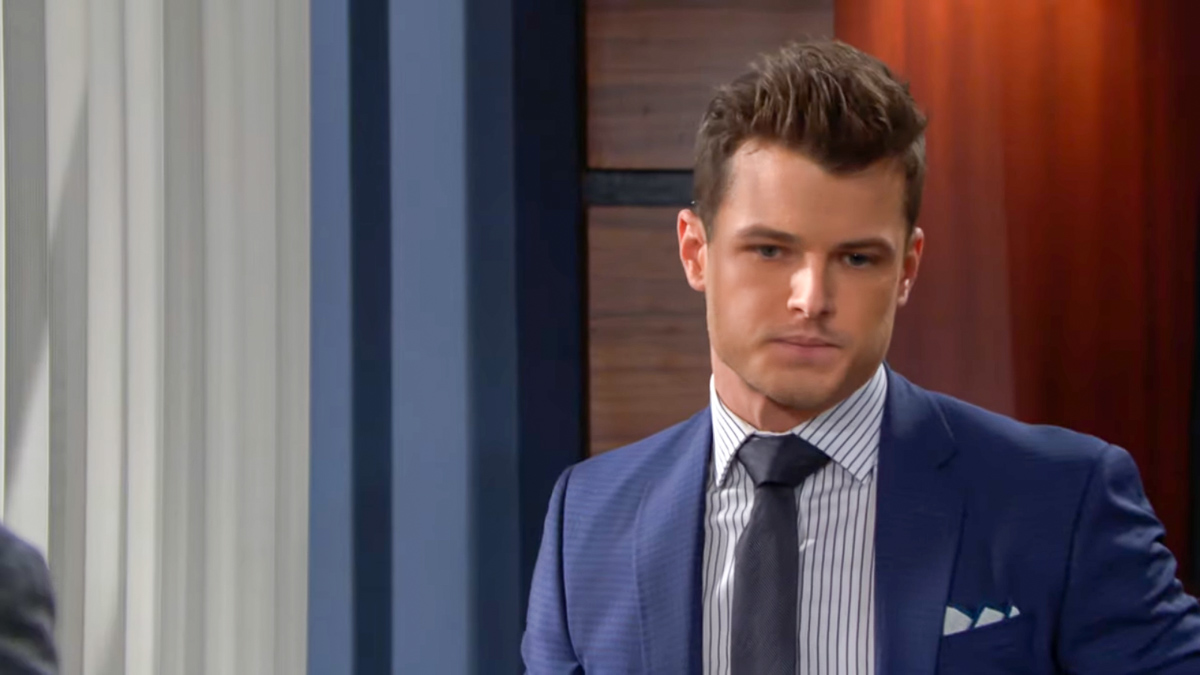 The question is, did Theo really invade his newfound cousin Kyle’s territory, or is that just what Kyle expects he will do and so he’s accusing Theo through a filter of his own expectations and perceptions? And exactly what kind of territory is Kyle accusing Theo of invading? Is it Kyle’s work territory, his family territory, or his wife territory? It’s a well-known fact that Kyle is jealous over his new wife Lola Abbott (Sasha Calle) and is suspicious of Theo and Lola’s friendship, even though Lola continually tells him it’s only a friendship, although now Theo truly does fall under the umbrella of family.

Theo didn’t ask for the truth about his father’s adoption to come out, or to find out that he too, is part of the Abbott family through the family matriarch, Dina Mergeron (Marla Adams). Theo didn’t ask for Ashley Abbott (Eileen Davidson) to take a shine to him and offer him a job in her office in Paris, France either. Theo hasn’t really made anything that could be considered even close to a move on Lola, either! So this “invasion” may indeed all be in Kyle’s head!

The Young and The Restless viewers will recall that the family patriarch, Jack Abbott (Peter Bergman) said when they first got Theo’s DNA results back and they were determined a match to that of Dina’s, that the family was to make Theo feel welcome. All Theo has gotten from Kyle so far is kickbacks and accusations, tempered with a huge dose of suspicion! Ashley, however welcomed him with open arms and the two of them even felt a bond with each other!

Kyle, however doesn’t even want Theo as a friend any more, although back in New York they were best buddies and got along fine! It’s like Kyle is ashamed of himself for things he did back then and Theo is an embarrassment to him, and a tie to a past he would rather deny participating in! He has made his opinions, his very strong opinions known to the rest of his family and found an ally in Billy Abbott (Jason Thompson) who agreed with him that Theo is a threat to both the Abbott family and to Jabot!

The most recent edition of Soap Opera Digest shows a photo in the spoilers section of Kyle and Theo at a table that appears to be at Society, the restaurant where Lola is a chef. Kyle’s body language, which shows him leaning in towards Theo, seems to imply that he’s really to tear Theo’s head off, and it could mean that the territory Kyle feels that Theo is invading might be Lola, since Theo hangs out there at Society quite often and even comes back to the area where Lola works which of course is close to the kitchen! The issues of trust for Kyle of Theo will take a lot of work to resolve, but Kyle will have to be willing to risk it!