Days of Our Lives Spoilers: Xander Confesses to Jordan’s Murder, But What About Victor Being the Mastermind? 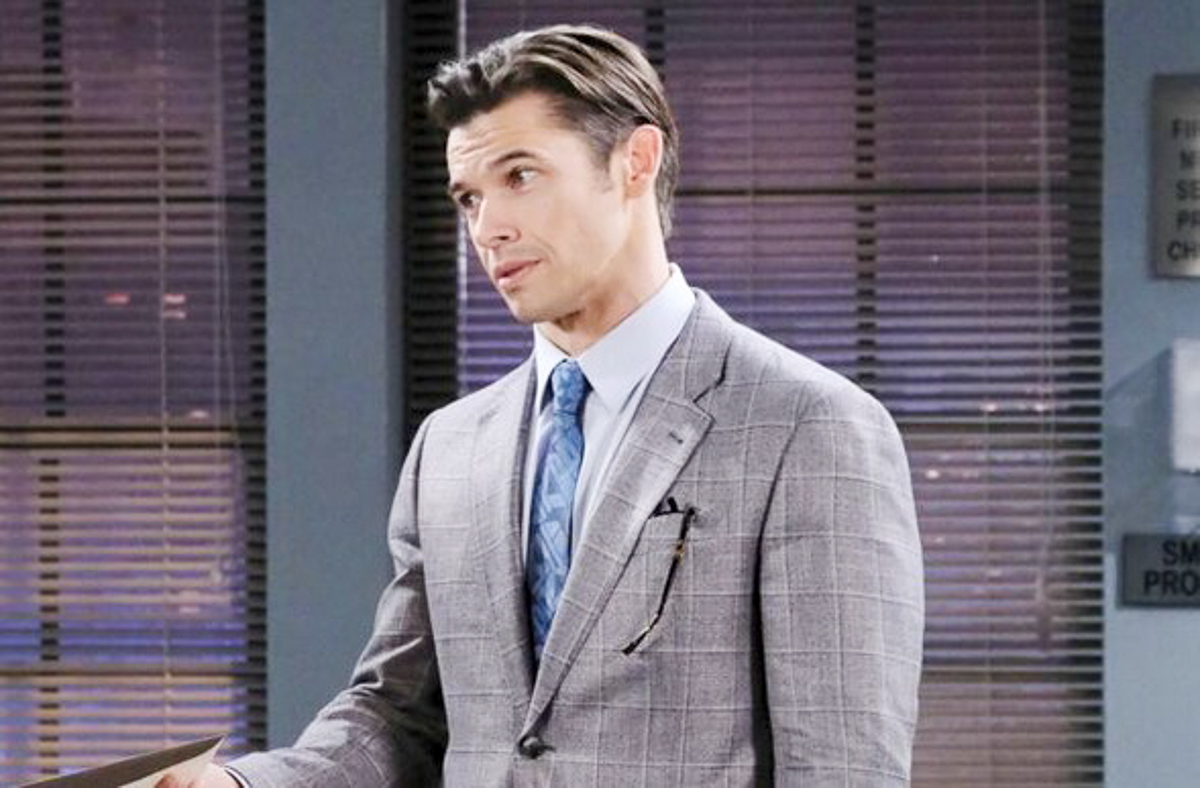 Days of Our Lives spoilers reveal Xander Cook Kiriakis (Paul Telfer) must confess to Jordan Ridgeway’s (Chrishell Hartley) to reunite Sarah Horton (Linsey Godfrey) with her kidnapped baby. But what about Victor Kiriakis (John Aniston) being the mastermind? Does he get away with it?

DOOL spoilers reveal that Ben Weston (Robert Scott Wilson) will get some help clearing his name. Sentenced to death for the murder, Clyde Weston (James Read) uses his power and connections to force Xander’s hand.

It is revealed that Clyde has one of his connections kidnap Sarah’s baby, Mickey. In order for the child to be returned to her mother, Xander hands Hope Brady (Kristian Alfonso) his confession. However, Clyde goes back on his word and won’t give back the baby unless he gets a deal, too.

Days of Our Lives spoilers tease that Ciara Brady (Victoria Konefal) has been trying to clear her boyfriend’s name. She still suspects Victor was involved, but she is playing it cool in front of her grandfather.

As fans know, Victor bribed Xander to kill Jordan and frame Ben for the crime. He did what the Kiriakis patriarch asked and was rewarded. The position of Titan CEO was taken away from Brady Black (Eric Martsolf) and given to Xander.

Even though Xander confesses to the crime, he wasn’t the mastermind of the plan. That was the brainchild of Victor, who wanted to get rid of both the siblings. He refuses to forgive Ben for his actions when he was the Necktie Killer. He simply won’t accept that Ben is a changed man.

As for Jordan, he had to do something about the unhinged physical therapist. She was not going to stop trying to kill Ciara. Eventually, Ciara’s luck would run out.

When Xander confesses, will he reveal Victor’s role in all of this? If so, will the patriarch have to face consequences? Or will his power and money get him out of hot water, as usual?

Be sure to tune in to catch up on everything happening on DOOL right now. Come back here often for the latest in Days of Our Lives spoilers, updates, news and rumors! news and updates!