The Bold and the Beautiful Spoilers: Ridge Forrester Goes Off On Guilt-Ridden Hope Logan 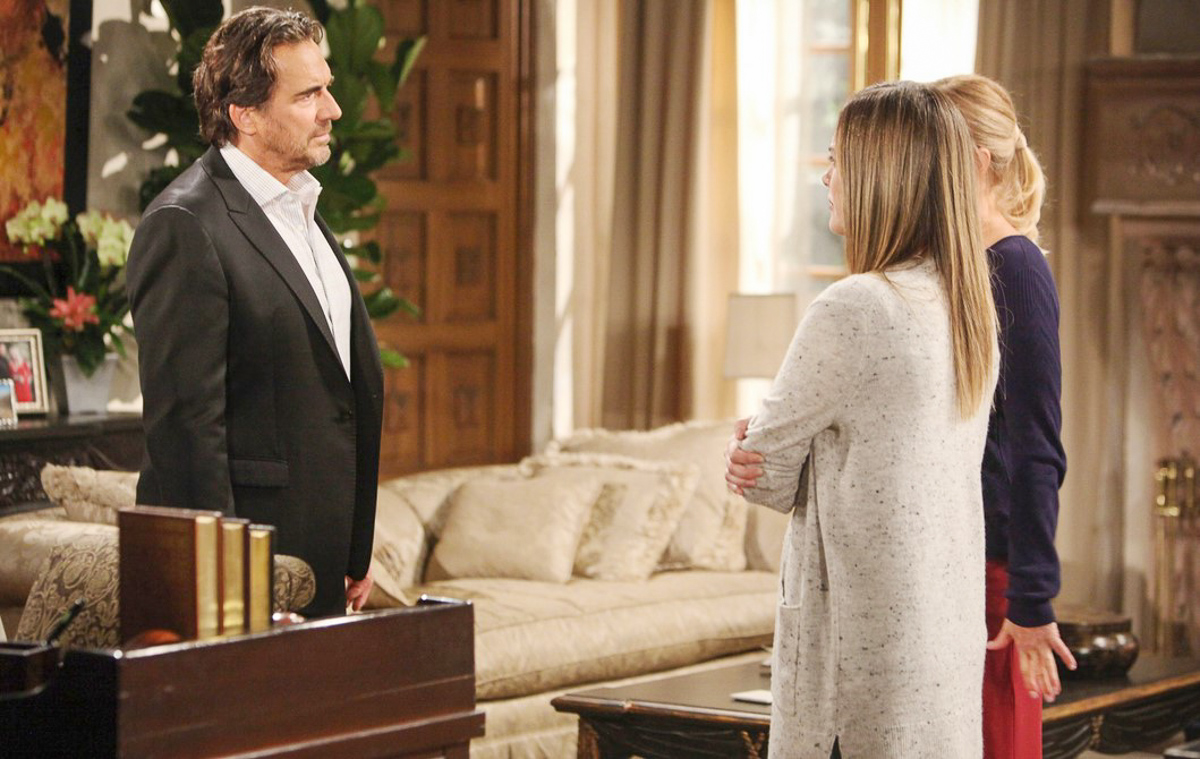 The Bold and the Beautiful spoilers tease that Ridge Forrester (Thorsten Kaye) will be apoplectic because he can’t locate his son, Thomas Forrester (Matthew Atkinson). Meanwhile, Hope Logan (Annika Noelle) will be racked with guilt because she believes Thomas’ disappearance means she accidentally killed him.

After already having to face his wife’s push of Thomas off the cliff in the back of Steffy Forrester’s (Jacqueline MacInnes Wood) home earlier this year, Ridge will be forced to deal with Hope’s misconceived push off the landing in the storage room at Forrester Creations. Yet another drama with the Logan’s, who, while well-intentioned, can inject their opinions too forcefully into the Forrester’s lives.

Brooke Logan Forrester (Katherine Kelly Lang) has been pressing her husband for months to recognize the danger Thomas represents. But Ridge is blinded by his paternal feelings, with those emotions completely fogging Brooke’s logic and the dark secret that Kaye’s character is hiding.

As B&B fans know, Ridge’s protective stance goes beyond the normal parental bond balanced father’s have with their children. In this instance, Thomas’ acknowledged tailgate of Emma Barber (Nia Sioux) off Mulholland Drive and his refusal to check on her after the crash is something that Ridge should have reported to the authorities. But like Thomas, his moral compass is way off.

While some people would contest, it’s reasonable to assert that Thomas’ untreated mental illness is the reason why he’s been acting out as he has for years. Okay, but what explanation can anyone offer on Ridge’s behalf?

Ridge shows no signs of being disturbed. Maybe he is and simply hasn’t been diagnosed. But if, as is suspected, he’s generally healthy, then his calculated decisions represent a free will choice to do wrong when the right choice exists. In all likelihood, Eric Forrester (John McCook) would, or will be, ashamed when he learns what his adopted son did to cover Thomas’ crimes.

All can’t revert to normal, with whatever that was, when Thomas returns from his hiding place. If, as expected, Atkinson’s character wasn’t dissolved in hydrofluoric acid, then the Forrester’s and the Logan’s will clash hard.

Ridge and Brooke’s marriage was in deep trouble before Hope thought she killed Thomas. That happened minutes after she got Thomas to agree to a joint custody share of Douglas Forrester (Henry Joseph Samiri), which telegraphs a legal battle that will be intertwined with all past and developing issues.

Various other people and couples will be impacted by the ongoing drama between Ridge, Brooke, and their children. Yes, this is great November Sweeps soap.