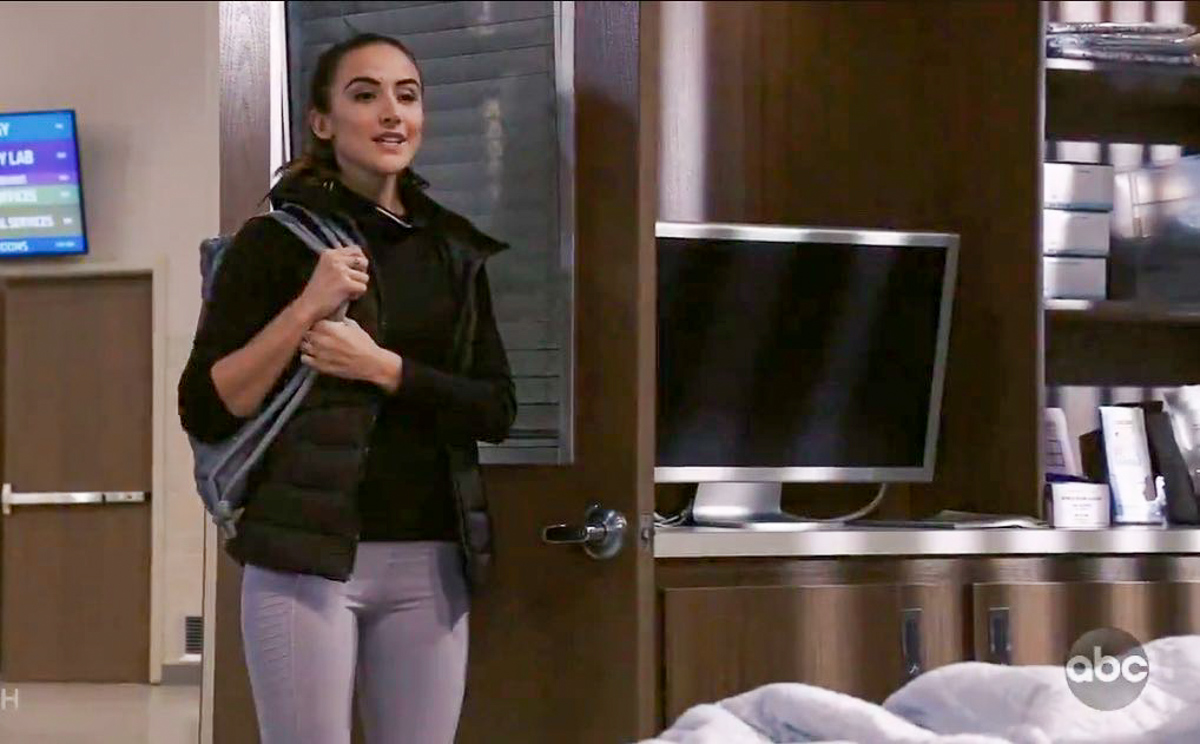 General Hospital (GH) spoilers tease that’s Kendra Lennon’s (Michelle Argyris) plans to kill Alexis Davis (Nancy Lee Grahn) were foiled when TJ Ashford (Tajh Bellow) correctly diagnosed that she had poisoned with Thallium, an ingredient in rat poison. A treatment plan was quickly put together and it looks like Alexis will be just fine. But now the search is on to find out just how Alexis came to ingest the deadly substance. Kendra put the substance in Alexis’ dietary supplement, but only after Alexis had the ingredients tested by her doctor.

General Hospital spoilers say it won’t be long before Neil Byrne (Joe Flannigan) suspects Kendra’s involvement and shares his suspicions with Alexis. Alexis won’t want to believe it, but she will likely come around to Neil’s way of thinking. When Kendra realizes that the jig is up, look for her to get out of the hospital as quickly as she can. But if she can’t kill Alexis, it’s quite possible she will next target Kristina Davis (Lexi Ainsworth), She must hold Kristina partly responsible for her brother Kiefer Bauer’s (Christian Alexander) death. If she can’t get her revenge on Alexis, then perhaps she will go after Kristina!

When they were first introduced, Kristina thought that she recognized Kendra. Perhaps Kendra will corner Kristina and threaten her, at which point Kristina will realize who Kendra is. Kendra may even rant about Alexis getting away with murder. Kristina’s pledge to Shiloh Archer (Coby Ryan McLaughlin) was a lie. In it, Kristina said that Alexis purposely ran Kiefer down when it was truly just an accident. Shiloh informed Kiefer’s family about Kristina’s pledge and that’s why Kendra is on her mission of revenge now.

Kendra will likely not believe her at first, but Kristina will eventually get through and Kendra will let her go and turn herself in. But there will be some tense scenes in the meantime, so make sure to watch General Hospital, airing weekdays on ABC! And don’t forget to check back right here for all your General Hospital news, information and spoilers!