General Hospital Spoilers: Lucas Pleads With Brad- Marriage And Relationship Is On A Slippery Slope 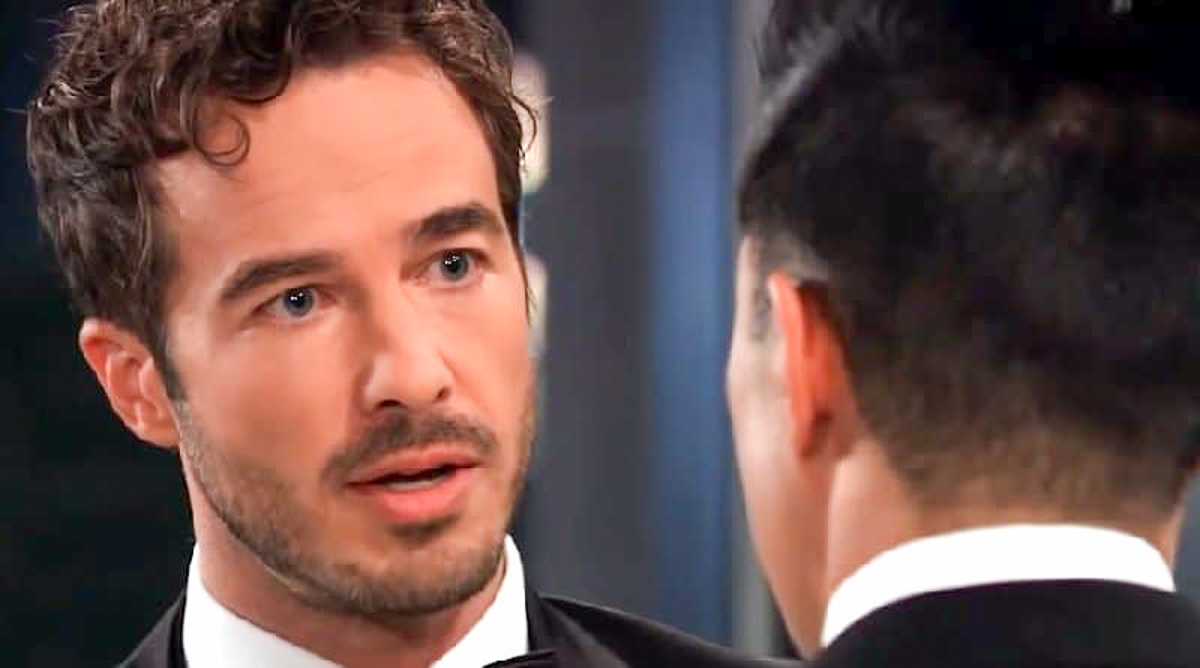 Brad and Lucas’ marriage and their relationship in general is on a slippery slope! Lucas even slugged him in a recent episode, and then it’s been back and forth ever since. Brad will become more and more desperate, and at the point that Lucas pleads with Brad, it may not be for something like forgiveness – Brad may become desperate enough to keep his lies hidden that he may try to flee Port Charles with Wiley Cooper-Jones (Erik and Theodore Olson) in tow! It may be that Lucas will plead with Brad to not leave town with Wiley, or plead with him to bring him back!

In a recent General Hospital episode, Liesl Obrecht (Kathleen Gati) nearly revealed that Wiley is really Jonah Corinthos (Erik and Theodore Olson) to Lucas at GH, and would have had Brad not interrupted. It did result in quite an argument between the two men, with Lucas wanting to know what Brad was hiding from him and why everyone was after him, culminating in a fist fight in an examining room at the hospital! In the meantime, Brad has made Julian so furious at him for throwing Julian under the bus to Lucas and destroying their relationship with each other, that Julian is seriously considering putting a hit out on Brad or doing the job himself; other General Hospital spoilers tease that Julian will check Brad’s schedule, and then take drastic measures! With Lucas accusing Brad, Julian possibly planning to kill Brad, and threats from Liesl to expose the baby swap secret, Brad may bottom out and hole up with Wiley somewhere and Lucas will plead with him to return the baby!

There are too many pressures and too many threats in Brad’s life especially regarding Wiley, and there may be one he will never see coming; Sonny Corinthos (Maurice Benard) and Michael Corinthos (Chad Duell)! General Hospital viewers will recall that Brook Lynn Ashton (Amanda Setton) has come to Port Charles, but the first place she landed was not the Quartermaine mansion – it was Charlie’s Pub, to load up on some Black Russians. Julian tried to close early but Brook Lynn refused to leave. Earlier, Brad had come to lean on Julian and Julian was not real “leanable” at the time – and Brook Lynn, a few tables back from the bar, heard every word of Brad and Julian’s conversation; she heard “Lucas” (whom she used to date before he came out) she heard “Sonny” (she knows him well too) and that there was a secret about a baby named Wiley and that Sonny’s grandson was still alive!

Other General Hospital spoilers tease that Brook Lynn will go to talk to Sonny and that might be what she’s going to talk to him about! All that will cause Brad to freak and either try to take off with Wiley, or he could even become suicidal and Lucas may plead with him trying to save his life! General Hospital is known for dealing with real life issues and so this is a very real possibility!