Young And The Restless Spoilers Spoilers: Phyllis Fishes For Intel- Is Chelsea A Liability For Her Hotel? 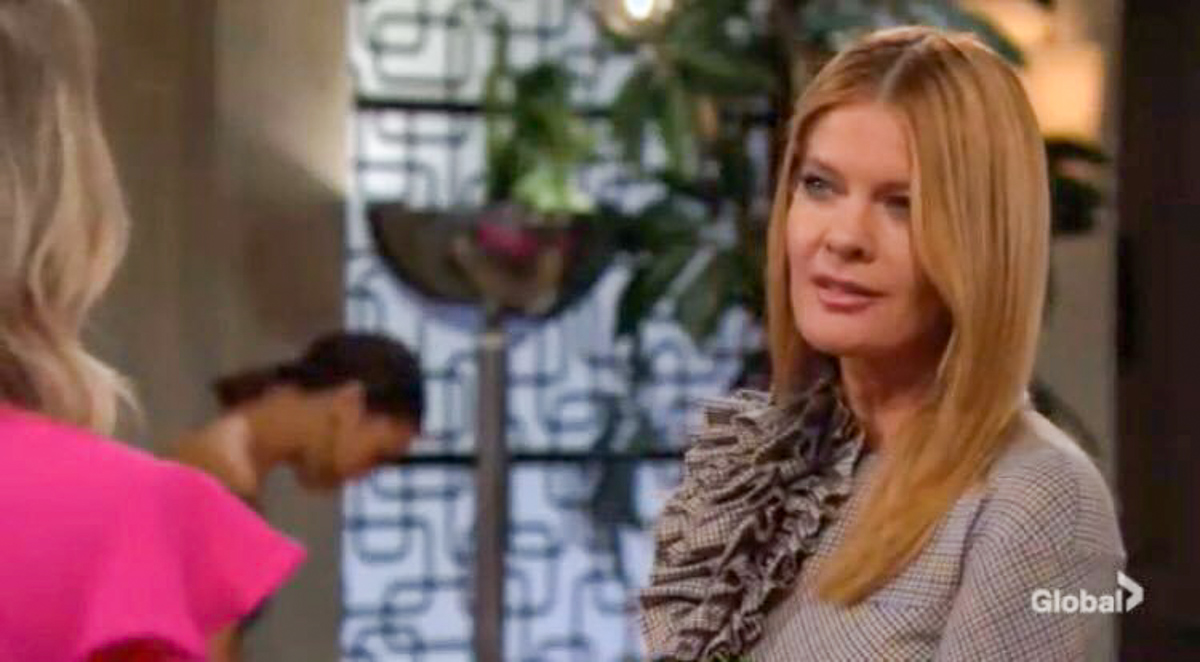 It sounds like Phyllis’ end game may be trying to get the Grand Phoenix back into her hands only and divest her partners. She hasn’t honed in on Abby Newman (Melissa Ordway) in a big way just yet, but perceptive Y & R viewers may suspect Abby is next. Phyllis has needled Abby about looking in the hotel’s security system and about Chelsea Lawson (Melissa Claire Egan) being a risk. Viewers will recall in a recent episode that Phyllis also barged in on Chance Chancellor (Donny Boaz) and Adam Newman (Mark Grossman) having a private conversation in Adam’s penthouse.

She wanted to talk about saving her hotel and alluded to “threats from within.” When she and Chance were working together to stop the hostage standoff last week, she told Chance she wouldn’t be surprised if Chelsea “was in on it” with Simon Black, (Jeffrey Vincent Parise) considering she had seen the two having several conversations prior to the hostage standoff. She also had stopped Kevin Fisher (Greg Rikaart) and told him she had seen him and Chloe Mitchell (Elizabeth Hendrickson) impersonating FBI agents and thinks there is a connection between Simon, Chance, and Chelsea. He brushed her off, saying they were dressed up for a costume party and told her she knew this because she want to get the Grand Phoenix back in her own hands.

The Young and the Restless Spoilers: Kyle and Lola, Who Will Cheat First? https://t.co/Ha9neXt79i pic.twitter.com/AKHH25D1cY

In a recent weekly preview, Phyllis is shown trying to come on to Nick Newman (Joshua Morrow), saying that they are both single and two consenting adults so that leaves things open. She knows that Chelsea has moved in with Adam, and although she may just be misinterpreting the situation, since Chelsea is only there to support she and Adam’s son, Connor Newman (Judah Mackey) who is traumatized from the hostage standoff and to make him feel safer, Phyllis may also be flirting with Nick trying to get information about Chelsea and trying to seduce him to get him to open up! It wouldn’t be like Phyllis hadn’t used this type of tactic before, and she so far had not gotten any information about a connection between Simon and Chelsea from anyone else she has asked, not even Adam!

Of course, Kevin is correct. She wants to find some provable dirt on Chelsea so she can work on her other partner, Abby, to give Chelsea the boot from the Grand Phoenix partnership; once she has been able to get Chelsea out, then she will likely start on trying to get Abby out as well. It’s understandable; Phyllis had the whole property under her own name only until she was bought out! She’s just trying to get back what was hers alone!