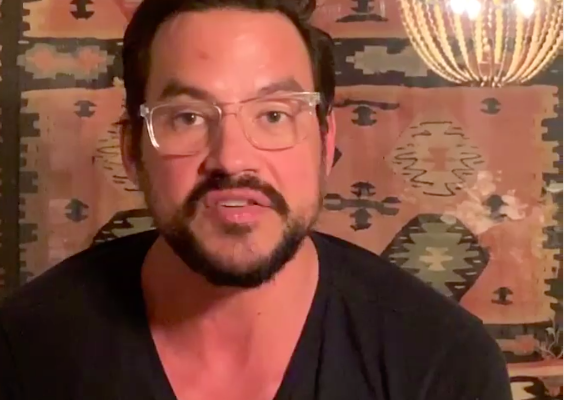 As per the report gathered by TMZ from the Monroe County Prosecutor’s Office, “Days of Our Lives” alum Tyler Christopher has pleaded guilty to two counts of misdemeanor public intoxication after his recent arrest. The actor was ordered to pay a fine of $440 but wasn’t asked to check himself into alcohol rehab and neither was he put on probation.

The actor, who’s known for his role as Stefan DiMera on “Days of Our Lives” and Nikolas Cassadine on “General Hospital,” was arrested for two different incidents, on November 8 and November 11 in Martinsville, Indiana.

Court documents revealed that during the first incident, Christopher had a blood alcohol level of .267, which was three times higher than the legal limit in Indiana. The police found the actor outside a Walgreens with blood running from his nose. He was immediately brought to a nearby emergency room where he was patched up and where a breathalyzer test was administered. The police told him that a warrant of arrest will be filed against him.

The second incident was during Christopher’s birthday. The police found him intoxicated at the backseat of an Uber driver’s car. A bottle with two-fifths of bourbon and one that was half empty was also discovered. He was brought to the hospital but the actor signed himself out against medical advice.

These two incidents were not the only times he was reported for being intoxicated. There had been a total of 9 incident reports since September 14, including the November 8 and 11 incidents.

Days Of Our Lives Spoilers: Was Will Driving Drunk When Adrienne Died? https://t.co/8uuGMdwtHl pic.twitter.com/TCvXVT5Wc0

Days Of Our Lives Spoilers: Fans Offer Support For Christopher

Another one chimed in and said, “This is a shame, and I hope TC soon gets the help he clearly needs.”

“Tyler’s life is more important than acting on a soap. I’m praying for his recovery & healing and that his family and friends show him that they love him and will walk through recovery with him,” another one commented.

The news about Christopher’s arrest came amid difficult times for “Days of Our Lives.” It’s been recently reported that the actors of the sudser have been released from their contracts as negotiations between NBC and Sony Pictures Television continue about the show’s renewal.