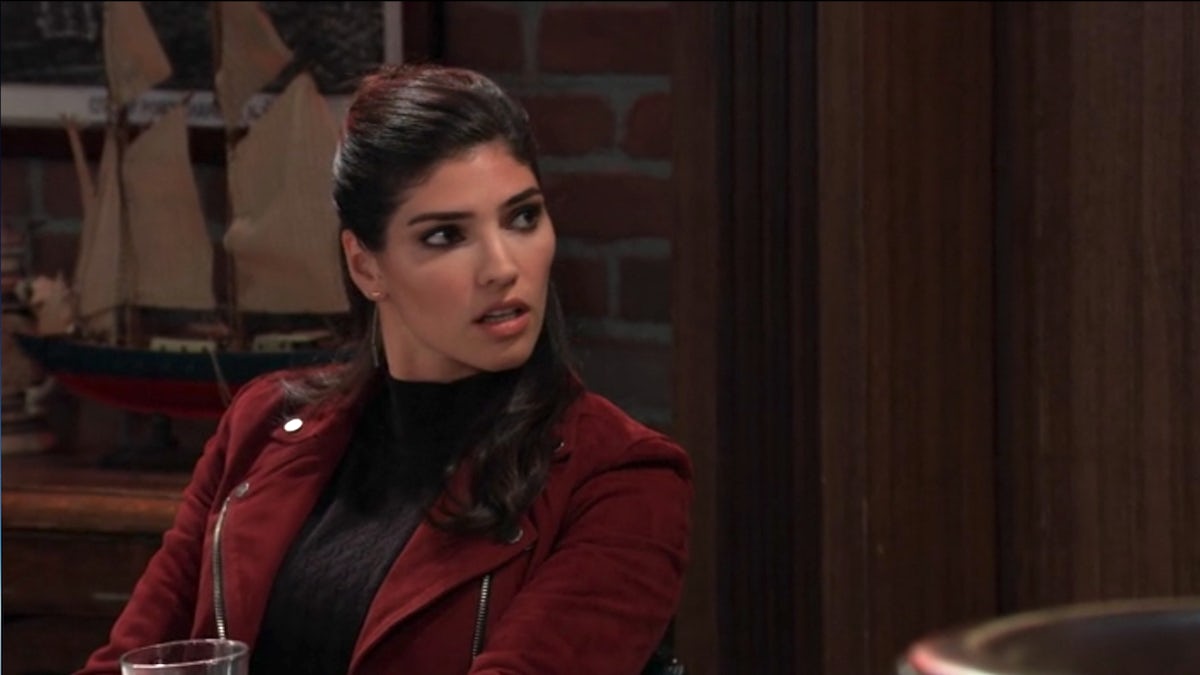 As General Hospital viewers will recall, Brook Lynn stopped at Charlie’s Pub for some black Russian cocktails before she went to her family’s home, the Quartermaine mansion. It is doubtful that her father and stepmother, Ned and Olivia Quartermaine (Wally Kurth, Lisa LoCicero) even know she’s in town! During her stop there she overheard Brad Cooper (Parry Shen) and Julian Jerome (William DeVry) having a conversation at the bar, and perceptive General Hospital viewers noticed Brook Lynn was staring and getting every detail! She tried to get out of Julian what he was talking about later, too!

Brook Lynn knows all those names she heard in Julian and Brad’s conversation; her mother Lois Cerullo (Rena Sofer) and Olivia Falconeri Quartermaine grew up as friends so of course she’s heard about Sonny Corinthos (Maurice Benard)! She dated Lucas for a brief time in high school before he came out, so she could pretty well figure out what the conversation was about. Just because she’s been on the road as a singer or back in Bensonhurst, it doesn’t mean she doesn’t keep up with the homies in Port Charles! She did give Julian a piece of advice; that maybe he should get out of town before he gets burned! However, she got a little ticked when she found out Julian thought she might be a hooker! But she didn’t let on if she knew who he was talking about. Later she went home and there was Sonny talking to Olivia. She asked him if he was still driving the ladies wild!

There’s nothing like being back home with daddy and family friends, although General Hospital viewers could definitely see that there’s a lot of Bensonhurst and Brooklyn in Brook Lynn! And there’s something about Julian and his “associate” and their conversation that Sonny probably needs to know. She may be more interested in busting the guy that thought she was a hooker than telling Sonny what she heard out of the goodness of her own heart, however. This is what she knows; she heard the “associate” tell the bartender that “the associate” was involved with Lucas and that Sonny’s grandson was alive. All she would need to do is describe Brad and tell them she was at Charlie’s Pub for Sonny to figure things out, even if she doesn’t have every single detail; she did encourage Julian to talk to her and even though he didn’t give many details, she may have figured out that the Sonny they were talking about was Sonny Corinthos and tell him, and he’ll take care of the rest!