Days Of Our Lives Spoilers: Ben Defends Will In Prison – Lani Reaches Out To Abe 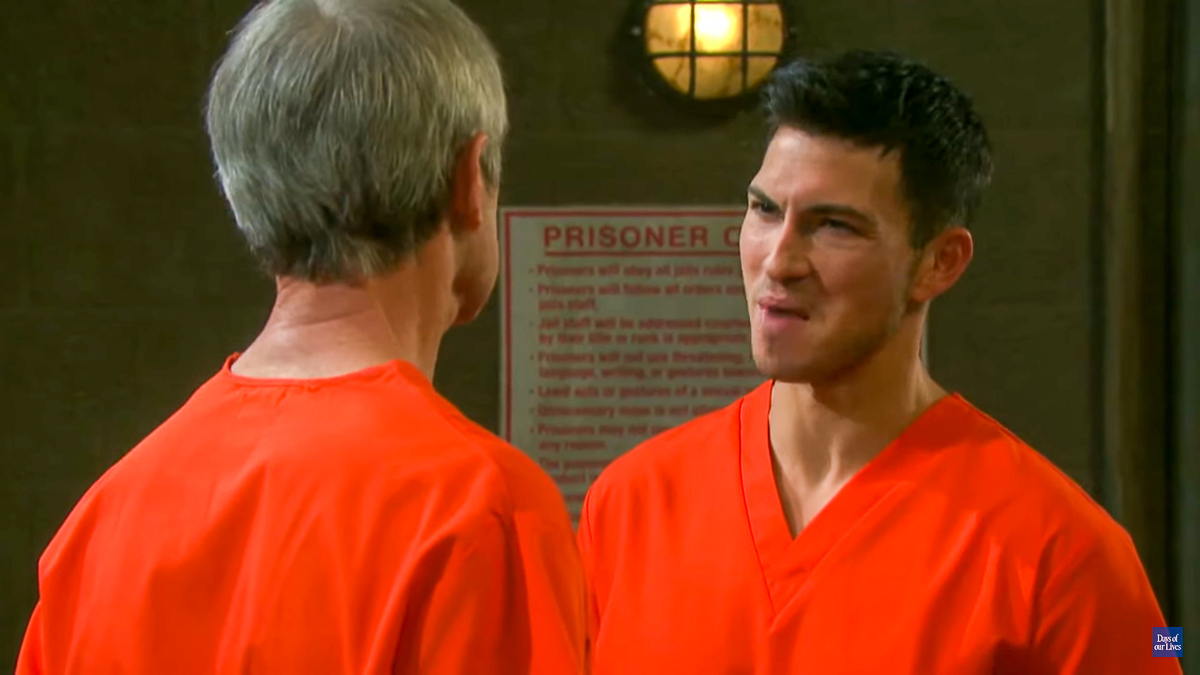 Days of Our Lives spoilers reveal Ben Weston (Robert Scott Wilson) defends Will Horton (Chandler Massey) in prison. Elsewhere, Lani Price (Sal Stowers) reaches out to her father, Abe Carver (James Reynolds). Keep reading to find out what to expect on the NBC soap opera in the next few weeks.

It had been teased that there would be more than a few Salemites in prison after the time jump. Many people suspected Ben Weston would be one of them and that turned out to be correct. In addition, Will Horton and Eve Donovan (Kassie DePaiva) also ended up behind bars.

Days of Our Lives indicate that Ben and Will aren’t best buddies and this continues during the prison storyline. To add to that already tense relationship is they are now cellmates. Despite Will not wanting anything to do with Ben, they will have a storyline together. At some point, Ben steps up and defends Will.

Days of Our Lives Spoilers – Moving to the Convent

As for Lani, she is staying in a convent with Kristen DiMera (Stacy Haiduk). The whole story behind their living accommodations hasn’t been revealed. However, fans wonder why Lani hasn’t reached out to her family since leaving Salem. That will soon come to an end. In the next few weeks, expect her to finally contact her father, Abe Carver.

DOOL spoilers suggest that once Lani does talk to her father, she will learn that Eli Grant (Lamon Archey) is sleeping with the enemy. How will she react after discovering that Gabi Hernandez DiMera (Camila Banus) got her claws into Lani’s man? It is teased that she finally tells Kristen about Gabi’s role in her leaving Eli.

Will the former villain tap into her old ways in order to help her new friend get justice? At some point, someone is going to have to do something. Gabi is completely out of control and not getting any better. Fans will have to keep watching the NBC soap opera to find out.