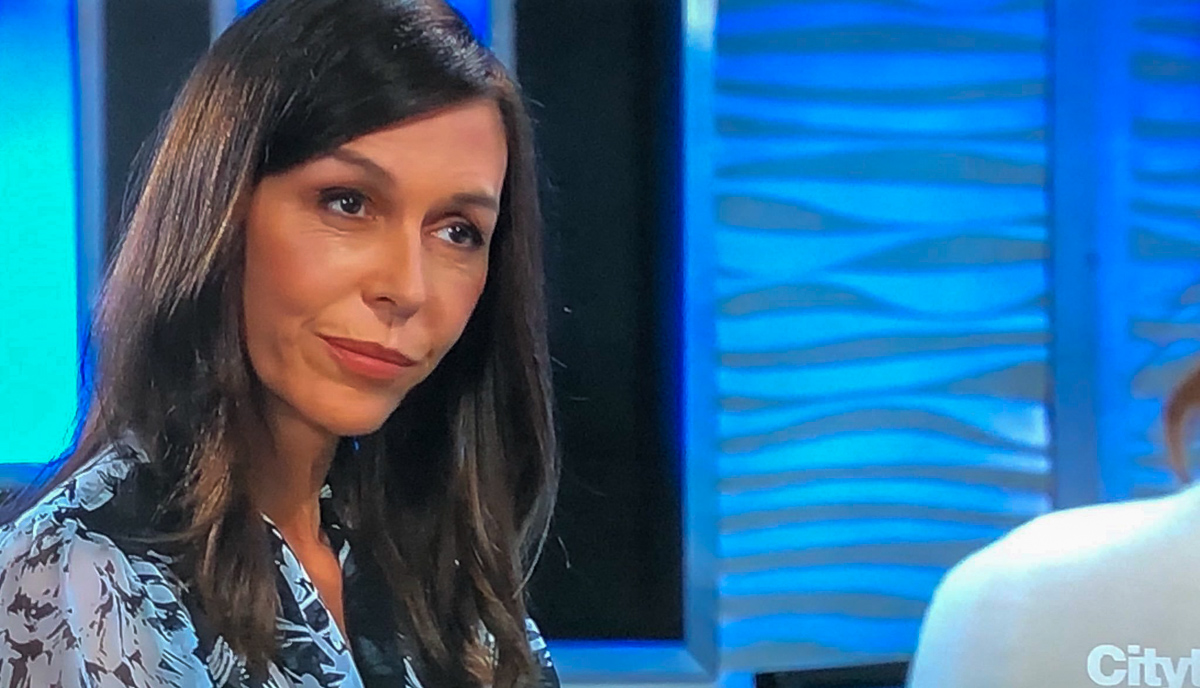 General Hospital (GH) spoilers tease that Dr. Hamilton Finn (Michael Easton) may soon find himself with sole custody of his newfound daughter, Violet Barnes (Jophielle Love). Violet’s mother, Hayden Barnes (Rebecca Budig) has found herself in a situation where it looks like she is going to have to go into hiding due to her involvement in the hunt for the codicil to Mikkos Cassadine’s will. Not wanting to separate Finn from Violet after they just found each other, Hayden will likely tearfully leave her daughter with Finn!

Finn is certainly not prepared nor did he expect to basically be a single father. His fiancé, Anna Devane (Finola Hughes) has already raised a child and likely does not want to help raise another child at this point in her life. There is no doubt that Anna is madly in love with Finn, and he with her, but having a child enter the mix is a huge change. Anna will likely have to do some soul searching and her decision will likely be that she needs to let Finn go.

As happy as Finn will be to have Violet in his life, he didn’t expect this latest turn of events but will be committed to provide a good life for his newfound daughter. Finn would hope that Anna will be on board, but will be completely understanding if she can’t take on that kind of responsibility. So as hard as it will be for both of them, it’s likely that Anna and Finn will go their separate ways.

Anna will reluctantly return Finn’s ring and he will move out. He may end up taking the apartment that Hayden just obtained for herself and Violet. Finn will also be concerned for Hayden’s safety. She is the mother of his child and she is in grave danger. And being without Anna will make it even more difficult, but Finn will do what’s best for Violet.

Will Anna and Finn reluctantly go their separate ways? Will Finn have to take sole custody of Violet? Only time will tell, but it sounds like some heartbreaking scenes are coming up on General Hosptial, airing weekdays on ABC. And don’t forget to check back here regularly for all your General Hospital news, information and spoilers!