General Hospital Spoilers: Valentin asks Ava for the portrait? Will she betray Nikolas and his family a second time? 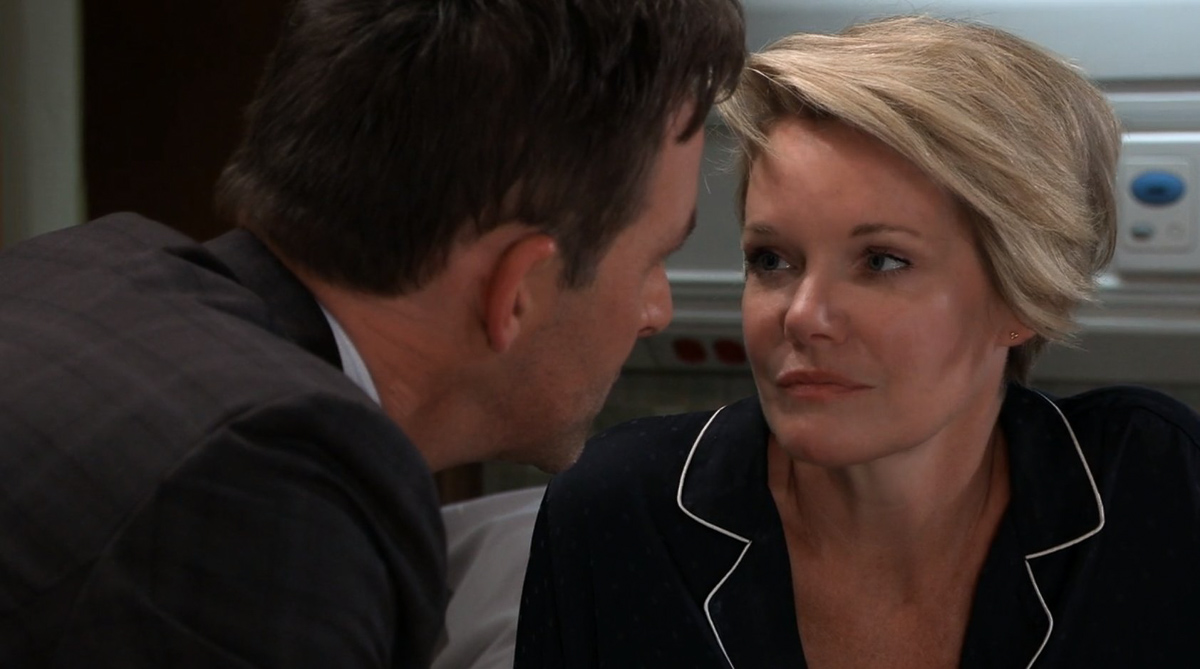 General Hospital (GH) spoilers tease that Ava Jerome (Maura West) may soon get a visit from Valentin Cassadine (James Patrick Stuart). Ava has been seeking treatment at Shadybrook after seeing Nikolas Cassadine (Marcus Coloma) reveal himself to her. No one believed Ava because Nikolas has been presumed dead for years.

General Hospital Spoilers – Ava Jerome and Nikolas Cassadine have a past!

When Valentin shot Nikolas and left him presumed dead, he and Ava had just started a romantic relationship. Ava was present when Valentin shot Nikolas in cold blood. But Valentin offered to have the scars on Ava’s face removed if she would testify the shooting was in self-defense. Ava chose to agree to Valentin’s terms, thereby betraying Nikolas’ memory and his family. Ava regrets this decision, but what will happen when she is given a second opportunity?

Ava has acquired the portrait of Helena Cassadine (Constance Towers) that contains a codicil to the will of Mikkos Cassadine that would disinherit Valentin and restore the Cassadine fortune to Nikolas’ son Spencer. Truthfully, it would go to Nikolas since he is still alive, but no one knows that yet. Valentin through the portrait out, but has since come to wonder if it does have some value he is unaware of.

Ava is well aware of the artist that painted the portrait and is somewhat of an expert in solving the riddles that he would often include in his paintings. So if Valentin comes to Ava asking for the portrait, knowing that it has potential value, what will she do? Will Valentin offer her something to entice her as he has done before? Will Ava just give in to Valentin’s request or will she find the codicil herself?

Will Ava agree to sell the painting back to Valentin, even knowing it’s potential value. Or will she find the codicil herself, and give it to Laura Collins (Genie Francis)? Only time will tell, but stay tuned to General Hosptial, airing weekdays on ABC. And don’t forget to check back here regularly for all your General Hospital news, information and spoilers?