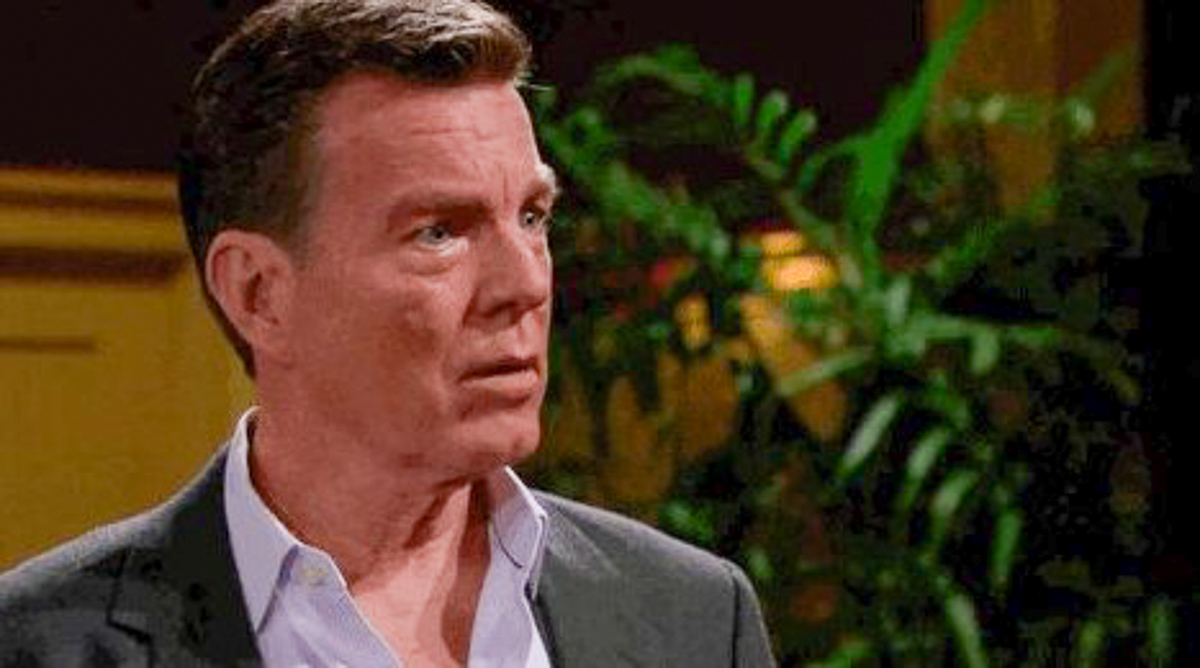 Jack Abbott (Peter Bergman) countered his sister on ‘The Young and the Restless’. But the former Chief Executive Officer of Jabot didn’t reclaim the chair his father, John Abbott (Jerry Douglas) once sat in. Instead, Jack is setting a new, younger course for the family business.

Billy Abbott’s (Jason Thompson) decision to step back from his leadership role with the company set in motion three decisions that Jack felt are best. He wants Lauren Fenmore (Tracey Bregman) to become co-CEO, sharing the title with Kyle Abbott (Michael Mealor).

Summer Newman (Hunter King) is being promoted to the head of Jabot’s marketing department. As for Theo Vanderway (Tyler Johnson), the newest, extended member of the Abbott family, he’s accepted the position his uncle Jack offered and now heads Jabot’s social media.

Young And The Restless Spoilers – Cancel That Trip To Paris

Y&R seemed to be opening a plot door for Eileen Davidson’s (Ashley Abbott) legacy character to be seen more often. As devoted fans know, the longtime actor stepped back from her regular series work contract to recurring status in the recent past.

So instead of Theo jetting off to Paris, France, where he would have worked closely with Ashley in her part of the family company, My Beauty, a reversal was made. Kyle’s hopes to be rid of Theo were dashed after marinating for less than one episode.

Asking Lauren to take on a larger role in overseeing the fused companies makes sense, as she distances Kyle by miles in terms of business experience and savvy. This is Jack’s safeguard against over reliance on Kyle, Summer, and Theo’s bravado.

Kyle and Lola Abbott (Sasha Calle) are solid. Married for a handful of months, the love ‘Kola’ shares represents one of Y&R’s heartwarming aspects.

Theo likes Lola, a lot. While he is fond of Summer and is currently dating her, Lola would be his woman of choice if she was an option, which she’s not.

Lola has recently seen a breakthrough in her husband. He’s recognized mistakes and come to see his issues with Billy and Theo as ones that can be overcome. So, Kyle does seem primed to accept the big changes his father made.

The Young and the Restless Spoilers: What Happened In Vegas With Chance and Adam? https://t.co/Sfxu56rQu9 pic.twitter.com/PB7i80e3Uu

Summer and Theo actually appear well suited to each other. They need to be managed by different personality types, but seem to be thriving as a couple.

Y&R’s positioning of Theo into the already existing Kyle-Summer mix at Jabot surely telegraphs many opportunities for personal drama that builds off business issues. Yes, Jack’s hopes to go young at Jabot, as balanced by Lauren’s trusted presence, should bear fruit in ways that he likely can’t project. But there will also be plenty of soapy intrigue as well.