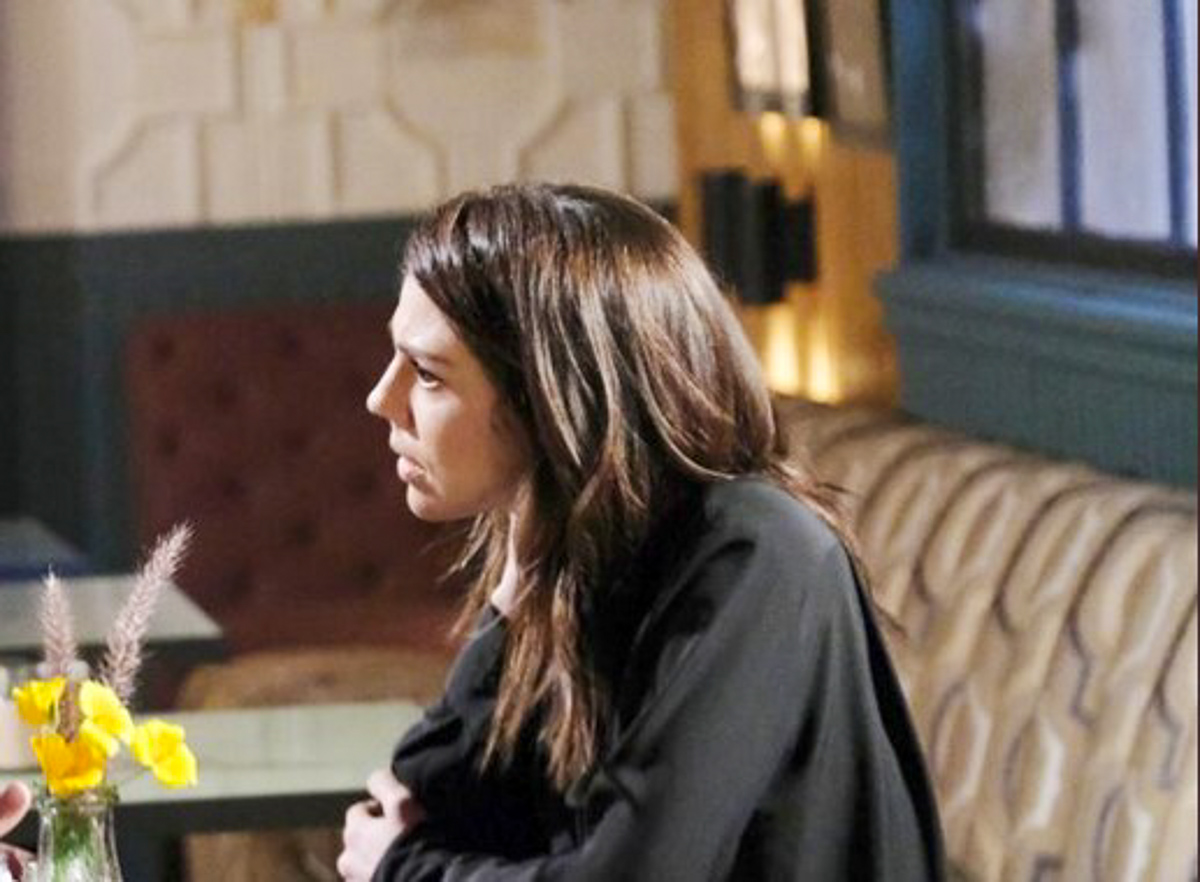 Days of Our Lives (DOOL) spoilers tease that Chad DiMera (Billy Flynn) is communicating with someone he thinks is his father, Stefano DiMera (last played by Joe Mascolo) via instant messages on his laptop. Whoever it is, they are in Salem once again, hiding out in Princess Gina’s (Kristian Alfonso) lair. It’s likely not really Stefano himself, since Joe Mascolo passed away and Days has always said they would never recast the role out of respect to the late actor.

It’s unclear at this point if Stefano himself is alive or dead, as the person communicating with Chad is likely to be Steve Johnson (Stephen Nichols) with Stefano’s memories Implanted in his head the same way that Princess Gina is currently in Hope Williams (also Kristian Alfonso) body. Princess Gina is all about Stefano’s new portrait that she has been painting. and has already remarked that he looks quite different than the man in the old portrait. This would still allow for Stefano to kind of be around without actually recasting the part.

Stefano agreed to meet with Chad on one condition, and that would be for Chad to beat his father in chess. Chad won, which is another hint that this isn’t actually Stefano. The implanted memories aren’t likely to include the chess playing skill since that’s not really a memory. But since Chad won, he is waiting for his father to contact him with details on when and where they will meet face to face. Stefano won’t necessarily want to meet Chad at this point, especially if he looks just like Steve Johnson. So he may have to give another reason for not showing up. And that will be where Abigail comes in.

Abigail DiMera (Kate Mansi), wants to scoop on Stefano’s return for the Invader. Stefano will likely only agree if Chad comes alone. So he will have to convince Abby not to follow him. But Abby will likely ignore Chad’s wishes and will follow him. Stefano is a dangerous criminal mastermind that has ruined the lives of most of his children, so Abby will have another motive for wanting the details of Stefano’s whereabouts. She will most likely want to turn him over to the police so he can’t hurt her family anymore. Just like Stefano knew when Abby sent him a message pretending to be Chad, he will also likely be quite aware she followed her husband.

Stefano will see Abby’s presence as a betrayal of trust if he thinks that Chad knew about it. He will likely then cancel the meeting and inform Chad that Abby’s presence ruined any kind of trust between them and there will be no future meeting between them.. Chad will be furious, which Abby will struggle to understand. Stefano is not someone they should be letting back into their lives, even if he is Chad’s father. OF course this will likely just be another reason for Stefano to not have to show his new face and body!

Days of Our Lives Spoilers – What do you think?

Will Stefano blame Abigail’s presence on his no show? How will Chad react when he finally comes face to face with Steve, but with Stefano’s memories? Will he still consider him his father or just a poor facsimile? It’s all about to hit the fan in Salem, so stay tuned to Days of Our Lives, airing weekdays on NBC. And don’t forget to check back here regularly for all your Days of Our Lives news, information and spoilers!