General Hospital Spoilers: Ava On The Mend – Meets Up With Trina To Solve The Puzzles In The Portrait 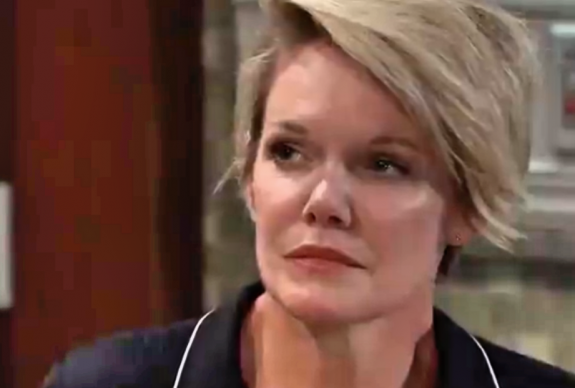 General Hospital (GH) spoilers tease that Ava Jerome’s (Maura West) extended stay at Shadybrook was good for her, even if the reason she committed herself was not a product of mental illness. Ava has needed a place to get away and take care of herself for a long time. So although Nikolas Cassadine (Marcus Coloma) is angry at Ava, his revelation that he was alive on Halloween was probably the best thing that could have happened to her.

When Valentin Cassadine (James Patrick Stuart) cane to ask Ava for the portrait of Helena Cassadine (Constance Towers), she gave him the same answer that she had previously given Jasper “Jax” Jacks (Indo Rademacher), that the portrait was in a safe place and neither one of them were going to get ia hold of it. That leaves Ava in a really good bargaining position and she should have some fun with it.

First things first, Ava will want to try to figure out the clues inside the portrait. Ava herself said she is a fairly avid follower of the artist that painted it and she has gotten quite good over the years of solving his puzzles. Look for Ava to get Trina Robinson (Sydney Mikayla) in on the fun so she can teach her what she knows that the artist. This will be a great time for Trina and Ava to bond and really cement a good working relationship.

GH Spoilers – But Then Reality Will Set In

Once Ava solves the puzzles and finds the codicil, she will realize just how important the painting is. She will likely send Trina home and make her swear not to tell anyone if they find the codicil. Ava has seen up close how ruthless Valentin can get so she will want to keep Trina out of harm’s way. At that point, she will decide what to do with this information. Spoilers indicate she will likely contact Laura Collins (Genie Francis) and they can decide together how to proceed.

Will Ava and Trina solve the puzzle and find the codicil? Will Trina and Ava bond over the teaching moment? Will she contact Laura and work together to decide how to proceed? Some enlightening moments are coming up so stay tuned to General Hospital, airing weekdays on ABC. And don’t forget to check back here regularly for all your General Hospital news, information and spoilers!