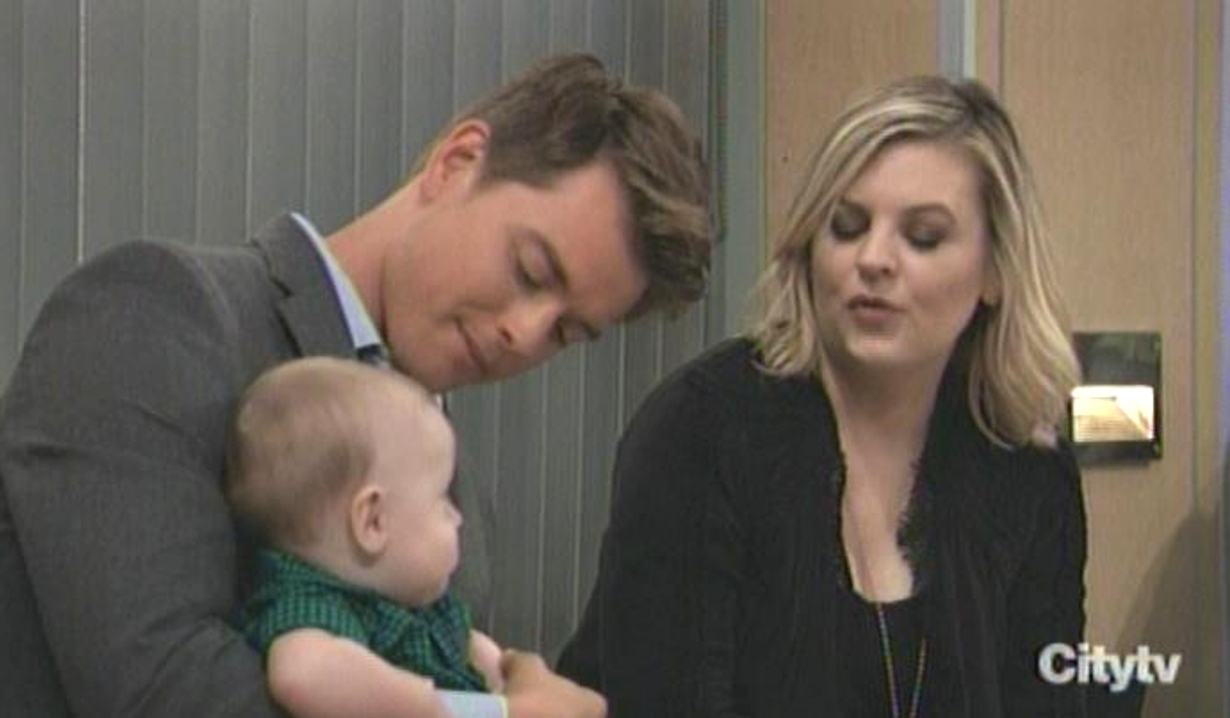 General Hospital spoilers tease that Michael Corinthos (Chad Duell) will offer to help in a situation in an upcoming episode of GH!!

The same day that Michael offers to help, his grandmother Bobbie Spencer (Jacklyn Zeman) will have some terrible news; other General Hospital spoilers tease that Brad Cooper (Parry Shen) will have been involved in a serious automobile accident along with Kendra Lennon (Michelle Argyris) and Alexis Davis (Nancy Lee Grahn).

It’s a good possibility that since Bobbie and possibly even Carly Corinthos (Laura Wright) will be supporting Lucas, that Michael will offer to take care of Wiley Cooper-Jones (Erik and Theodore Olson). Of course Michael will be concerned for his uncle if his husband Brad is at death’s door, but taking care of Wiley is always on Michael’s radar every chance he gets!

It sounds like at this point Michael still doesn’t know that Wiley is really his son, Jonah Corinthos; that is a secret that Brad has fought long and hard to keep, and so has Julian Jerome (William DeVry) once he found out. Julian may be one reason that Brad was involved in this accident; other General Hospital spoilers say that Julian was desperate enough to either put a hit out on Brad or do something on his own, taking drastic measures to get the weasel out of Lucas’ life and to keep the baby swap secret; it’s entirely possible that Julian may have tampered with the brakes in Brad’s car or cut the brake lines, so that when he was faced with Kendra coming full speed towards Alexis, he was not able to stop!

What If Wiley Cooper-Jones Was In The Accident With Brad Cooper?

There is a much more dark possibility which would give Michael a reason to help; what if Wiley was in the car with Brad when he wrecked? Poor Wiley may need a blood transfusion, and since Shiloh Archer (Coby Ryan McLaughlin) who is the birth father of record is dead, Willow Tait (Katelyn MacMullen) of course will step up to the plate – and find she is not a match for the baby’s blood! Usually blood is typed when the baby is born because the baby’s blood is tested for RH negativity, because it is rare, and means if the baby would ever need blood, it could be difficult finding a donor.

Persons with RH positive blood, which is much more common, cannot donate blood to a person with RH negative blood. While most RH positive blood types can receive O+ or O- positive blood if the A, B, or AB plus or minus types are unavailable, if a person is RH negative there is a serious situation. On a positive note, if it plays out this way, it may lead to the truth of Wiley being Jonah coming out and Michael finally getting his baby back, although it will be a tough loss for Lucas and Willow!