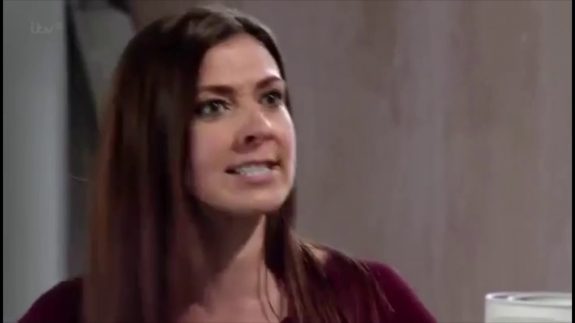 Coronation Street spoilers tease that Michelle Connor (Kym Marsh) will finally be getting her revenge on love rat Robert Preston (Tristan Gemmill). And needless to say, it won’t be subtle. Here’s what you need to know as next week is gearing up to be yet another exciting one for our favorite Weatherfield residents.

It will begin with Michelle telling Robert that it’s time to gather up their family to tell them about their upcoming wedding. But Michelle sure is being a sly one. Little does Robert know that Michelle has a huge plan to humiliate him as much as possible before they are scheduled to tie the knot. That’s because she knows that he’s been hiding his relationship with Vicky Jeffries (Kerri Quinn) behind her back.

Coronation Street spoilers tease that Michelle will be scheming on how she can swindle him out of every single penny that he has. She is going to make him suffer by digging deep into his pockets. What’s more, she will also tell Carla Connor (Alison King) that Robert hasn’t done enough to win her back. Clearly, she’s going to make him get down on his knees and pay with everything that he’s got.

Apparently, Michelle and Robert’s wedding is one that viewers are going to remember for a very long time. That’s because there’s a possibility that Robert might not make it out alive. Seeing how actor Tristan Gemmill is set to leave Coronation Street, we are betting that Robert might soon find out his fate. Of course, fans will have to tune in to Coronation Street for all of the action!

Tell us, do you think Robert is finally getting what he deserves? He’s been playing this two-faced game for way too long and sooner or later something was going to give. Unfortunately, Michelle had to sacrifice a lot of her heart, her energy and her time just to find out that her fiancé has been two-timing her with another woman this entire time. In our opinion, Michelle is still being way too nice to him!