Days of Our Lives Spoilers: Eli Warns Gabi That She’s Got A Target On Her Back 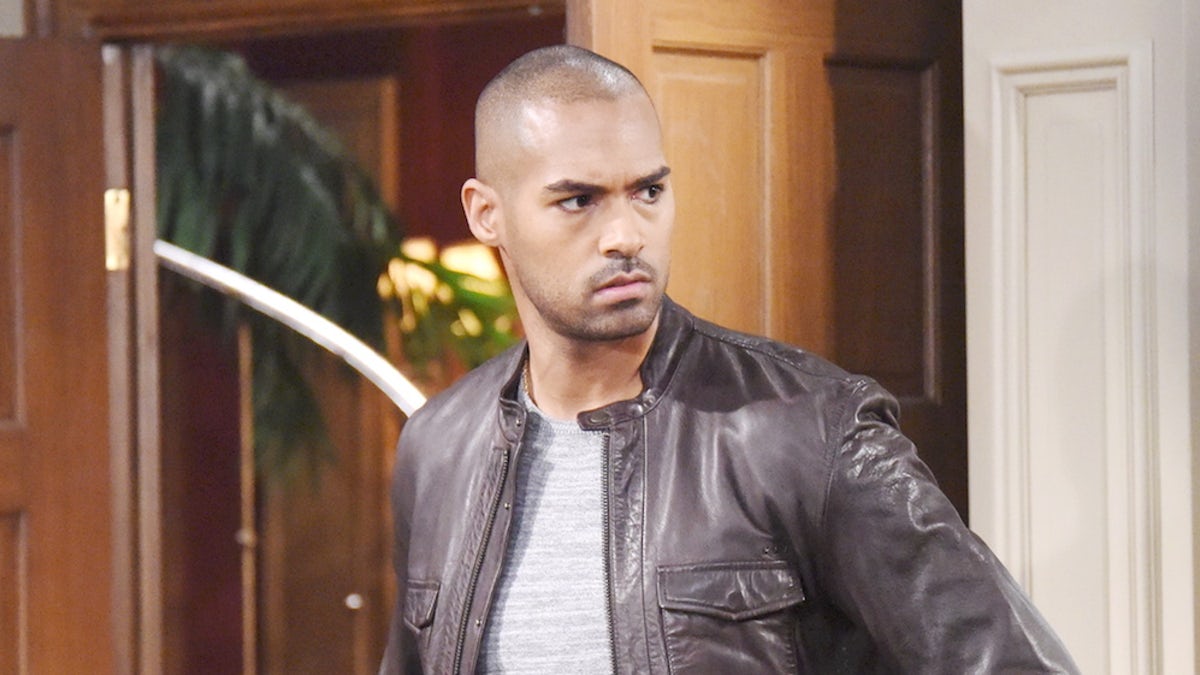 Days of Our Lives spoilers tease that Eli Grant (Lamon Archey) will warn Gabi Hernandez DiMera (Camila Banus) that Abigail and Chad DiMera (Kate Mansi, Billy Flynn) are onto him in an upcoming episode of Days of Our Lives!

Days of Our Lives viewers will recall from Friday’s episode, that Eli was just getting started looking in Chad’s laptop when Abby walked in and asked what he thought he was doing! Eli may be the head of security for DiMera Enterprises, but that doesn’t give him the right to search peoples’ computers, and especially not people who pay his paycheck!

Eli likely will give Abby a story about checking the computer for viruses or something like that. But what he was really doing is snooping for his now girlfriend Gabi, who is worried that Chad is plotting against her to get her rousted out of DiMera Enterprises!

A year ago, after Stefan DiMera (Brandon Barash) died, Tony DiMera (Thaao Penghlis) was offered the DiMera CEO job but Anna DiMera (Leann Hunley) didn’t want him to take it. They had gotten in an argument when he took it anyway but the situation was not resolved when the one year time jump occurred; apparently Anna won out because Tony and she are now said to be in Europe together.

In the meantime, because of Jennifer Deveraux’s (Melissa Reeves) fall and one year coma, Chad and Abby came back from Paris and it appears that Chad is now head of DiMera Enterprises in Salem again, but fighting with Gabi over it, who was CEO apparent after Stefan’s death- and as Days of Our Lives viewers already know, Gabi is NOT one to give up without a fight!

Days of Our Lives viewers should recall the story of how Gabi and Abby went from friends to frenemies to enemies, with Gabi getting revenge on Abby by switching the results of Abby’s paternity test, showing baby Charlotte DiMera (Chloe Teperman) to be Stefan’s child instead of Chad’s! Gabi sought revenge for going to prison for killing Andre DiMera (Thaao Penghlis) and being framed for it by Abby, who killed Andre in self-defense to begin with.

However, Abby was in a fragile mental state, and after Stefan meets Abby in a black wig, calling herself “Gabby” she was found to be suffering from dissociative identity disorder. Julie Williams (Susan Seaforth Hayes) discovered the faked paternity test and this is what led to her tumble down the stairs at the Kiriakis Mansion about a year ago, with herself and Gabi fighting over the proof that Julie had found in Gabi’s room! Chad and Abby remarried shortly thereafter and moved to Paris with their children. Days of Our Lives viewers can clearly see why Gabi is concerned that Chad and Abby would want revenge on her and be plotting to kick her out of DiMera!

Of course, after Eli gets caught by Abby looking in Chad’s laptop, he will know that Chad and Abby will be suspicious of him and have an eye out for everything he does! Gabi is correct that Chad and Abby are plotting against her but the proof is not likely to be in Chad’s laptop to begin with – however, communications from Stefano DiMera (last played by the late Joseph Mascolo) are!